Game Of Politics On Land To Poor 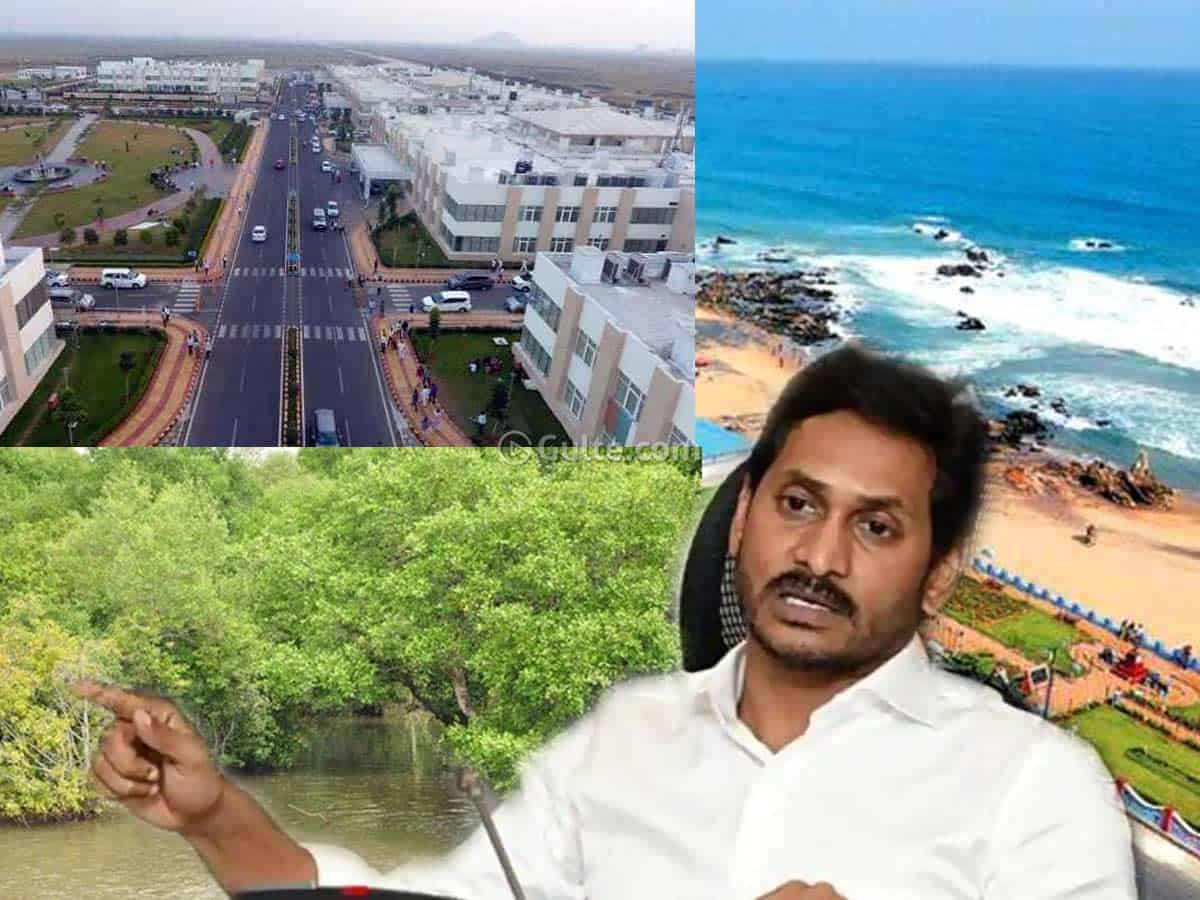 The YSRC government suffered a setback in its decision to allocate house sites to the poor in the capital region of Amaravati. The High Court suspended the government’s orders changing the Capital master plan with regard to house construction zone (R5 zone) for four weeks. The next hearing is slated for June 17. The petitioner argued that collecting public opinion was compulsory to change the master plan, stressing that local bodies and village committees should be consulted in this regard.

The YSRC government decided to distribute house sites to 26 lakh poor on March 25 in a big way, under ‘Pedalandriki Illu’ (houses to all the poor), one of the nine schemes under the prestigious Navaratnalu to which the YSRC government give utmost importsnce. However, the Covid-19 lockdown played spoilsport.

To make the scheme a reality, Jagan identified land pockets at various places in the state.

In Amaravati, Jagan decided to distribute 967.25 acres of land in the limits of Krishnayapalem, Venkatapalem, Nidamarru, Kuragallu, Mandadam, Inavolu villages, to the poor. To enable the distribution of land to the poor, he even decided to merge over 28 villages in the Capital region with the nearby urban local bodies and even made the higher officials request the State Election Commission not to conduct election in these hamlets. This way he wanted to separate the villages from the core capital region.

Soon as this news spread, YSRC detractors had said that excluding the 28 villages from the election process was an idea to avoid YSRC’s rout in the capital region as the farmers were up in arms against the state government for trying to trifurcate the capital and remove the sheen of Aamravati.

To assert his decision, Jagan further issued orders regarding the R5 zone which was suspended by the AP High Court on Friday.

With regard to the same scheme of distribution of house sites to the poor, mangroves in nearly 100 acres in port land at Kakinada was cleared which also drew criticism from the environmentalists and opposition parties, and the matter is still pending in the court.

In Visakhapatnam, the YSRC government chalked out a different plan to acquire land for the same scheme. It took away assigned lands from some and when they moved the court on the same, the judge asked AP government of what justice it was doing to the people by taking away land from one section of the poor and promising to give it to another section of the poor.

After the YSRC was voted to power in 2019, Chief Minister Y.S. Jagan Mohan Reddy decided to trifurcate the capital and relocate the administrative capital to Visakhapatnam, citing that building the capital in Amaravati is wrought with heavy expenditure of Rs 1 lakh crore which the state government cannot afford.

At the same time, he said that building the Capital in Visakhapatnam is much cheaper as it is already a developed city and would also be ready to compete with other major cities in the south like Hyderabad and Bengaluru, very soon. He also announced that the legislative capital would remain in Amaravati but that the judiciary capital would be shifted to Kurnool. By doing so, the YSRC government said development could be evenly distributed in the state. He faulted TD supremo
and former Chief Minister N. Chandrababu Naidu for doing the same mistake of focusing only on one city by picking Amaravati, like in the united Andhra Pradesh, which was likely to trigger regional differences.

Though Jagan cited many reasons and even supported his argument with some figures, political analysts sensed that it was the bitter rivalry between the TDP and YSRC that prompted Jagan to take such a drastic decision as the 33,000 acres acquired for building the capital, through land pooling, a massive exercise completed by the TDP government, would then mean a waste.

The analysts in political circles reminded that since the day Jagan assumed power, he had been reversing all the key decisions taken by the previous TDP government and that it points only to their animosity. The decision on the capital was also taken as part of rivlary, they said.

One other crucial thing Jagan announced right after assuming power was the utmost priority to be given to Navaratnalu and the launch of the same, which, he said, would better the life of the poor and downtrodden.

Now, coming to back to the capital issue, Jagan and his ministers are determined to remove the capital from Amaravati and ensure that it remains a ghost city by even ruining the land.

To achieve this, the YSRC government even decided to do away with the land pooled by the farmers. Accordingly, Jagan announced that he would give back the 33,000 acres to farmers who wanted to take it and also distribute more than 900 acres to the poor, as part of one of the schemes under Navaratnalu.

This decision raised the shackles of the farmers and they geared up to challenge it in the court. When the farmers expressed their objection, Jagan pointed to the clause in the Capital Region Development Authority (CRDA) which mentioned that some portion of the CRDA land would be distributed to the poor after development of the capital.

While Jagan tried to exploit this clause, the farmers too are fighting the legal battle basing on this same point.

Jagan seems to be stubborn in shattering the dream of world-class Amaravati which was planned by the TDP. He even set the time to shift the Secretariat to Vizag in May but his plans went for a toss due to the Covid-19.