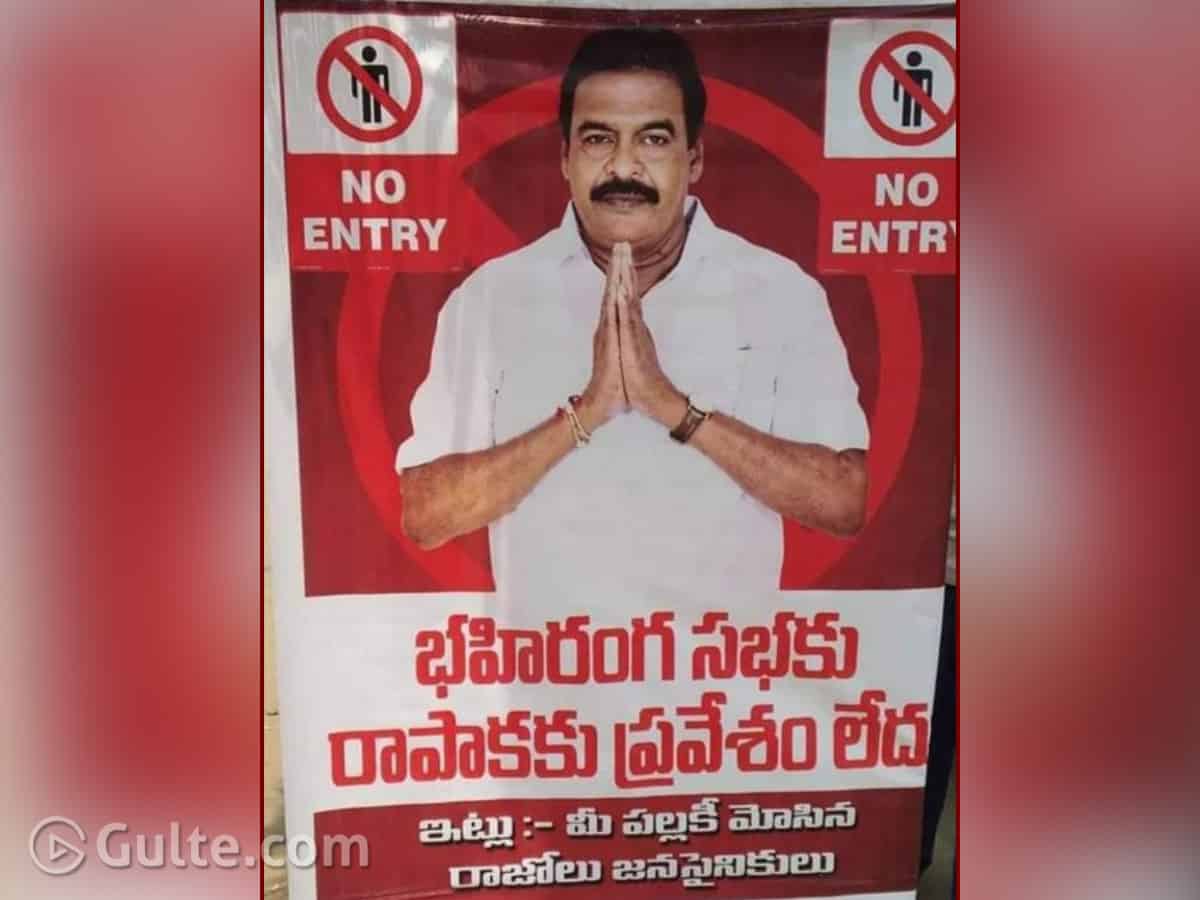 Jana Sena’s rebel MLA Rapaka Vara Prasad had enjoyed a good time till Panchayat elections. Situation turned upside down post the local body polls. The Jana Sena cadre of Razole worked tirelessly and bagged a good number of seats in the Panchayat elections and gave a befitting reply to Rapaka.

Yet again Razole Jana Sena cadre have shown their dissent against Rapaka. In details, Jana Sena is hosting a huge public meeting in Manikipuram and leaders across the state were invited for it. Not stopping here the cadre put up a banner near the venue and it has grabbed the eyeballs of the public.

Well it is a ‘NO ENTRY FOR Rapaka’ banner and it has the MLA’s photo too. Thus the local Jana Sena cadre made it clear that they would not entertain Rapaka further and even if he changes his mind and wants to return to the party, the doors are closed.

This is a terrific idea and probably all the political parties and their cadre should take inspiration from it and boycott elected leaders who switch parties for their own personal gains.