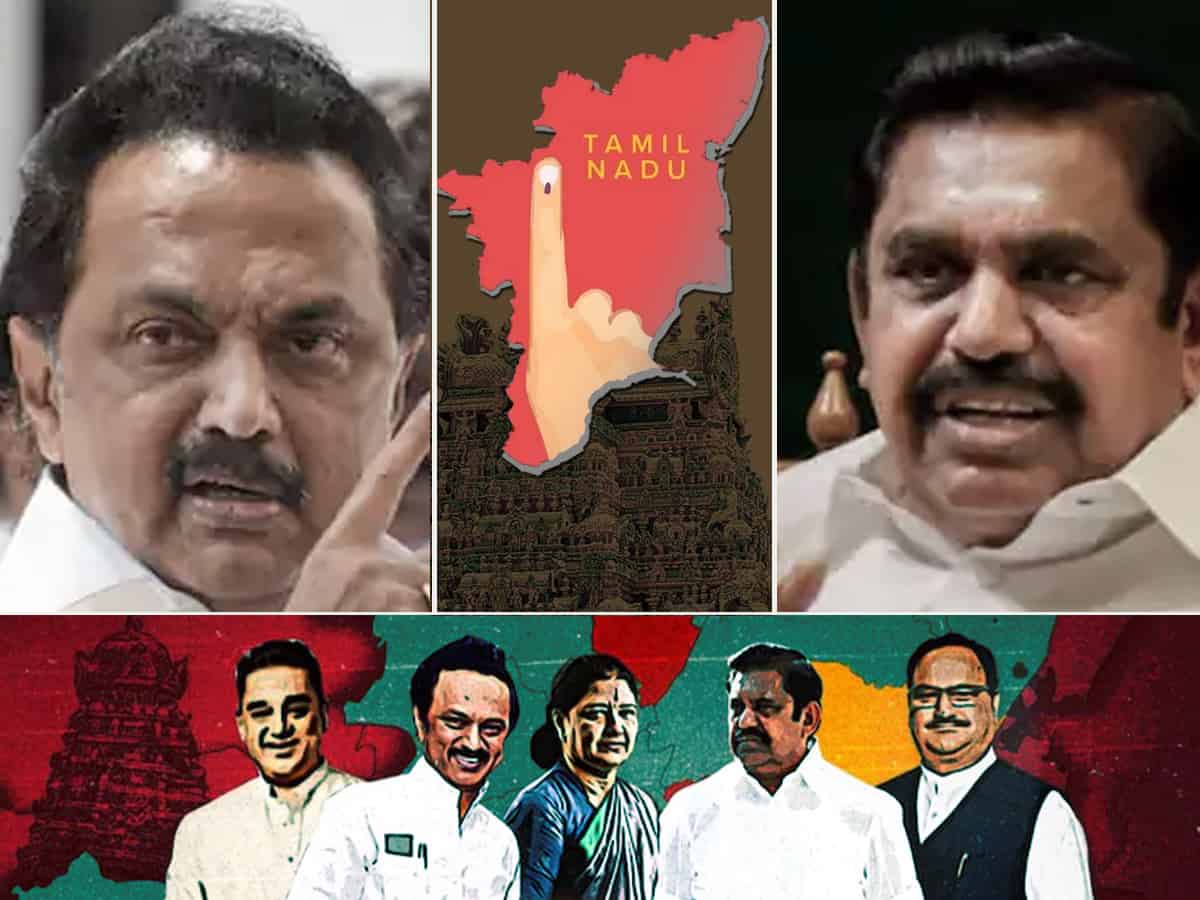 Indian democracy is unique for its diversity in many ways. There is no common political theme or electoral issue that wholly influences the mandate of the people. A combination of factors with relatively different degree of weightage to each, determine the electoral outcome.

Of course, the performance of the incumbent government is certainly under scrutiny, besides a host of factors like social engineering, alliance arithmetic, emotive issues pushing through the campaign, etc. contribute significantly to the election mandate.

Internal bickerings, corruption charges, lack of cohesive leadership haunt the ruling AIADMK in Tamil Nadu. The NDA comprising of ADMK, PMK, and BJP has to tide over the anti-incumbency with DMK led opposition strongly placed in the electoral battle.

The ruling AIADMK in a frantic bid to retain power indulged in social engineering by attempting to lure Vanniyars. Although SCs constitute 20 percent of the State population and Vanniyars only over 13 percent, the concentration of Vanniyars in the northern districts which send over 70 legislators to the Assembly, makes the community indispensable in the poll arena.

The EPS government provided 10.5 percent internal reservation to Vanniyars within the Most Backward Caste (MBC) of twenty percent. But, the election-eve enactment can prove to be counterproductive as the opposition is attempting for anti-Vanniyar consolidation. In fact, in the Vanniyar dominated districts, there is resentment in the community owing to the fact that they could muster a greater share of MBC reservations till now. Thus, ADMK is vulnerable on both ends.
The alliance arithmetic within the AIADMK led combine also has the potential to cost them dearer. The PMK which bargained for 40 seats had to agree to mere 23 seats in view of the realization of their long-standing demand of Vanniyar quota. The PMK has a vote share of about 6 percent. On the contrary, the BJP with a mere three percent vote share could walk away with 20 seats due to its political clout over ADMK leadership. This has not gone well with the PMK voters.

While the ADMK failed to accommodate Vijayakanth led DMDK, the DMK could ensure that VCK which has influence among SCs in its alliance fold. The DMDK and Dinakaran led AMMK though opposing both the Dravidian parties are expected to cut into AIADMK vote share.

The ADMK is also compelled to pay the bills for the BJP. The Tamil voters are disenchanted with the BJP due to the NEET imbroglio, imposition of Hindi, the proposal to construct an eight-lane highway from Chennai to Salem that passes through fertile lands, high petrol prices, etc. Besides, the saffron embrace may distance the minorities from AIADMK working to the advantage of DMK led alliance.