No Politics Behind Vijay’s Cycle Ride To Poll Booth 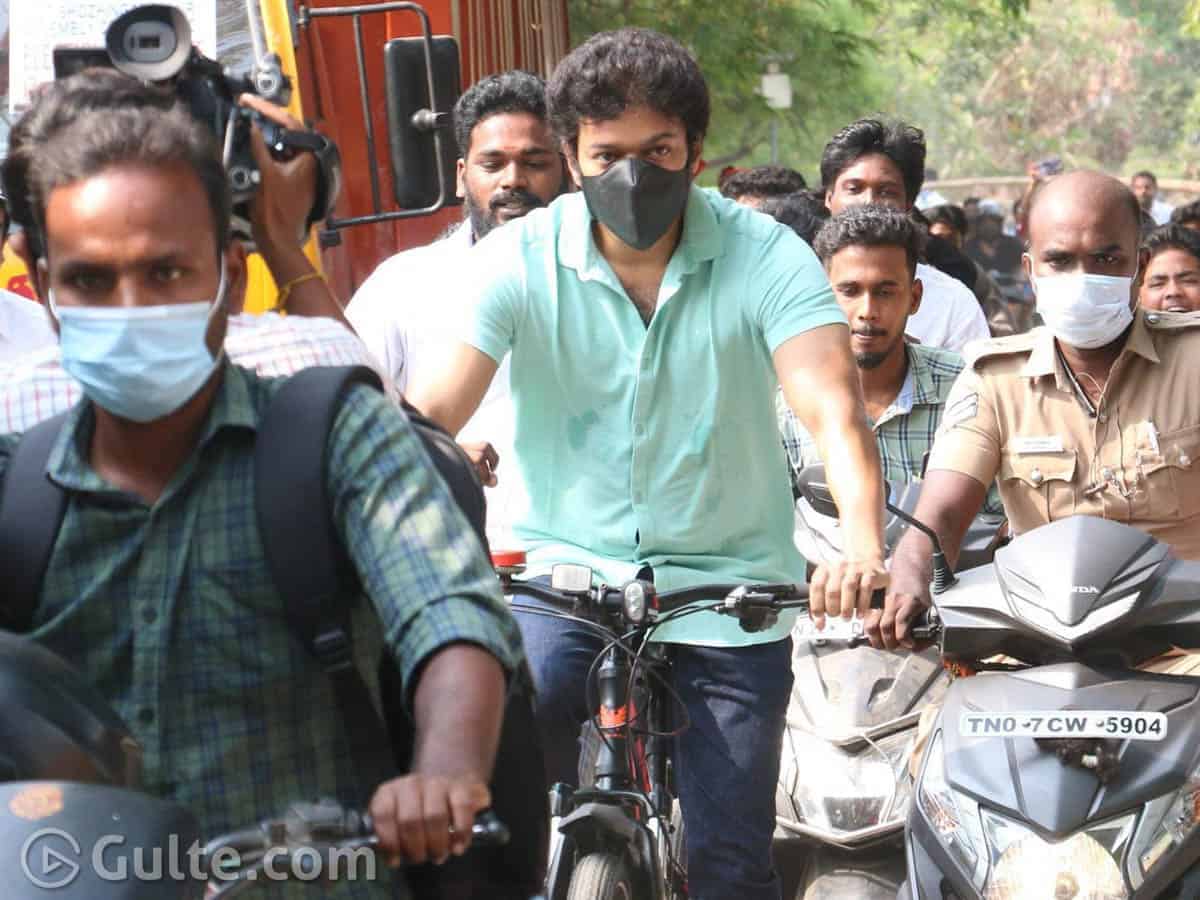 Yesterday morning, when the entire Tamil Nadu went to vote, Kollywood star Thalapathy Vijay created a sensation of sorts by going to the polling booth on a cycle. Needless to say, Vijay’s cycle ride has been a trending topic since then.

Soon after photographs and videos of Vijay cycling away to cast his vote went viral on social media, speculations began to arise that it was Vijay’s silent yet powerful statement against the BJP government for hiking the fuel price in the country.

In the past, BJP’s Tamil Nadu leaders targeted Vijay regarding his religion. Later, the income tax raids at his properties in Chennai were also rumoured to be politically instigated by the ruling party. In this scenario, Vijay’s bicycle ride did influence his fans ahead of the polling.

However, witnessing the nonstop speculations around Thalapathy’s cycle ride, his spokesperson issued an open statement on social media. He clarified that Vijay took the cycle ride only because the polling booth was quite close to his home and that reaching the booth in his car would have congested the traffic. “There was no other intention behind it,” clarified Vijay’s PRO.