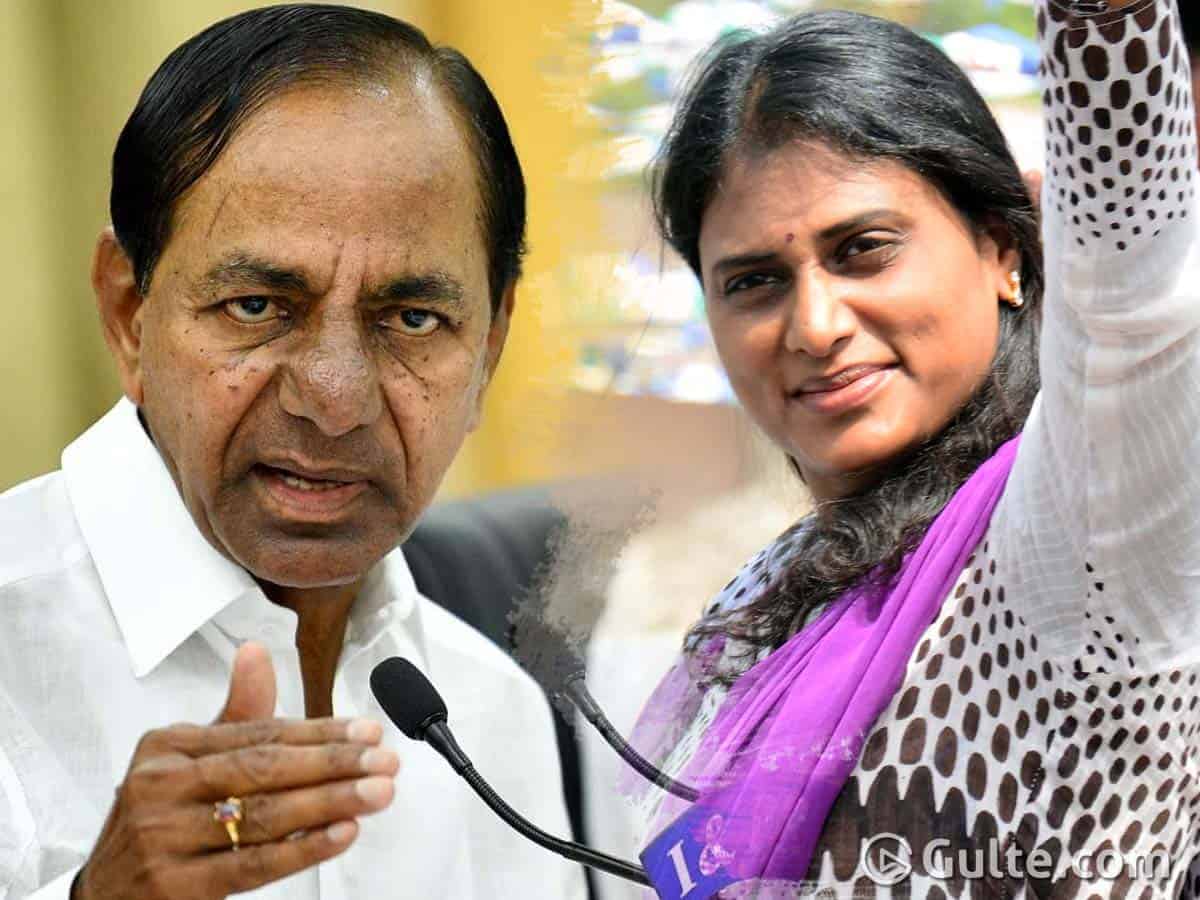 Andhra Pradesh Chief Minister Y.S. Jagan Mohan Reddy’s sister and late YSR’s daughter Y.S. Sharmila has been targeting Telangana Chief Minister K. Chandrasekhar Rao time and again ever since she announced her plans to float her political party in the state last year. He has been the one and only person against whom she has been fuming at during her speeches.

Sharmila held a series of meeting with YSR sympathisers, a public meeting in Khammam and even staged a dharna seeking notifications for 1.91 lakh jobs during the last few months in the run-up to launch her political outfit. During all these programmes, she trained her guns at KCR and made several unsavoury remarks against him. Though a novice in politics, she crossed all limits in slamming KCR and the TRS government.

She compared his rule to ‘gadi’ rule and denounced him for ensuring jobs only to his family members but not others. Where is Bangaru Telangana, she questioned and lambasted the TRS government for neglecting the Telangana martyrs’ families. She likened him to a bull for being non-chalant towards her criticism and demands.

Interestingly, KCR, who is known for his vicious and vitriolic attacks against his rivals and detractors, has been maintaining stoic silence despite disparaging remarks by Sharmila. During the Telangana agitation, he spared no political leader belonging to Andhra region. KCR’s quietness in the face of harsh criticism by Sharmila has been hurting his party activists and cadre.

Surprisingly, not just KCR but even his party leaders have been desisting from making any statements against Sharmila. There are doubts if KCR and his party leaders are waiting for the formal launch of the political party by Sharmila to react to her statements. Else, all her remarks can be considered personal in which case they do not warrant any reaction.

For some time, it was thought that reacting to her statements would have an adverse impact on the Nagarjunasagar bypolls but with the elections completed, are the TRS leaders weighing options before making any utterances against a woman leader?