Attempt To Assassinate My Character & Malign My Image: Etela Rajender 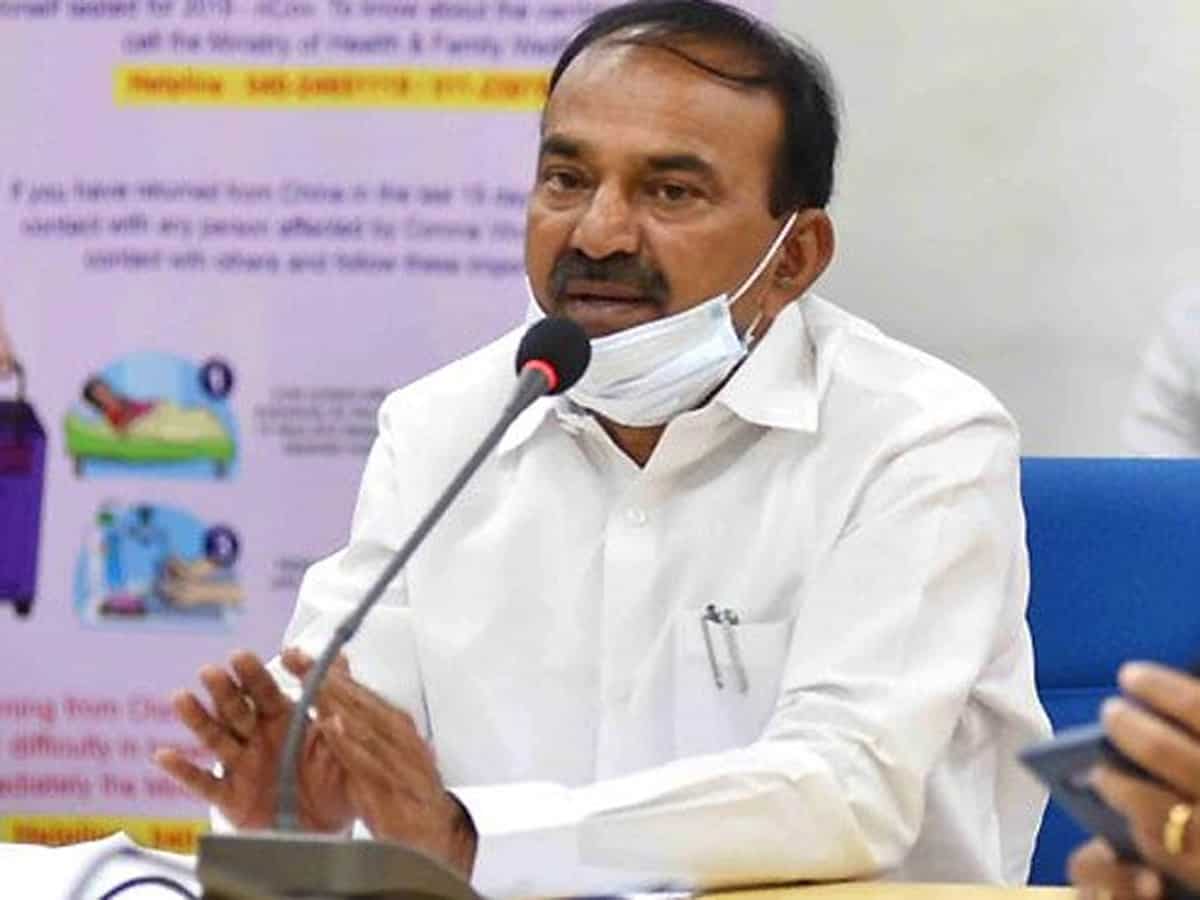 Responding to the allegations of land grabbing of assigned lands in Achampet and Hakimpet in Medak district, Health Minister Etela Rajender claimed innocence and not guilty. He said that his life is known to the people of Telangana and he need not hide anything. Etela demanded a total inquiry into the allegations against him and demanded that the inquiry should be done with a sitting judge in addition to the CM’s order to appoint a committee by the Chief Secretary and a committee by ACB Director General Purnachander Rao to conduct a fair probe into the allegations.

Etela explained how he and his family were into the poultry business from early days. He said he has grown with a lot of hard work in the business. Etela said that he has not made any mistake in the entire episode. He also claimed that not a single person from his constituency has ever complained against him over demanding money or harassing politically. He said he is ready to face any punishment if he is proven wrong. He added that he won as MLA six times with hard work and love of people.

Clarifying the caste allegations, Etela reiterated that he belongs to the BC community whereas he is married to his wife who is from Reddy community. He said he had named his son as Nithin and his wife had added the ‘Reddy’ tag to their son. Etela said he grew up in social-welfare hostels and added that he knows the woes of people. He said he has always helped the people irrespective of their caste, creed or religion.

Breathing fire on a section of news channels that aired rumours and bad propaganda against him to defame, demean his character and malign his image. He said that it is an orchestrated and sketched attempt to assassinate his character. “It is an attempt to assassinate my character and malign my image,” said Etela. Etela refused to go into details and who were behind him to malign his image. He said that he would fear no one and he would not bow down to anyone.

“Self-respect has always been utmost important to me. I won’t say I don’t care about the minister post. I accept that I respect my post. But when it comes to self-respect, nothing stands above it. Neither minister post nor money, nothing stands above my self-respect. I had fought against YS Rajasekhar Reddy and several others. I had played a significant role during the Telangana movement and the students of the OU and the people of Telangana are aware of me,” said an emotional Etela.