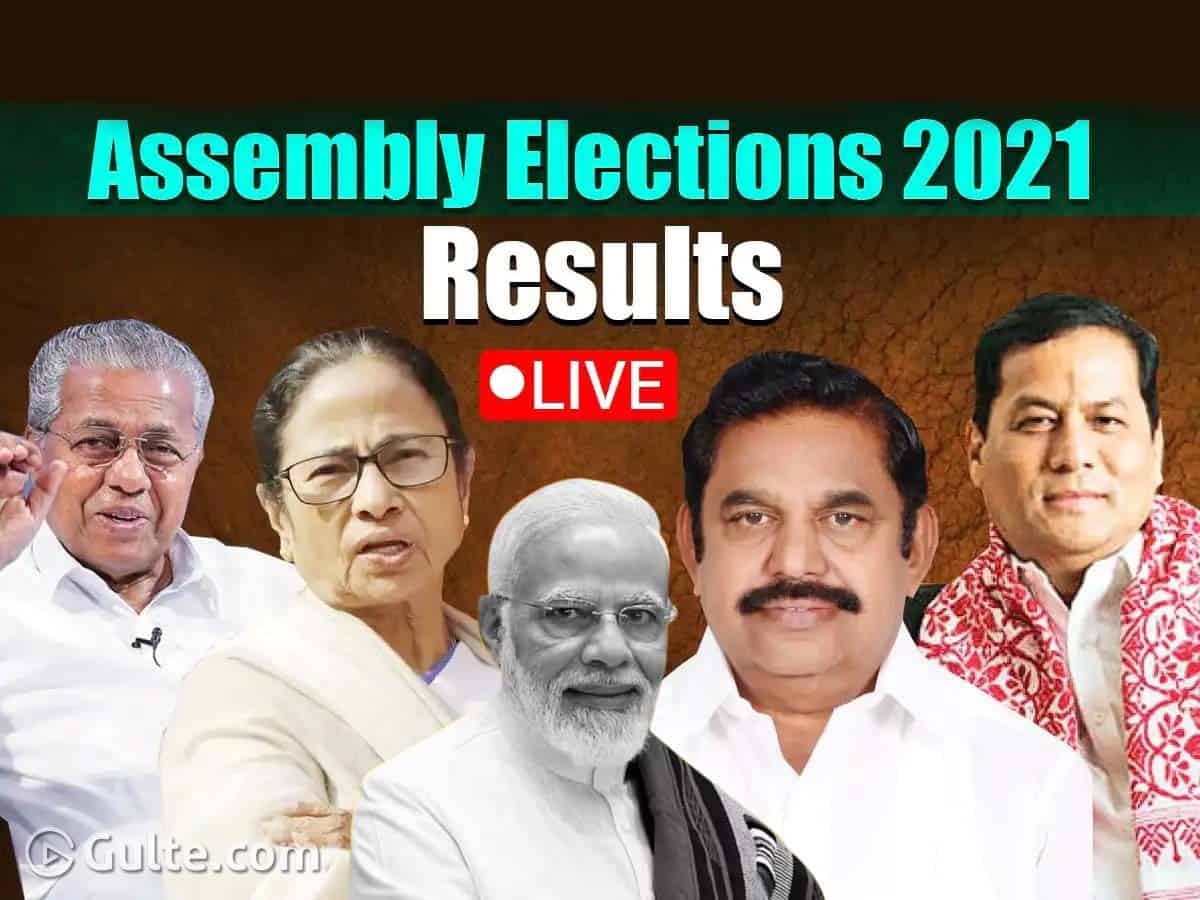 The counting for Assembly Election 2021 has began. Tamil Nadu, West Bengal, Kerala and Puducherry have gone for Assembly elections. Also, the counting for Tirupati Lok Sabha constituency in Andhra Pradesh and Nagarjuna Sagar Assembly in Telangana where the by-election is facilitated after deaths of the respective representatives.

As of now we update, Mamta’s TMC has swept West Bengal with a landslide victory. However, Mamata lost Nandigram to BJP’s Suvendu Adhikari. CPM is restricted to 2 seats. Stalin’s DMK has emerged as a clear winner in Tamil Nadu, the incumbent AIADMK has been voted out of power.

Kerala CM Pinarayi Vijayan’s LDF has won and Opposition has lost. In Assam and Puducherry, BJP & allies have clinched the power, leaving Congress behind.