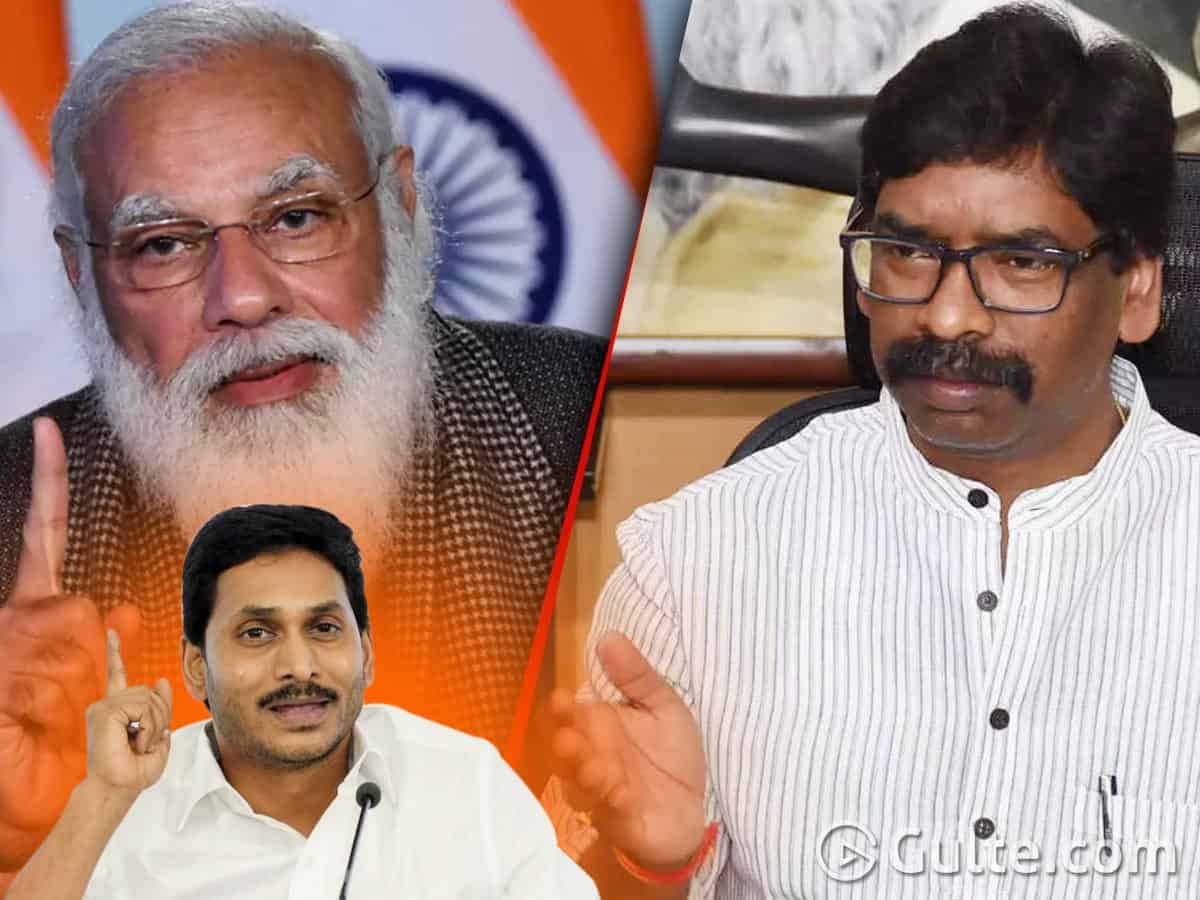 In a surprise AP CM YS Jagan has come to the rescue of Prime Minister Narendra Modi on the Covid-19 situation in the country. Going into details, Jharkhand CM Hemant Soren took a swipe at PM Modi and the way the Centre is handling the virus crisis.

Last night Hemant received a call from PM Modi. Both had discussed about Covid-19 status quo in Jharkhand state. But Hemant was not happy what he spoke to PM Modi and after the phone call, he took to his Twitter handle and tweeted what he felt like.

“Today, the respected Prime Minister called. He only spoke his mind (Mann ki baat). It would have been better if they had talked about work and listened to work (kaam ki baat),” tweeted Hemant. The Jharkhand CM clearly says that the phone call had no significance and PM Modi just talks and doesn’t listen to others.

However, AP CM Jagan stepped into the scene and kind of came into the defence of PM Modi. “Dear @HemantSorenJMM, I have great respect for you, but as a brother I would urge you, no matter what ever our differences are, indulging in such level of politics would only weaken our own nation. In this war against Covid-19, these are the times not to point fingers but to come together and strengthen the hands of our Prime Minister to effectively combat the pandemic,” tweeted Jagan out of nowhere.

Saptagiri Ulaka in his tweet wrote, ‘Really sad to learn son of such a tall leader from Congress Late Shri Y. S. Rajasekhara Reddy ji is now playing doodle-doodle with Modi for petty politics fearing CB, ED raids. Grow up @ysjagan, you are a CM now ‘.

Saptagiri Ulaka tweet is to emphasize Jagan’s support tweet for Modi days before a CBI court is to hear a case seeking cancellation of his bail in connection with alleged iregularities in land allotment to pharma firms when late YS Rajasekhar Reddy was CM of AP.

Wonder what made Jagan to come into scene and why he came to the rescue of PM Modi?