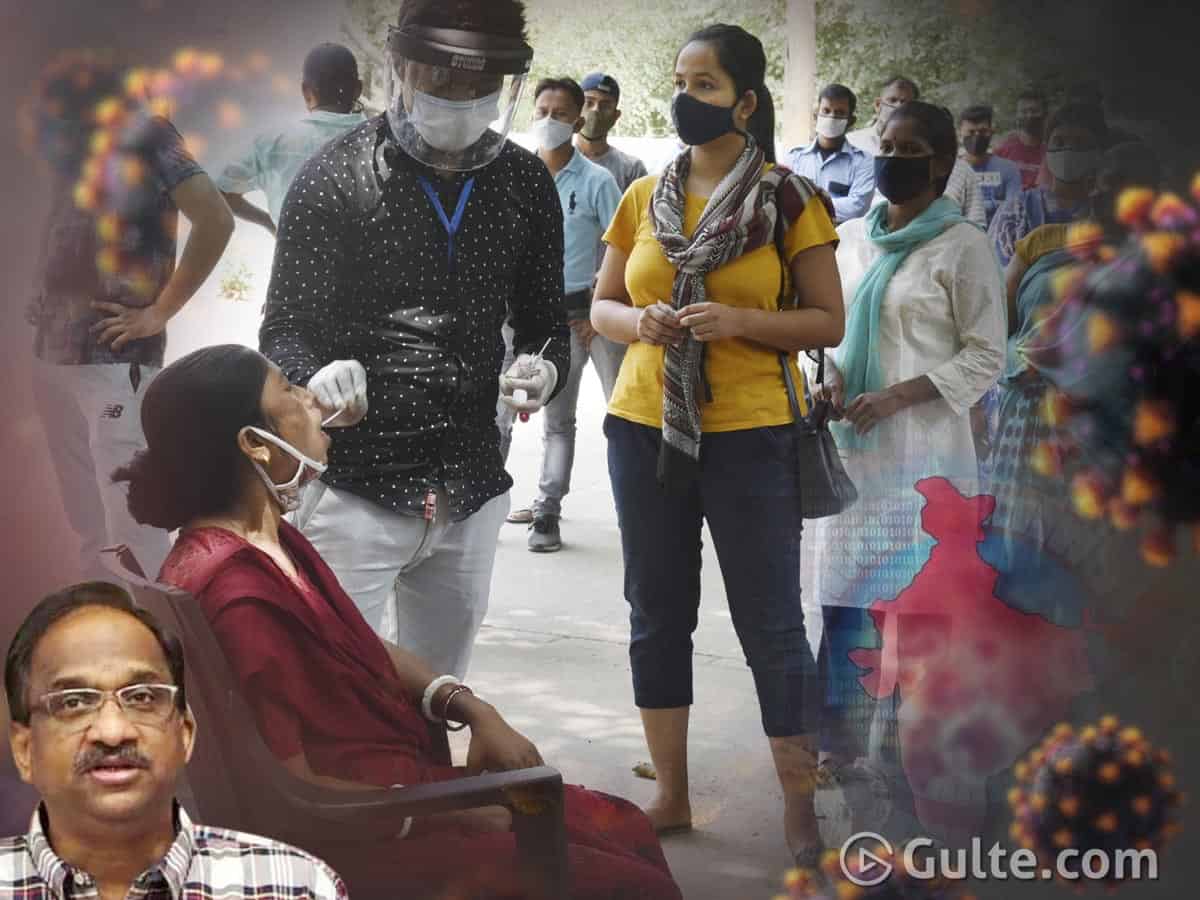 Is the second wave waning? This question can be answered essentially by looking at statistics related to two important parameters. First, the number of daily new cases. The second, the positivity rate. Both have to be measured on a time scale as there are daily fluctuations in these numbers.

The data released by the government of India give a satisfactory picture of both these two crucial parameters. The daily new cases measured on an average in a week ending with May 8 stood at 3.92 lakhs. This has come down to 3.41 lakh cases in the week ending May 15. Similarly, the test positivity rate (TPR: the positivity rate refers to the number of people reporting COVID positive as a proportion of the total tests done) has also declined from 22.6 percent to 19% during this period. This is refreshing information as daily new cases were above four lakh for several days.

Professor Bhramar Mukherjee, a leading professor of biostatistics in here series of media interviews estimated that India will witness a daily new caseload of 4 to 5 lakhs with over 3000 deaths during the first week of May and 8 to 10 lakh cases with over 5500 deaths by the middle of May. Judged against these predictions, the dip in the daily new cases and the positivity rate is certainly encouraging.

But, any premature celebration may prove to be disastrous given our experience with the first wave. There are two caveats here.

The fall in the cases happens when over twenty states are in full or partial lockdowns. The number of cases will decline as lockdowns break the chain of transmission. Sustaining this fall even after relaxing the restrictions is key to conclude the trajectory of the second wave.

Second, the deaths continue to be around four thousand. This, perhaps indicates that many of those infected are not tested, as the death rate is not expected to increase dramatically (Death rate refers to the ratio between COVID deaths and those who have tested positive for the virus).

Therefore, any premature assumptions and predictions on the progression of the second wave can prove to be disastrous. The virus is still evolving. The mutations are resulting in new variants which can be more infectious and more lethal. India has vaccinated with two doses to around 3 percent of its population only till now. The African nation, Seychelles is reporting an increased number of cases despite vaccinating 62 percent of its population. The world is still not sure about the period of protection vaccines offer. Given these uncertainties, any let-down in our guard against the deadly virus is uncalled for.