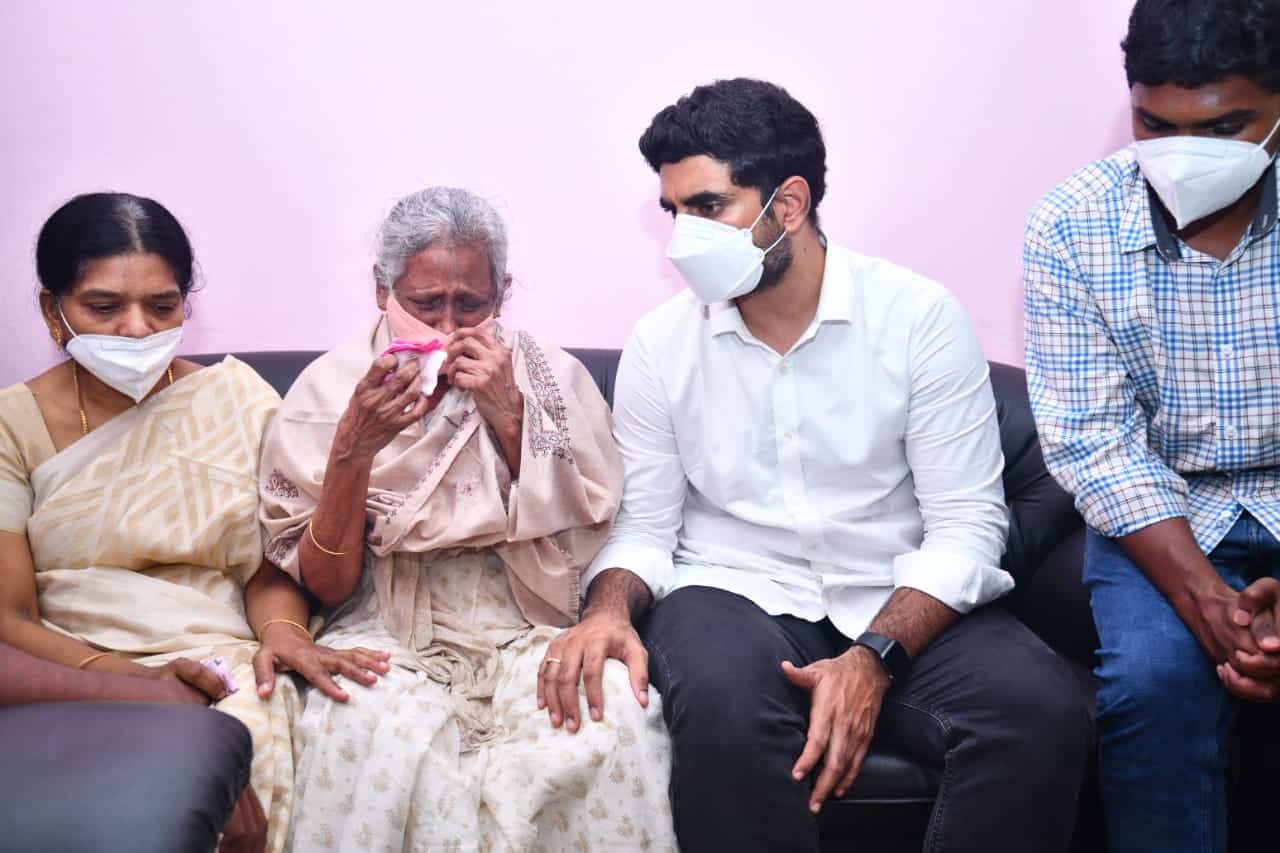 Former minister and TDP general secretary Nara Lokesh, who paid a visit to late Dr Sudhakar and offered condolences, breathed fire on CM Jagan and his administration for the death of Sudhakar. Calling this ‘murder’ of state government, Lokesh has demanded the state government to pay a compensation of Rs 1 Crore to Sudhakar’s family.

Lokesh said that it was sad to see Sudhakar passing away without getting due justice. Lokesh said that attacks on dalits should be ended. He asked CM Jagan to throw away ‘Raja Reddy Constitution’ and implement Indian Constitution drafted by BR Ambedkar. Lokesh spoke to the family members of Sudhakar and assured them of support from TDP.

It can be noted that Dr Sudhakar had worked as anesthetist at Narsipatnam government hospital. His critical comments during first wave of Covid had gone viral as he demanded that N95 masks should first be shared with frontline workers, medicial staff.

Sudhakar had expressed shock over the masks were available to leaders but not to doctors and health workers. With such comments came from governemnt doctor, AP government had suspended him from his duties.

Later, Sudhakar’s hands were tied and beaten up by police for allegedly creating nuisance on road. He was alleged of mental instability and was said to be inebriated condition. He was admitted to mental hospital on the advice of KGH authorities and was put under observation. The High Court had ordered for CBI probe into Sudhakar’s issue.

While a CBI investigation was under way in the whole episode, Sudhakar was said to have gone into depression over the delay in the judgement. Meanwhile, he suffered a heart-attack and passed away.

The CBI verdict in Dr Sudhakar’s case is expected in a few weeks. His family is quite distraught over Sudhakar’s sudden death.