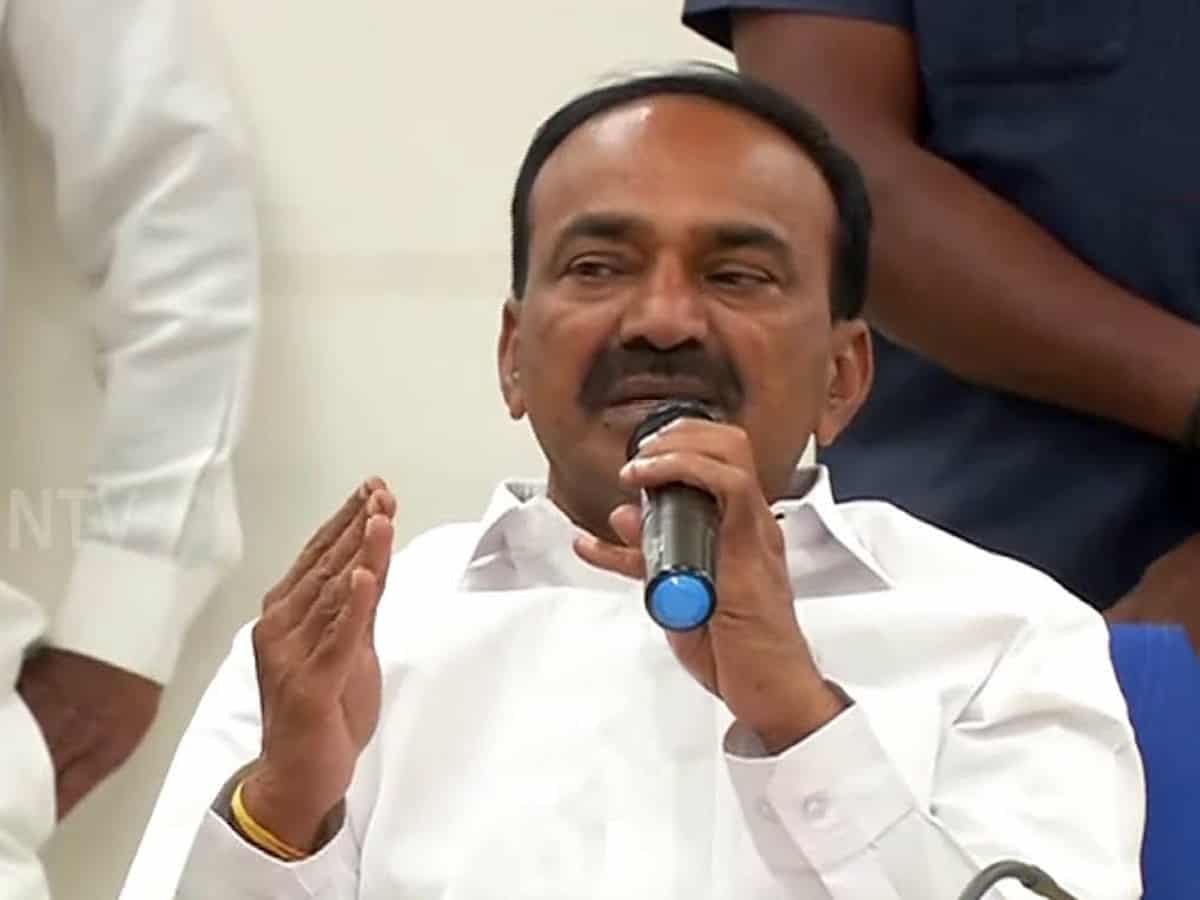 After three days of tour in New Delhi, MLA Etela Rajender has returned to Hyderabad this morning. He got a rousing reception from his followers and after reaching his home at Shamirpet, he met them personally and discussed about his future political plans.

Etela is said to have decided to quit TRS party and resign to the MLA post. Accordingly the former health minister has called on the media for a press meet tomorrow at 10:30 AM. Tendering his resignation to TRS and MLA, Etala is also expected to make key announcements of his plans for future.

It is almost confirmed that Etela would be joining the BJP and we hear that it would be on June 6th. So the by-election for the Huzurabad constituency would be inevitable and the BJP will once again try to showcase its power to counter the ruling party.

Finally one more TRS leader from the agitation moment has made the exit.