Digital Mahanadu – Never Before Ever After 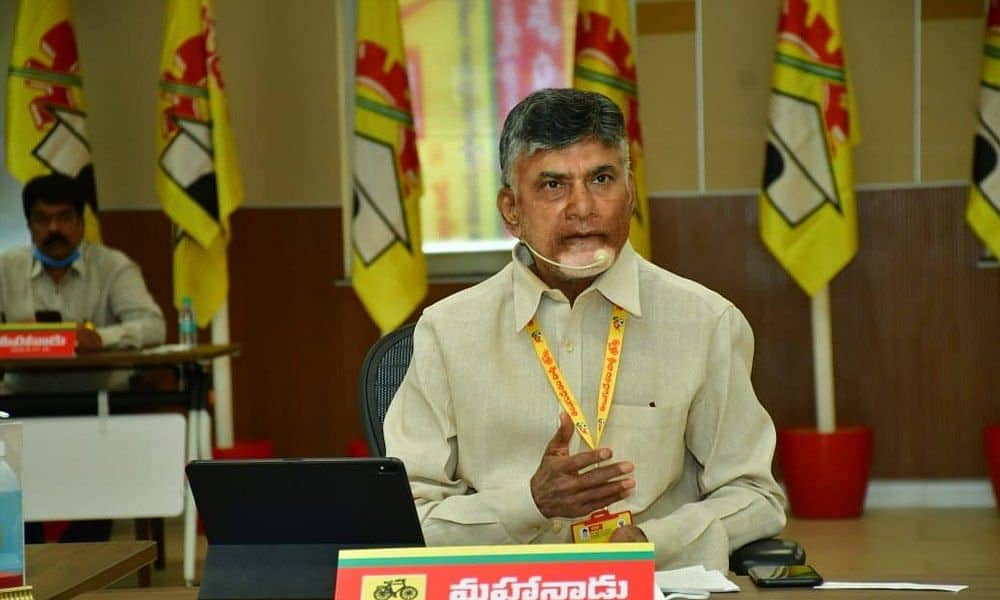 The Telugu Desam Party has become the first political party in the country to hold the party’s conclave, Mahanadu, digitally at the party’s head office in Mangalagiri on Wednesday. As many as 25,000 party activists attended the conclave by downloading zoom app and taking part in the webinar.

Party supremo and former chief minister N. Chandrababu Naidu said the party annual meeting was being held online, following the physical distancing norm that came into existence with the Covid-induced lockdown. He thanked the development in technology which has made the online meet possible.

Naidu thanked all the party leaders and activists for sticking to the party even when they faced harassment from the YSRC-led government during the last one year. He lamented that many of the TD men were affected physically, mentally and even financially.

He alleged that the YSRC government, under the leadership of Y.S. Jagan Mohan Reddy, has ruined the state in all aspects with its misrule in the last one year and pushed the state into a bankrupt situation.

The YSRC men even threatened many of the TD leaders to switch loyalties, he alleged. “Despite pressure from the rival party, many leaders and activists stuck to the party and I respect all of them,” he said.

He reminded that development works were taken up on a large-scale during the TD rule and that Hyderabad had developed into a cosmopolitan city only due to works implemented by the TDP. Naidu also claimed credit for developing Cyberabad along with the twin cities of Hyderabad and Secunderabad.

Naidu reminded the self-respect motto with which the party was formed by former CM and party founder N.T. Rama Rao. He called upon the party cadre to overcome the political obstacles being faced with self-confidence. He urged the party men to always keep the interests of the people in mind and work for their welfare.

He lambasted the Chief Minister for not being able to bring investments to the state in the last one year. Instead, the “reverse policy” has turned away all those who showed interest in investing in the state, he said.

On water sharing, he said that AP and TS officials should try to sort out the differences by holding discussions. He faulted the CM for stalling the Amaravati works and thereby, leaving the farmers who sacrificed their lands for the capital city, in lurch.

Naidu also fumed at Jagan Mohan Reddy for failing to contain the spread of Covid-19 pandemic by taking strict measures. “The CM took light of the virus and even said paracetmol and bleaching powder will control the spread of the virus which exposed his ignorance,” Naidu pointed out.

TD national genral secretary N. Lokesh remained the centre of attraction at the Digital Conclave by shedding weight. It is being said that he lost 20 kg during the two-month lockdown period.