Seethakka Gets Emotional As Naidu Visits Her Mother! 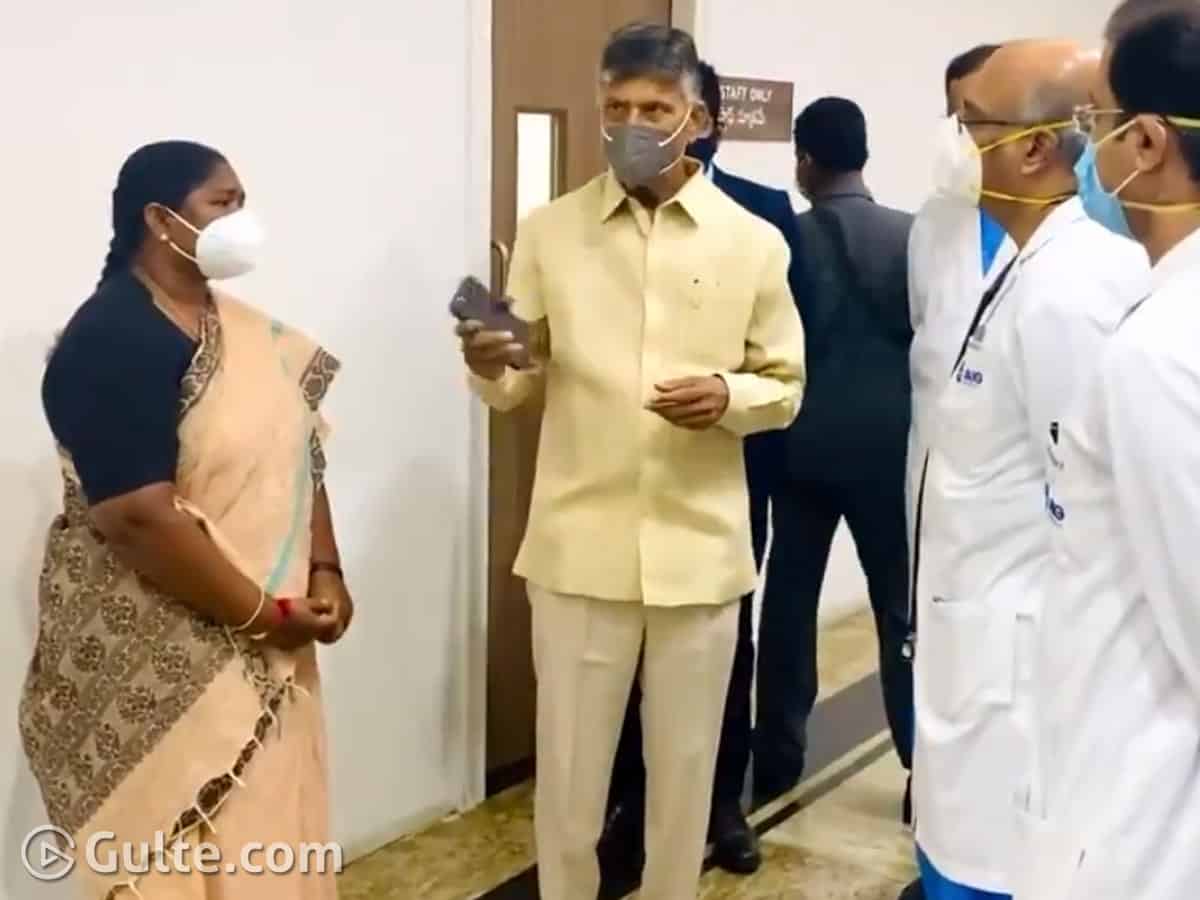 Mulugu MLA Seethakka turned emotional when TDP chief and former CM Chandrababu Naidu paid visit to the hospital where Seethakka’s mother is getting treated. Seethakka’s mother has tested positive for Covid-19 and she is put on ventilator at AIG hospital.

Chandrababu visited the hospital and spoke to the doctors who are treating her. Naidu inquired about her health and also boosted the strength, morals of Seethakka. He told Seethakka that her mother would overcome Covid and asked her to be strong.

Interestingly, during his visit, Naidu has also shared several good things about Seethakka to the team of doctors who are treating her mother. He told them how a former naxalite came into politics and serving the people. Seethakka has got emotional as she didn’t expect Naidu to visit the hospital personally in this hour of pandemic.

“After my mom comes out of ventilator support it will be the first news that she will get to know anna that you have asked about my mother and gave me courage in AIG Hospital.Thank you so much @ncbn anna. @RahulGandhi @priyankagandhi @manickamtagore @JitendraSAlwar #COVID19”

Seethakka was first elected to Assembly in 2009 from TDP. In 2018, she won on Congress ticket in Telangana state. Telugu states might have divided, but Chandrababu Naidu has always continued his relations with the former TDP leaders and leaders of Telangana. In a recent interview, Seethakka praised Chandrababu Naidu and found fault with the ex TDP leaders who are abusing him. Looks like, Naidu is impressed with Seethakka’s good words for him.