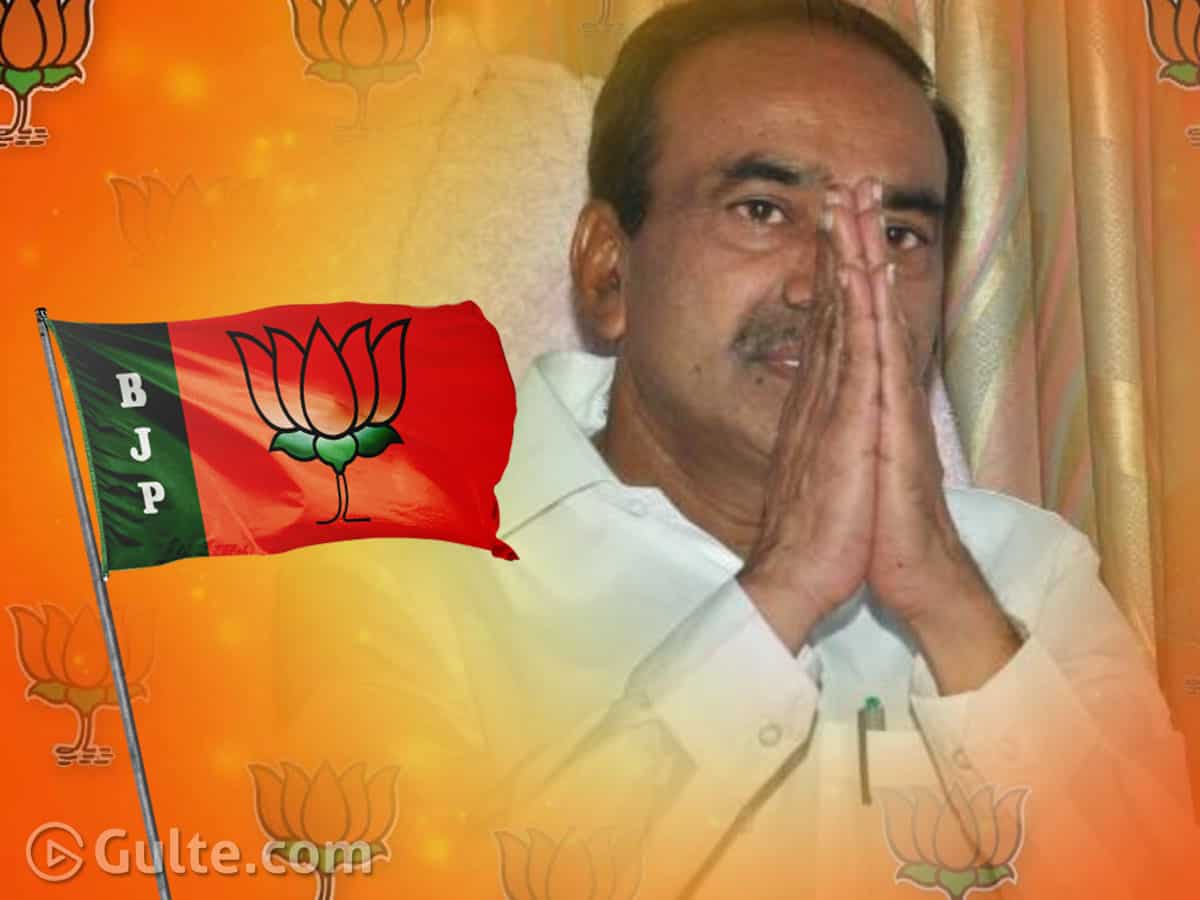 Ex-TRS leader Etala Rajender has locked the date to join BJP. Initially, there were reports that Etala would join BJP on June 11th in the presence of BJP National President Amti Shah. But for some unknown reason, it’s not happening tomorrow.

Nonetheless, Etala’s inclusion in BJP is confirmed and it would take place on June 14th. Etala will be flying to the national capital on Monday morning and in the presence of BJP Working President JP Nadda, Etala will take up the saffron flag.

However it is still unclear when Etala would resign to his MLA post. He is yet to send his resignation letter to Telangana Assembly speaker Pocharam Srinivas Reddy. In case Etala joins BJP without resigning to the MLA post, TRS is planning to file a disqualification of him.

If Etala is disqualified, he might not get a chance to contest the by-poll, as per the anti defection law. Whatever the consequences are, the Huzurabad by-poll would be interesting to see.