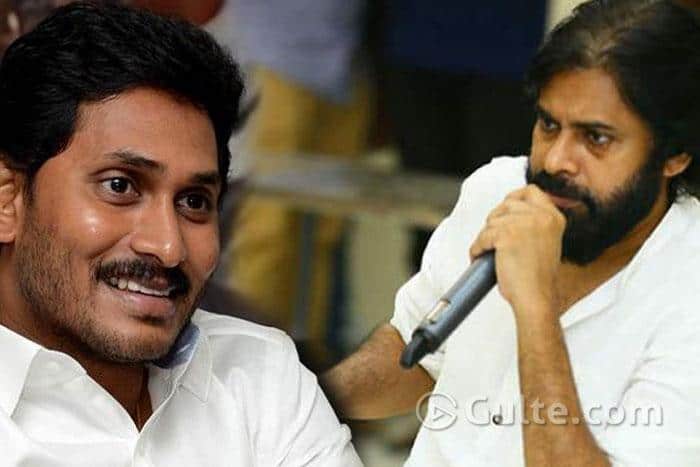 YS Jagan government’s one-year rule has been the topic all over with success-failure ratio analysis, criticism, and mixed reactions. Not just the voting public, but the major political parties expressed their experience in the one-year rule of Jagan in the state of Andhra Pradesh, except the Janasena party. The Janasena chose to ‘praise’ BJP’s one -year rule than to ‘criticize’ YSRC’s one-year rule, though he can do both.

Pawan Kalyan who used to respond on a burning issue after a week since it happens is very much active on social media these days chanting the names of bigwigs, veterans, and founders of BJP, more than revealing his stand on issues in the state. Obviously, he tweeted praises during commemorating BJP’s one-year completion in rule with some strong extolling words about PM Narendra Modi.

The question here is why is Pawan Kalyan not interested in putting his or his party’s (read Janasena not BJP) opinion on YSRC’s one-year rule in the state of Andhra Pradesh? While the BJP gave some shoutouts about Jagan’s policies in the last one year rule along with some negative feedback, it was a mixed one after all. On the other side, Chandrababu launched a detailed critique with hashtag #1YearOfMassDestruction, but not a word on it from Pawan Kalyan.

Pawan Kalyan had been the obvious critic against Jagan’s rule since the beginning. Being in the opposition won’t let him praise the latter’s rule, but he could have done the usual criticism which he did not, surprisingly. Is it because the state BJP already released some positive statements and Pawan Kalyan’s just did not want to contradict and condemn them or is it because the high command (read BJP here) ordered him to ignore the topic for the now? Or Is it because he is afraid to criticize Jagan’s rule?

Well, these questions won’t be finding any answers for now. Maybe, the Janasena leader must have preferred to praise the BJP on the first anniversary than to lash out at YSRC on the same occasion. Though Pawan Kalyan did not want to release a progress note for Jagan’s one-year rule, the YSRC fans are not leaving this chance to commemorate Pawan Kalyan’s disastrous defeat at Bhimavaram and Visakhapatnam, with a flood of memes and jokes.