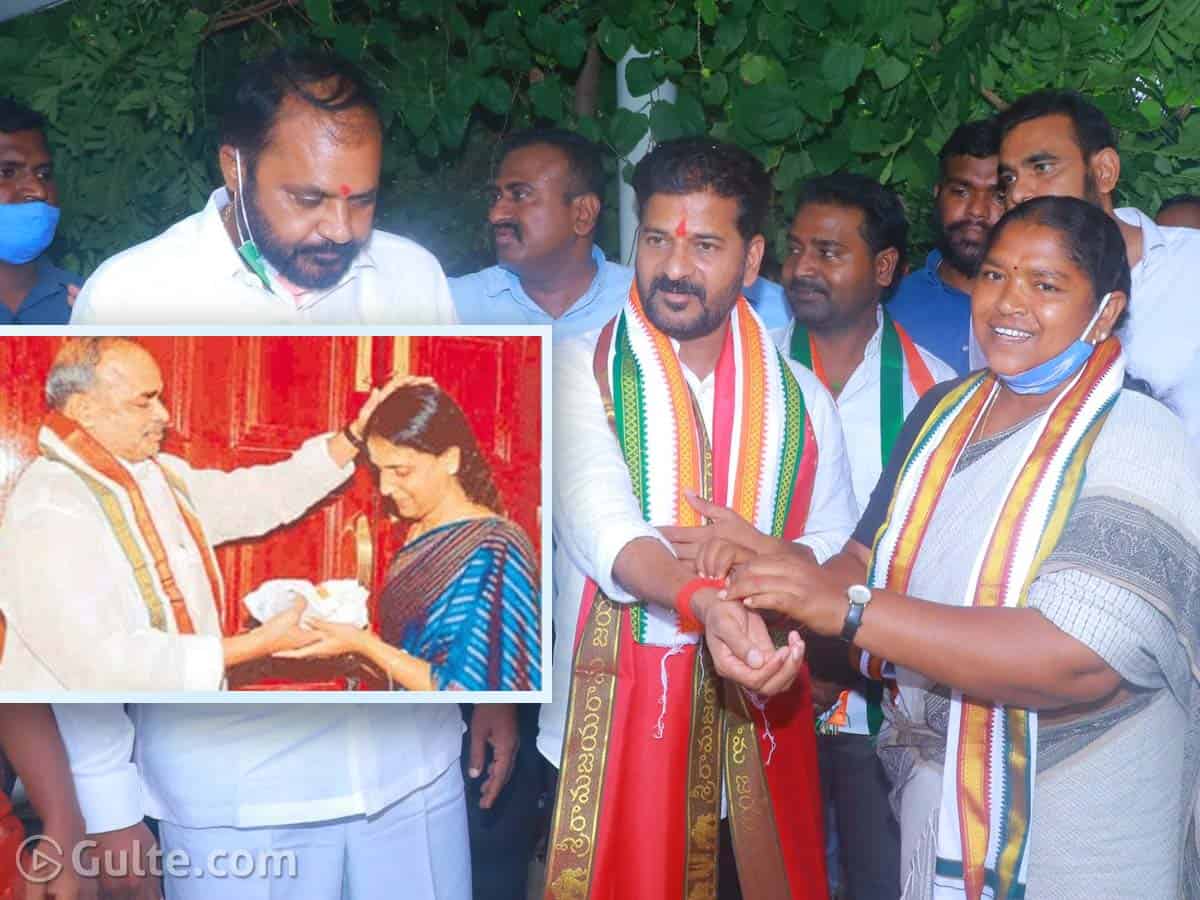 YS Rajasekhar Reddy had encouraged many leaders. YSR had encouraged them based on their talent, their service, their family history and et al. The Congress party, which usually has many camps within the party, had a YSR camp that had leaders from all the other camps in the party.

Similarly, Revanth Reddy and Seethakka share a good brother-sister bond. Both are hard working leaders in Congress. With Revanth Reddy being made as the T-PCC president, it is expected that Seethakka would play a large role in the party although she doesn’t hold any official post.

Seethakka aka Danasari Anasuya made a special mark in Warangal politics. Even in Covid times, she went all out in reaching out to people. During the first wave of Covid-19, she had covered nearly 500 villages and distributed food, essentials in Mulugu district. Even during the second wave of Covid, she reached out to remote thandas and villages and handed over the relief material to tribals.

Seethakka, who herself belongs to the Koya community, is well aware of the difficulties of tribals and always stood by them. Notwithstanding sweltering temperatures and rocky, rough terrains, she stood by villagers and tribals in remote areas during tough times. She proved herself as a grassroots leader.

Witnessing her work, Rahul Gandhi praised Seethakka and complimented her for her work. As she turned out to be a big supporter of Revanth Reddy, it is buzzed in the Congress circles that she would soon get importance in the party as Revanth Anna would encourage her. Many in the Congress are comparing the Revanth-Seethakka duo as the YSR-Sabitha combo. It needs to be seen what is in store for Revanth and Seethakka. No doubt, Seethakka would play a big role in Revanth’s Army.