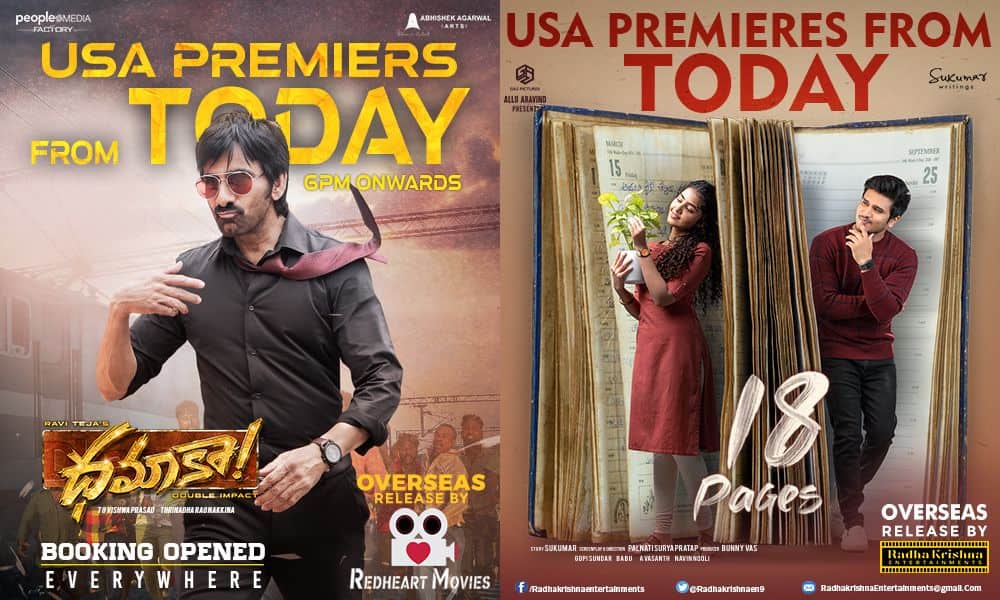 Mass Maharaja Ravi Teja’s Dhamaka is all set for a grand release tomorrow. The US Premieres of the movie is going to happen in a few hours from now.

The movie is carrying positive buzz with every promotional material clicking. Songs particularly the Jinthak song is topping the music charts. The trailer a perfect blend of action and entertainment worked wonders for the film. People Media Factory aggressively promoted the film like no other film of Ravi Teja in recent times.

It’s been a long time since Ravi Teja is seen in a complete entertainment film. Director – Writer duo Trinadha Rao Nakkina and Prasanna Bezawada ensured loads of that keeping Ravi Teja’s image in mind. The result is a Perfect family entertainer for this Holiday Season. Sree Leela the current Youth sensation also adds to the hype around the film.

Red Heart Movies, the renowned U.S. film distributor is releasing Dhamaka in the United States. The movie is getting a massive release in the country and the bookings are already on.

Dhamaka is a Perfect choice for the US film lovers in this Xmas Holidays to watch and enjoy with their entire family. Also, the tickets are priced at affordable rates.

Nikhil is on a back-to-back success streak giving blockbusters with different genre subjects with each film. Now, he is pairing again with beautiful Anupama after Karthikeya-2 which is produced by Geetha Arts and Sukumar Writings for 18 Pages.

The songs and trailer of the film increased the hype of the film and we have priced the tickets at affordable rates (Theater standard pricing) so that everyone can enjoy this youthful romatic movie with family and friends during this holiday season.

Wish you all a happy and Merry Christmas/ Happy New Year in advance.