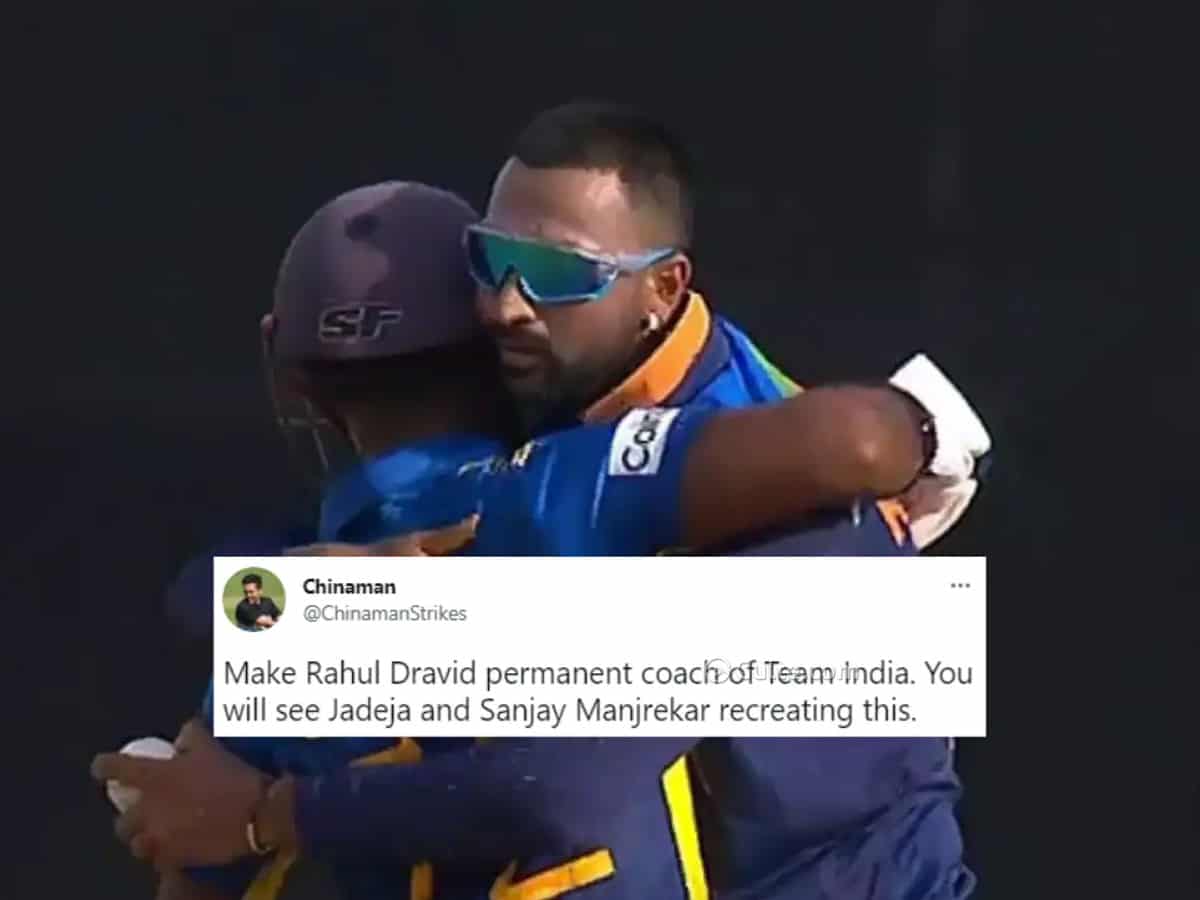 Team India all-rounder Krunal Pandya is known for his aggressive attitude. Krunal also landed up in spats on-field and off-the-field quite a few times in the past. But one of his gestures during the first ODI between India and Sri Lanka surprised many and everyone thought that it was the effect of getting coached under Rahul Dravid.

If we get into the story, Krunal hugged Sri Lankan batsman Charith Asalanka when the latter almost ran into him after taking a single. Krunal was bowling the 22nd over of the innings and Asalanka took a quick single to one of the balls.

After taking the single, Asalanka almost ran into Krunal. To avoid falling, both of them hugged each other. The image of Krunal hugging Asalanka has now become a meme-material and is going viral on the internet.

Some of the netizens joked that everyone will become a monk under the guidance of Rahul Dravid. It is to be noted that Dravid is the Indian team’s head coach for the Sri Lanka tour.

Here are some of the social media reactions to Krunal’s gesture.

Meanwhile, India won the match by 7 wickets by chasing the target of 263 in just 36.4 overs.