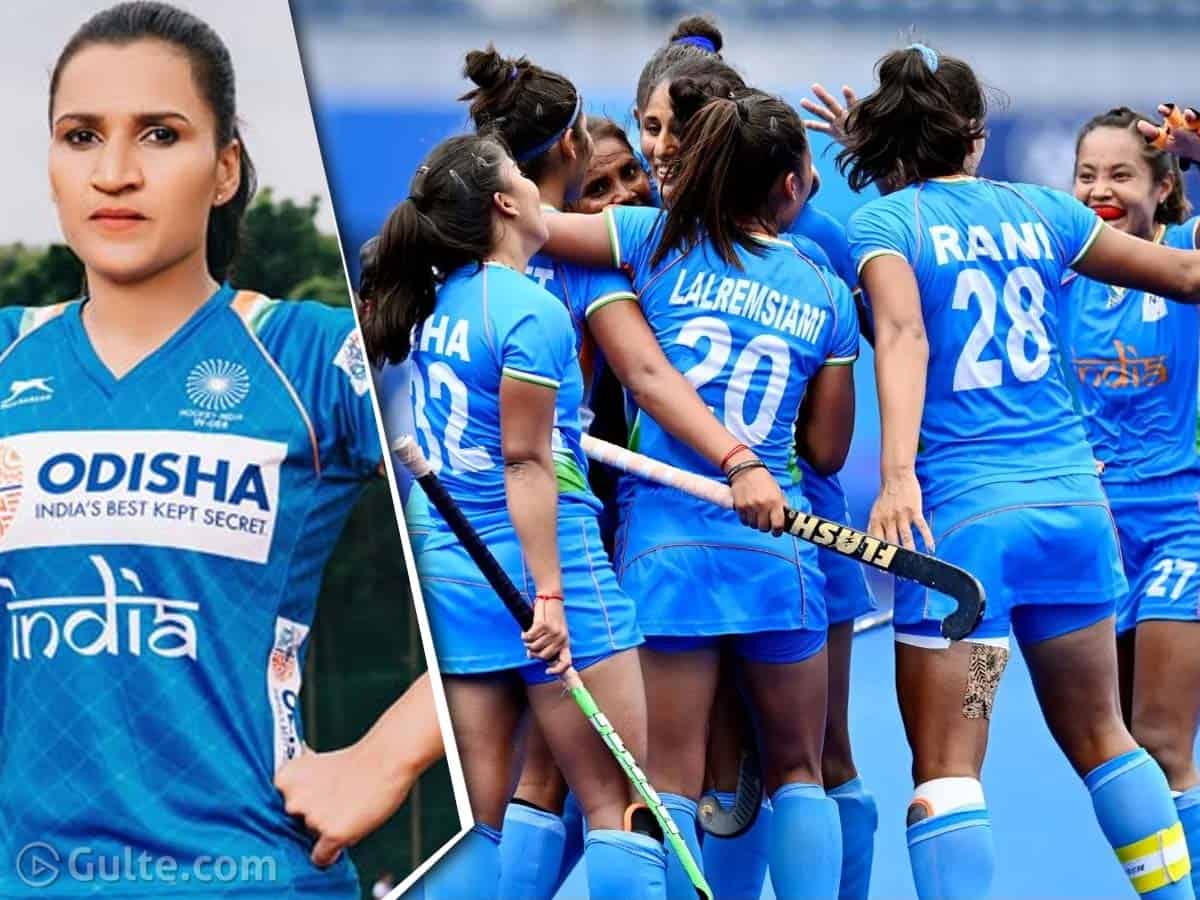 And it is exciting to learn that this will be India women’s hockey team’s first semifinal appearance in the Olympics and the team will face Argentina in the semifinals, who defeated Germany 3-0 in the first semifinal.

In this enthralled situation, let us learn a bit more about the talented Rani Rampal, who is the captain of the Indian Hockey women team. She is determined to repay her coach and family for their support with a gold medal at the Tokyo Olympics.

She says she could not afford a hockey stick to become the youngest player in the national women’s hockey team to participate in the 2010 World Cup, who qualified at only 15 years of age. Hers is a truly inspirational story worth knowing.

Rani Rampal recalled her ordeal and the poor condition of her family finances. She says she wanted to escape from her life, right from the electricity shortages to barely having 2 meals to seeing their home getting flooded. Rani’s father was a cart puller and her mother was a maid.

She was passionate about hockey since childhood and used to spend hours watching the players, who used to play at a nearby hockey academy in her area. “Papa would earn Rs.80 a day & couldn’t afford to buy me a stick. Every day, I’d ask the coach to teach me. He’d reject me saying, ‘You aren’t strong enough to pull through a practice session.’” She quoted.

This is when Rani began practising with a broken hockey stick clad in a salwar kameez. However, her determination and zeal pushed her forward. “But my family said, ‘Hum tumhe skirt pehen kar khelne nahi denge.’ I’d plead, ‘Please mujhe jaane do. If I fail, I’ll do whatever you want.’ My family gave in,” she added.

Rani recalled the academy rules where it was mandatory for each player to bring 500 ml of milk. But her family could only afford 200 ml of milk. “So I would mix the milk with water and drink it”. Fortunately, Rani’s coach was a good man who supported her through thick and thin. He bought her hockey kits and shoes, besides taking care of her nutrition.

“I remember I won Rs.500 at a tournament and gave the money to Papa. He hadn’t ever held so much money in his hands. I promised my family, ‘One day, we’ll have our own home’; I did everything in my power to work towards that,” she proudly said. Soon after, her story became inspirational to people around.

“Mt father’s friend visited us. He brought his granddaughter along and told me, ‘She’s inspired by you & wants to become a hockey player!’ I was so happy!”. Rani Rampal in 2017 could finally buy a home for her family. “We cried & held each other tightly!”. She concluded by saying that she won’t sit calm until she brings a gold medal from the Tokyo Olympics.