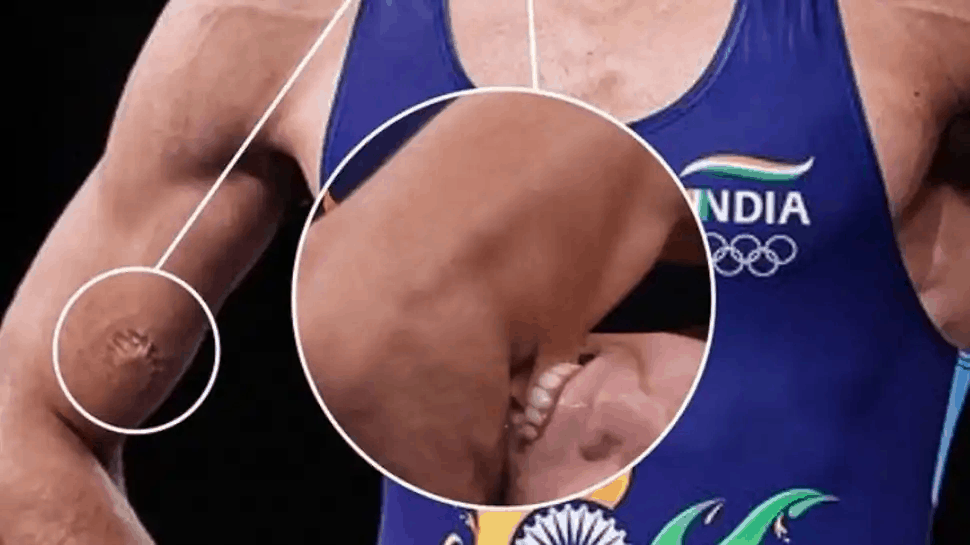 Indian wrestler Ravi Kumar Dahiya scripted history at the Tokyo Olympics by storming into the finals. Ravi Kumar who entered the campaign as an underdog displayed an impressive performance. During the semi-final bout, his opponent Sanayev bitten him so hard but Ravi did not lose his game.

Right after the bout, Ravi Kumar had immediately complained to the Referee about the same. However, Ravi won the game and no one gave attention to it. Later, the pictures of the same surfaced online.

It is surprising to see Dahiya enduring brutal pain. He suffered a painful bite on his arm by the Kazakasthan wrestler. It is completely against the rules. In the final seconds, when Ravi dominated the bout, Sanayev tried to play the foul game.

A few are worried if Ravi Kumar Dahiya can play the final but his support staff confirmed that the Indian wrestler is absolutely fine. “We have given him an ice pack immediately after the bout. He is currently doing fine,” the staff said.

Ravi Kumar Dahiya became the second Indian wrestler ever to enter the Olympics final after Sushil Kumar back in the 2012 London Olympics.