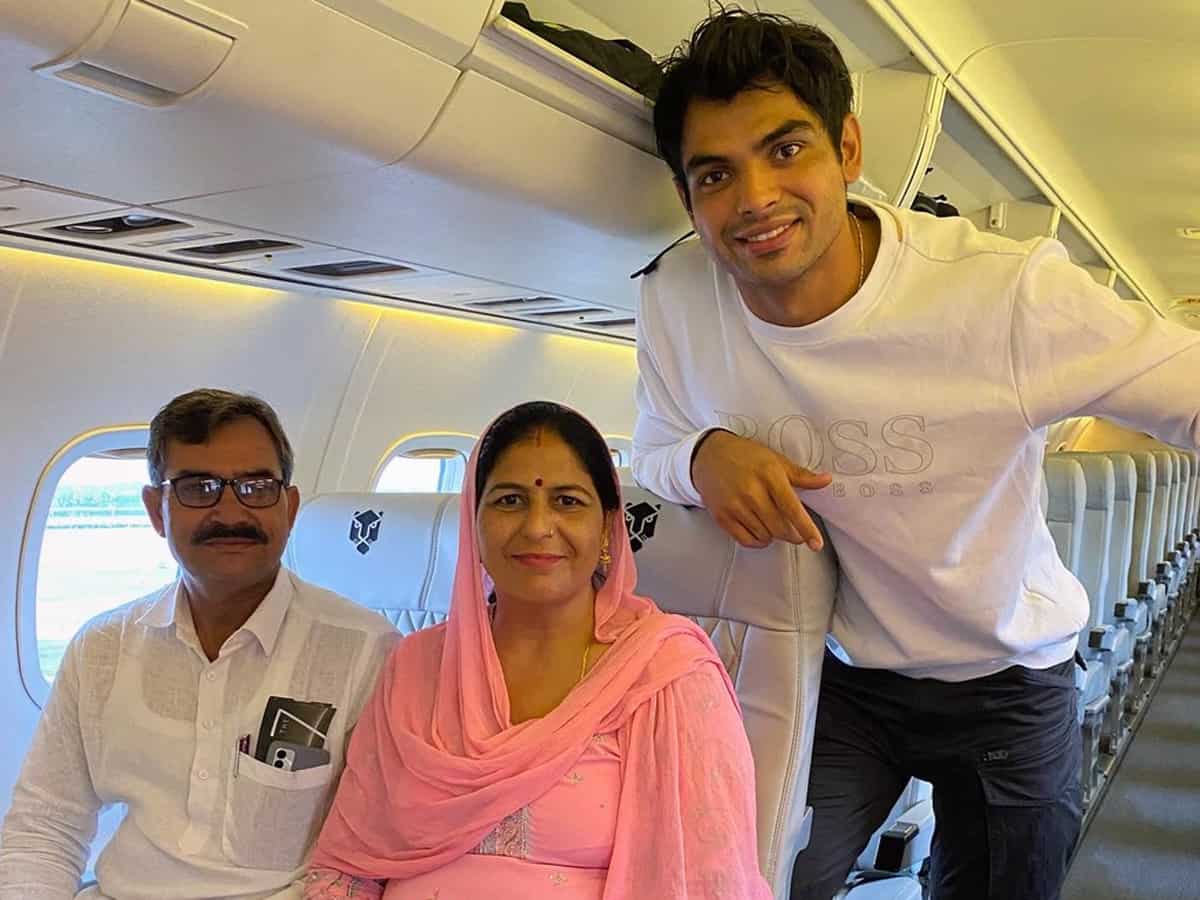 Ever since the Tokyo Olympic Games 2020 happened, all eyes are on gold medal winner Neeraj Chopra. The constant media scrutiny and fans stalking never seemed to end soon and the young lad is getting all the unconditional love in the whole nation. The first Indian to win a gold medal in the track and field event is all busy with interviews and functions.

However, amid his busy schedule, Neeraj also made sure to fulfil their family dream on Saturday. The 23-year-old took his parents on their first-ever flight and shared pictures of the same on his social media handles. He can be seen posing inside the flight along with his parents. He captioned the post, “A small dream of mine came true today as I was able to take my parents on their first flight”.

The pictures received a huge number of likes and heartwarming messages, even from stars.

Neeraj won the gold medal in the men’s javelin final, throwing 87.58m. Ever since his return to India, his lack of training and minor illness forced Neeraj to take a break. He has promised to come back stronger next season which includes the World Championships, Asian Games and Commonwealth Games.