Special Focus: Are Dhoni And Raina In The Twilight Zone As Batsmen? 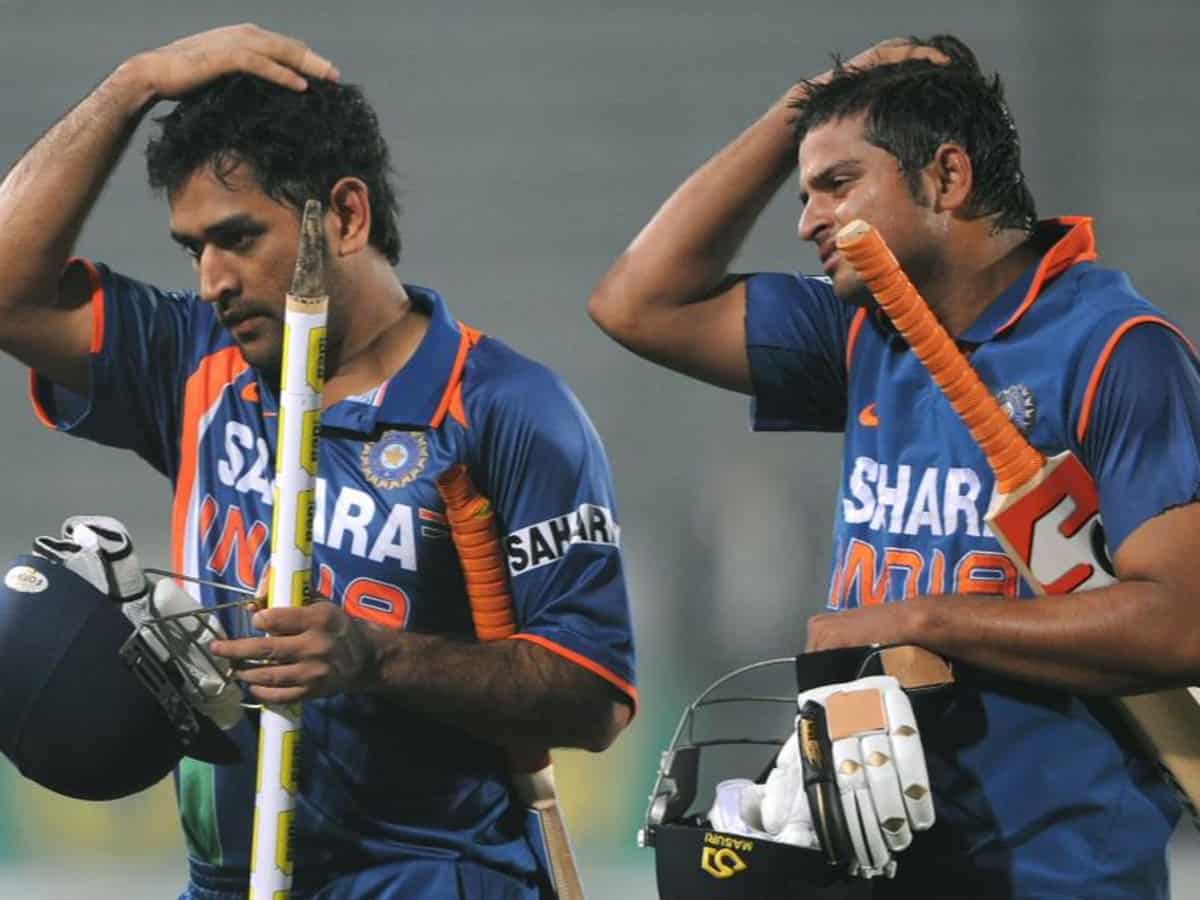 Thala and Chinna Thala – This is how Chennai Super Kings’ fans fondly address MS Dhoni and Suresh Raina. These two star cricketers have been the main pillars of CSK since its inception in 2008. They were separated for a couple of years when CSK was suspended but are now back under the same hood.

It is good to see them in Yellow jersey. But their individual performances in the ongoing IPL 2021 are extremely disappointing. It is already known that Dhoni and Raina announced their retirement from international cricket in August 2020.

Later, Dhoni took part in IPL 2020 but Raina skipped it citing personal issues. They came back together in the IPL 2021 earlier this year. The tournament was suspended midway due to the COVID-19 outbreak in bio-bubble and re-started last night in the UAE. CSK played the first match of IPL 2021’s second half, against Mumbai Indians.

Fans had a lot of expectations on the duo ahead of this game. But they had put on a dismal show on the batting front. Raina came in to bat when the score was 2-2. There was a chance for him to build the innings. But he got out within an over by attempting an unnecessary shot. He just scored 4 runs off 6 balls.

The same is the case with Dhoni. He came to the crease when the score was 7-3. After a long time, Dhoni got a chance to bat in the power play. However, he couldn’t stay long and got out by scoring just 3 runs off 5 balls. CSK was at 24-4 at one point. But it got a respectable score of 156/6 by the end of 20 overs, with the help of a scintillating knock of Ruturaj Gaikwad (88*). He was supported well by Jadeja and Bravo.

Dhoni and Raina have been putting up this flop show since the start of this season. In seven innings he played so far this season, Rana managed to score only 127 runs with a strike rate of 123 and an average of 21. On the flip hand, Dhoni managed to score only 40 runs off the five innings he played. His average is 10 and his strike rate is 110. The likes of du Plessis, Gaikwad, Moeen Ali and Jadeja shined in batting so well that they overshadowed the dismal performances of Dhoni and Raina. Fans are hoping to see some fireworks from them at least in the remaining games.

But, Dhoni still proves to be one of the best captains in the business. CSK’s victory over MI last night proves the statement. Raina did well on the fielding front by taking a couple of catches. But fans want these stars to unleash their vintage batting power in the tournament.