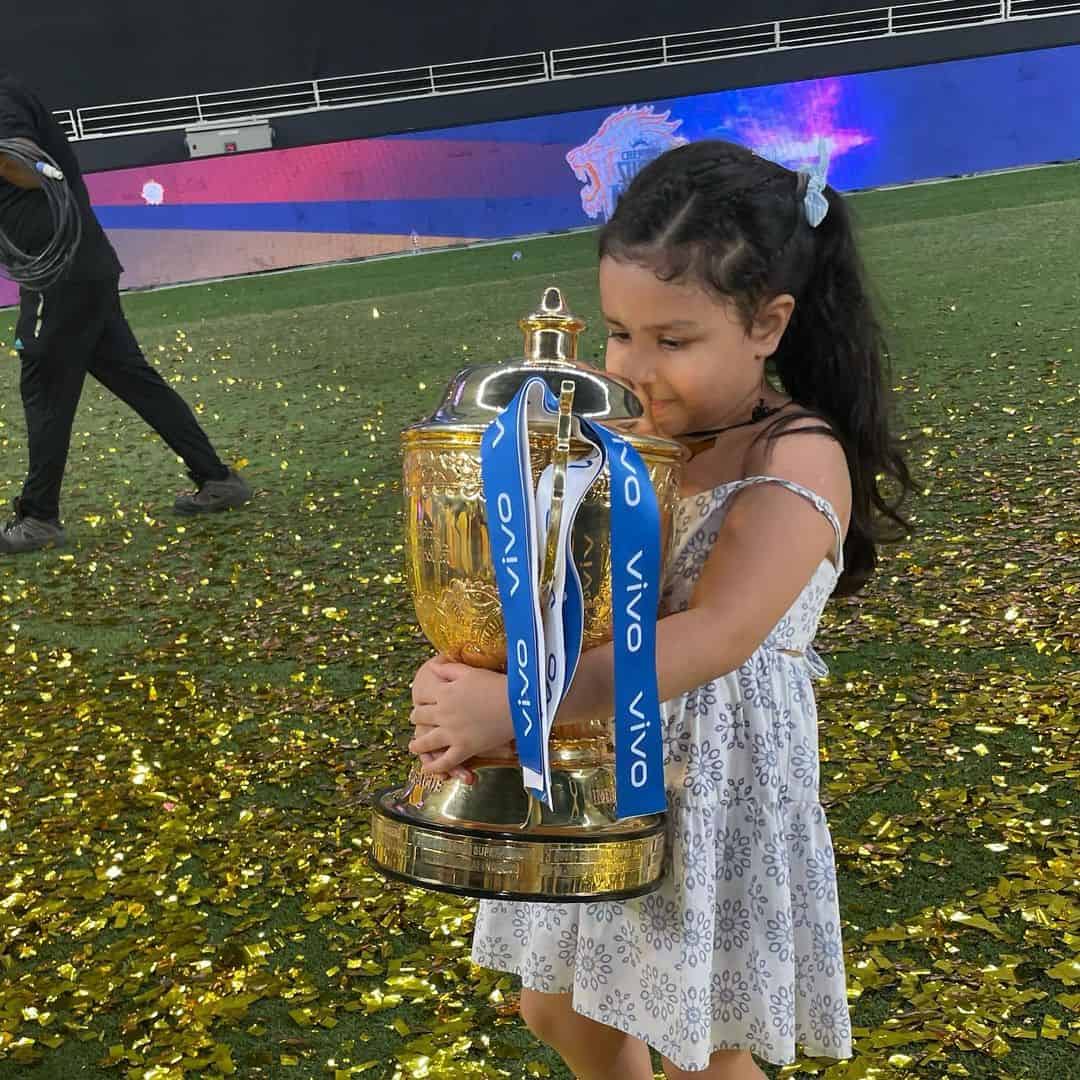 Mahendra Singh Dhoni led the Chennai Super Kings to the fourth Indian Premier League title winning over the Kolkata Knight Riders by 27 runs and it was a joyous moment not just for the cricket buffs but even for their family members.

Soon as CSK emerged champions after the final delivery was bowled, Dhoni’s wife Sakshi and their little angel Ziva rushed into the ground and hugged Mahe, doubling his happiness. The shutterbugs on the stadium also could capture some cute moments with Ziva cuddling and kissing the IPL trophy.

The little doll with the golden cup amidst party flakes of a similar colour was the cynosure of all eyes on the green ground, and her innocent expression only enhanced the moment.

Dhoni, the most loved Indian captain, also shared the winning moments with his parents, who joined him on the ground. The other team members of CSK, also called Dads Army as many of the players are aged above 30 years and retired from international cricket, were also joined by their family members to share the jubilant moment.