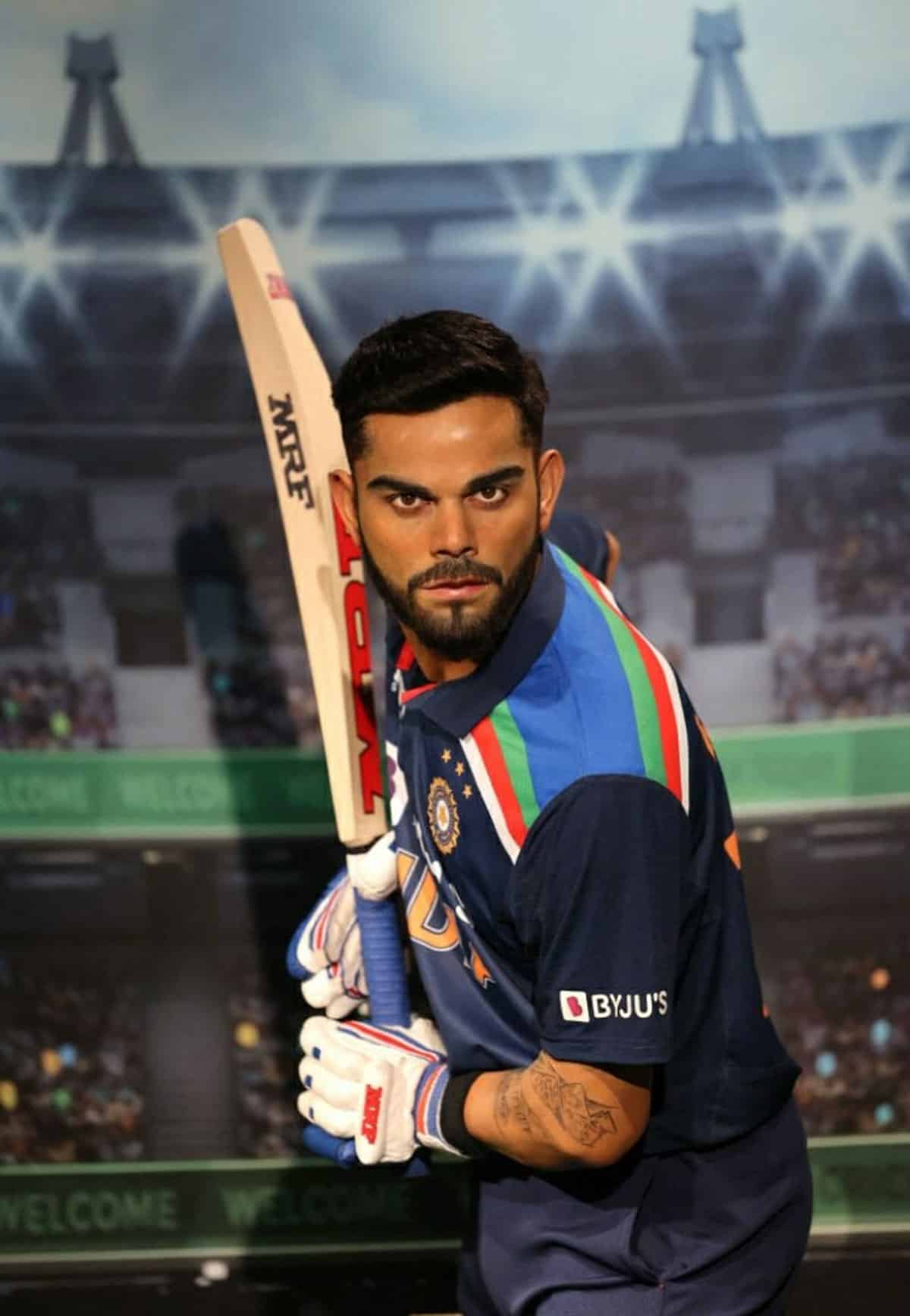 Madame Tussauds museum, which was newly opened in Dubai, has unveiled India captain Virat Kohli’s wax statue ahead of the T20 World Cup. The museum also has statues of football stars Cristiano Ronaldo and Lionel Messi, Formula 1 driver Lewis Hamilton and other celebrities.

Virat Kohli’s wax statue is clad in the official Indian limited-overs kit. Soon after the images of Kohli’s statue went viral on social media, fans expressed their happiness by posting heartwarming messages for the India skipper.

This T20 WC will have Kohli leading India for the first time and he also announced that it will be his last tournament as captain of the side in the shortest format of the game. Kohli has led India in two major ICC events – Champions Trophy in 2017 and the 2019 World Cup. Kohli’s first match as captain in a T20 World Cup will be against Pakistan, scheduled on October 24.