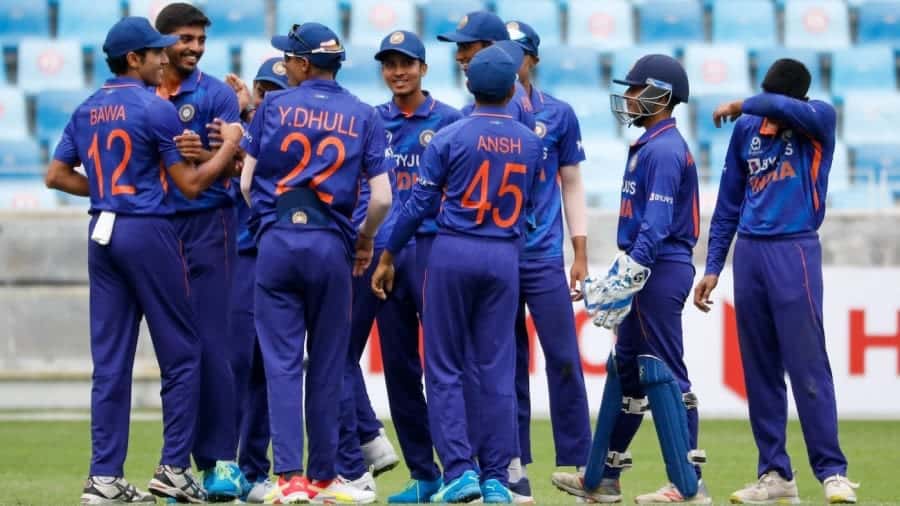 The young U-19 squad of India created a record in the World Cup history. The VVS Laxman and his prodigies have managed to clinch the U-19 World Cup 2022 by beating England in the final held last night.

This is the fifth U-19 World Cup won by Team India, which is the most by any team.

After winning the toss, England chose to bat first. However, their decision proved to be wrong as Indian bowlers started troubling the Brits right from the beginning. The young Indians managed to scalp wickets in regular intervals and never allowed the opponents to settle in the crease.

India had an early blow while chasing this total. Opener Raghuvanshi got dismissed right on the second ball of the innings. After that, Indian batters took time to score runs and tried not to lose any wicket loosely.

The timely performances of Shaik Rasheed (50), Nishant Singh (50), and Raj Bawa (35*) helped India in chasing the total in 47.4 overs. Raj Bawa has been awarded the Player of the Match award for his all-round show.