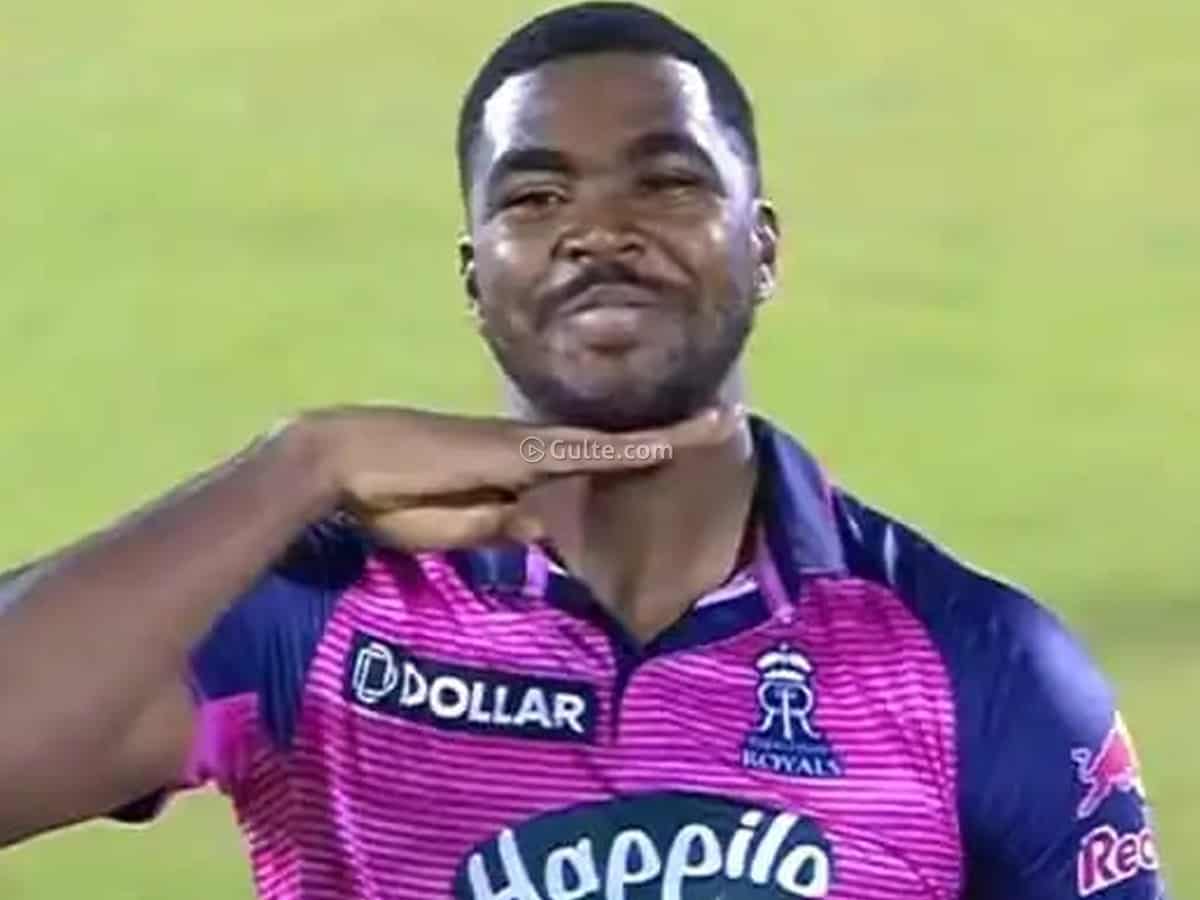 The dialogues, mannerisms, and dance steps of Allu Arjun’s Pushpa have got international recognition. In the recent past, we have seen many cricketers impersonating Pushpa’s mannerisms and dance steps.

Now, Caribbean cricketer Obed McCoy joined the list. He played his IPL debut match the other day against Kolkata Knight Riders. McCoy needed to defend 11 runs in the last over to help his team Rajasthan Royals win the game. KKR had two wickets in hand.

McCoy gave away two runs on the first ball. The equation came down to 9 runs from 5 balls. On the second ball, he got the wicket of Sheldon Jackson. Right after taking this wicket, McCoy celebrated it by doing the ‘Thaggede Le’ mannerism.

The video of him doing Thaggede Le is now doing rounds on social media. Meanwhile, McCoy gave one run on the third ball of the over and scalped the wicket of Umesh Yadav on the fourth ball. As a result, KKR got all-out for 210 while chasing a target of 218.

Thus, Rajasthan won the game by 7 runs. Earlier in the game, Jos Buttler made a century. On the other hand, Yuzvendra Chahal claimed a hat-trick and also a five-wicket haul. He was given the Man of the Match award.