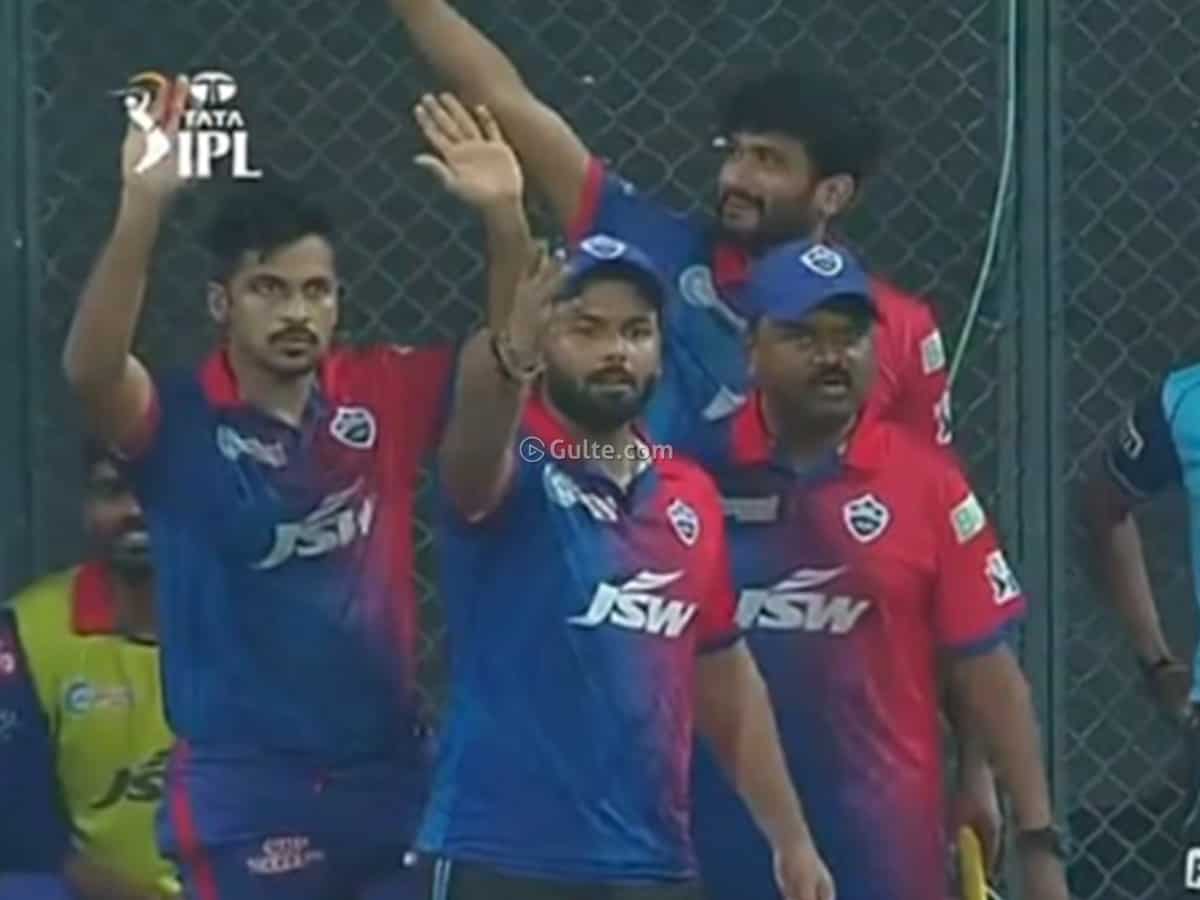 Generally, we see declarations in Test cricket. But we saw a similar incident in T20 cricket last night. However, this declaration was not given and was a momentary reaction by Delhi Capitals’ captain Rishab pant out of frustration against the umpires. The incident took place in the match against Rajasthan Royals. The video of Pant trying to call for a declaration is now going viral all over the internet.

If we get into the story, Delhi needed 223 runs to win the match. However, it was an impossible task right from the beginning. In the last over, they needed 36 runs to win. Caribbean batter Rovman Powell was on the crease. Caribbean bowler Obed McCoy had the ball in hand.

Powell had hit the first three balls out of the boundary rope. The equation came down to 18 off 3 balls. However, the third ball was a waist-high full toss. But the umpire didn’t call it a no-ball.

Pant and the other Delhi Capitals players who were in the dugout were upset with this decision. Pant asked the coaching staff to go and talk with the on-field umpire. But the decision was not overturned. He was severely disappointed and gestured for his players to come back on the field due to the frustration.

However, the remaining three balls were bowled and Delhi managed to score two runs in those three balls. It lost the match by 15 runs.

Meanwhile, Pant’s momentary frustration led to a meme fest on Twitter. Here are some of the reactions to his fake declaration call.