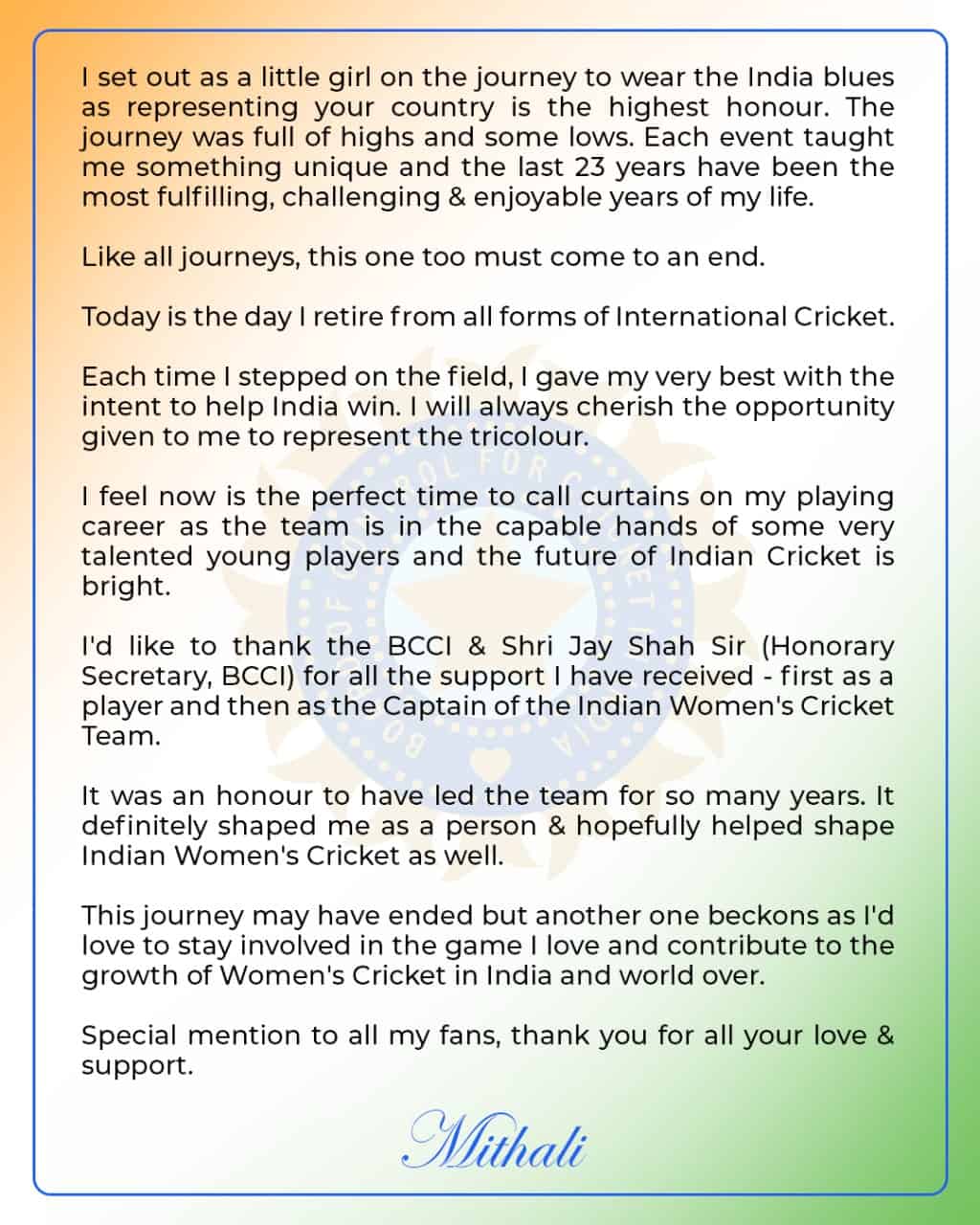 “Like all journeys, this one too must come to an end. Today is the day I retire from all forms of international cricket. Each time I stepped on the field, I gave my very best with the intent to help India win. I will always cherish the opportunity given to me to represent the tricolour,” read the statement.

“It was an honour to have led the team for so many years. It definitely shaped me as a person and hopefully helped shape the Indian women’s cricket as well. This journey may have ended but another one beckons as I’d love to stay involved in the game I love and contribute to the growth of women’s cricket in India and world over,” continued the statement.

Mithali made her international debut in June 1999, in an ODI against Ireland and she represented India in 232 matches, scoring 7805 runs at an average of 50.68.  Currently she is the leading run getter in women’s ODIs.

The only two failures in Mithali’s career were the two ODI World Cup finals in 2005 and 2017 in which team India lost to the opponents.