Sri Lanka is the champion of the Asia Cup 2022 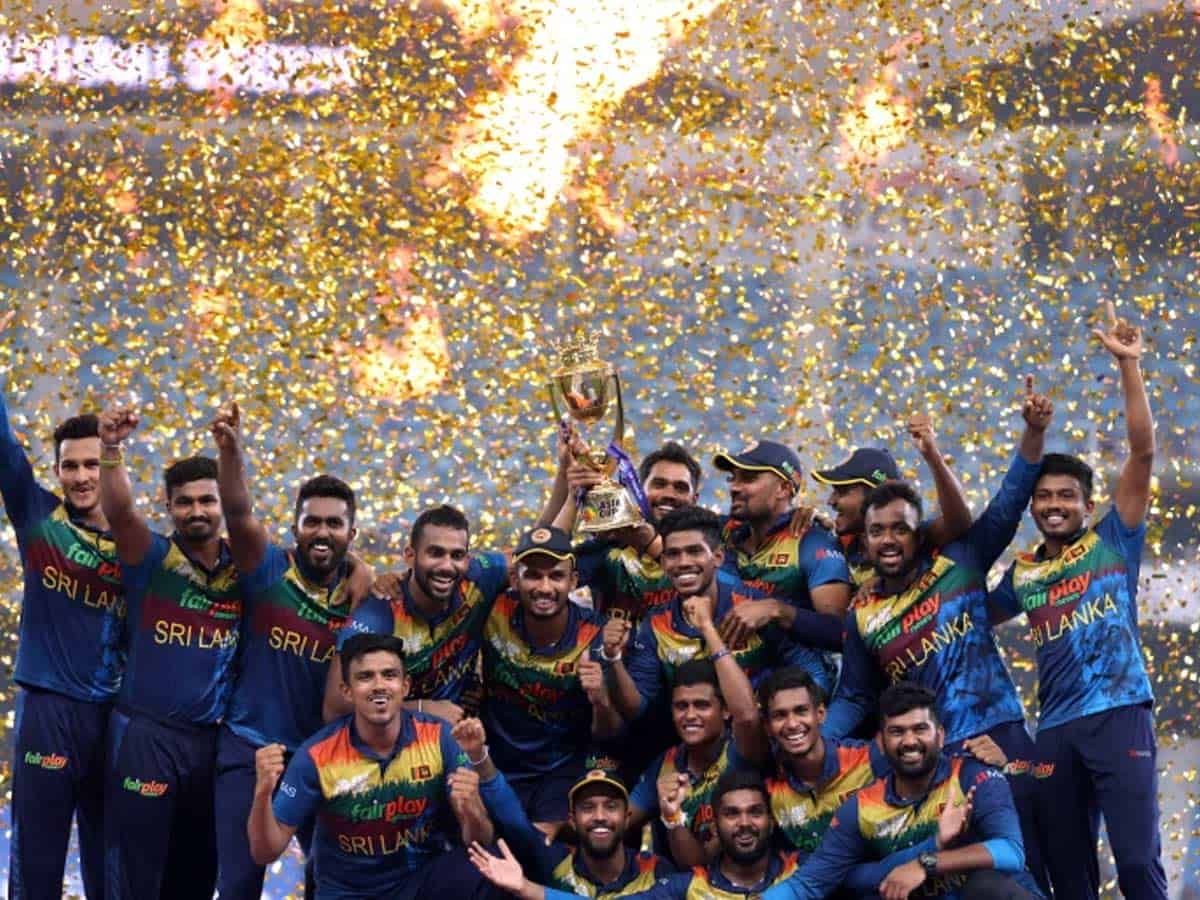 Sri Lanka became the champions of Asia Cup 2022. It was an underrated team to win the cup. No cricket expert predicted it to be the champion. In the final held against Pakistan, Sri Lanka got a dominant victory by 23 runs.

Pakistan won the toss and opted to bowl first. Sri Lanka got an early blow as Kusal Mendis got out right in the first over. Within no time, Pathum Nissanka also went back to the pavilion. He was followed by Gunathilaka. Dananjaya de Silva and Dasun Shanka also got out without creating an impact with the bat. Lanka’s score was 58/5 at one point.

That’s when Bhanuka Rajapaksa (71) and Wanindu Hasaranga (36) created a 58-run partnership in 36 balls. Their partnership built Lanka’s innings and helped it in scoring a big total. After Hasaranga got out, Karunaratne (14) made a partnership of 54 runs with Rajapaksa. In the process, Rajapaksa scored a brilliant half-century too. With the help of his effort, Sri Lanka scored 170/6 in 20 overs. Haris Rauf scalped three wickets (3/29) for Pakistan.

Lankan bowlers did a phenomenal job and didn’t allow Pak batters to score big. Barring Mohammed Rizwan (55) and Ifthikar Ahmad (32), no other batter performed well in the chase. As a result, Pakistan got all-out for 147 in 20 overs. Pramod Madushan scalped four wickets (4/34), Hasaranga got three wickets (3/27) and Chamika Karunaratne (2/33) got two wickets.

This is the 6th Asia Cup victory for Sri Lanka. It now stands only behind India (7) in winning most of the Asia Cup editions.