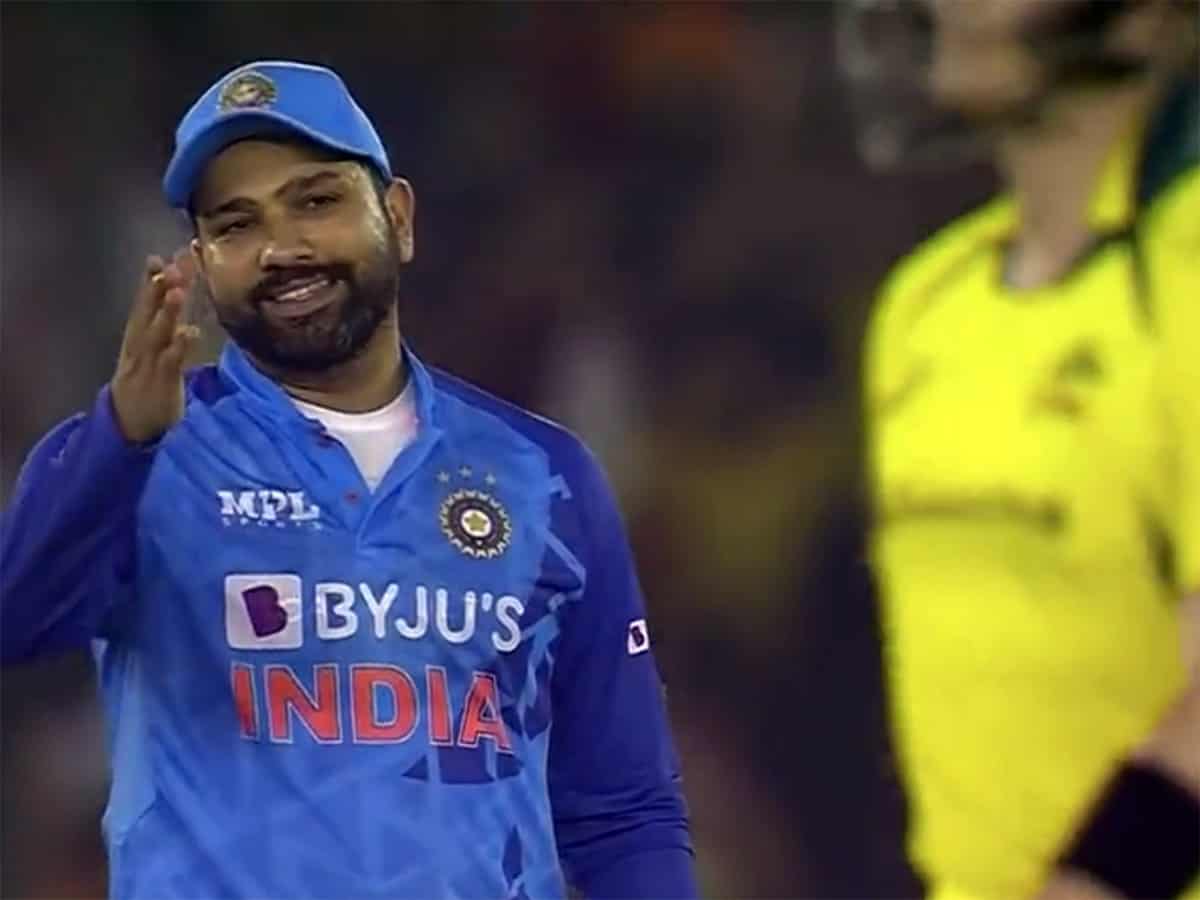 The same thing happened last night in the first T20I held against Australia. India batted first and posted a total of 208/6 on the scoreboard. Australia started off well during the chase but opener Aaron Finch out when the score was 39. Later, Cameron Green and Steve Smith made a partnership of 70 runs for the second wicket.

When Aussies were looking comfortable, Green got out in the 11th over. In the very next over bowled by Umesh Yadav, Steve Smith had hit a six and a four on the first two balls respectively. On the third ball, Smith nicked the outside off delivery and it landed up in the hands of wicket-keeper Dinesh Karthik.

Indians made a huge appeal but the umpire was not interested in giving it out. Then, Rohit Sharma went for the DRS, and eventually it was proven that Smith nicked the ball and the umpire had to overturn his decision.

When Smith is walking back to the pavilion, Rohit Sharma made an animated gesture. This clip is now going viral all over social media and netizens are having a good laugh while watching it.

Meanwhile, India lost the match by 4 wickets as Australia maned to score 211/6 in 19.2 overs. You can watch Rohit Sharma’s viral video at the link given below.