T20 Tickets In Hyd: The Utter Failure of HCA 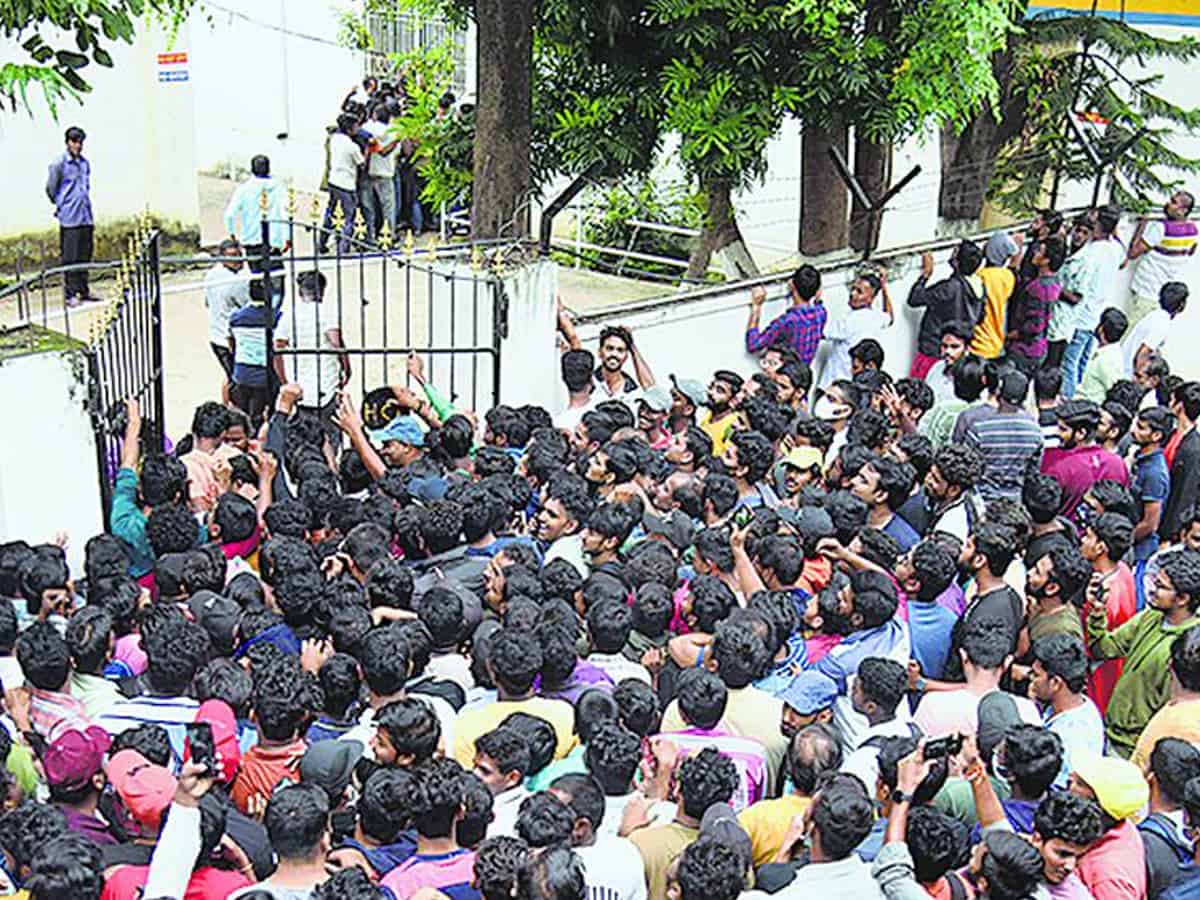 The Hyderabad Cricket Association had proved to be a failure yet again what with the ticket-selling counters getting crowded and leading to a stampede at the Gymkhana Grounds in Secunderabad on Thursday.

Heavy rush to buy tickets of the T20 cricket match between India and Australia on September 25 ended up in a stampede forcing police to enter the scene and caning the mob. Soon as the woman fell unconscious, people nearby provided first aid.

Braving the rain, cricket buffs have been queueing up at the ticket counters for the last three days and have been waiting for their turn when the situation spiraled out of control. Cricket lovers reached the Grounds in droves following an announcement by the HCA that tickets for the match would be sold offline from 9 am to 7 pm both at Gymkhana Grounds and Uppal Stadium, where the match would be held.

Initially, the HCA sold the tickets through Paytm. However, the servers crashed and there was an announcement that tickets would be sold at two places in Hyderabad. For reasons unknown, the counters at Uppal Stadium were not opened and people made a beeline to Gymkhana Grounds leading to a chaos.

Youth who queued up at the counters said that only the Rs 1,250 tickets were being sold while there were other tickets costing between Rs 800 and Rs 15,000. There are some tickets costing beyond
Rs 1 lakh each where the viewers would be seated in special boxes.

The HCA has the dubious distinction of infighting among the members, a few of whom try to control it through power politics and money power. Since long, the HCA is known lack of coordination and confusion due to which even the BCCI hesitates to organize matches in Hyderabad.

It is learnt that the differences between the HCA president and the members led to the confusion even in the sale of tickets today. “We had been waiting in the queue since last night but managed to get only 6 tickets while we need as many as 25 for our entire family. They are asking us to produce Aadhaar card number and phone number as they fear rain could play spoilsport with the match. Despite the long wait, only two tickets are being given to each person,” said a youth at the Grounds.

People who queued up at the counters also complained that not even 100 tickets were sold in two hours.

Significantly, the Uppal stadium has a capacity to seat 55,000 people but for the September 25 match only 50,000 have been kept available. Of this, only 3,000 tickets were put up for sale at the offline counters.

Despite the chaos and stampede, the HCA has not issued any statement giving clarity about anything so far. Neither has there been an apology from the HCA. It is being said that more than 10,000 people reached the Gymkhana grounds to buy the cricket match tickets.