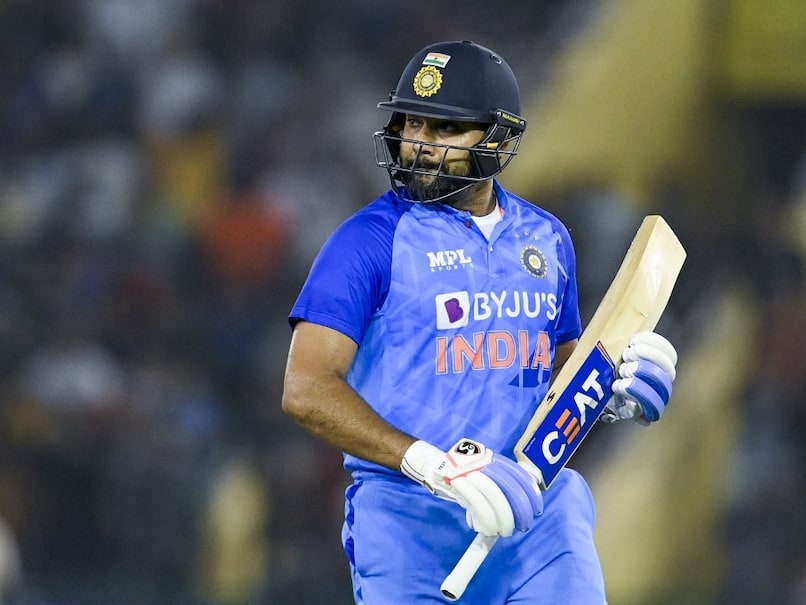 Captain Rohit Sharma played an incredible innings last night and made India level the series by 1-1 in the 3-match T20 series against Australia. It is already known that Australia won the first game. The must-win second game was reduced to 8 overs due to the wet outfield.

Australia performed well in the first innings and made a total of 90/5 in eight overs. India needed to score at 12 runs per over to chase the total. Rohit came into the crease with a clear plan.

He started smacking the ball all over the park right from the first over. It was pure elegance and there was no recklessness in those shots. We often see Rohit playing one bad shot and getting out. It was not the case the other day. His innings was very mature and a true captain’s knock.

Rohit smacked 46* off 20 balls in the game, which included 4 fours and 4 sixes. He has now hit 176 sixes in the T20I format, the most by any batter in the world. Martin Guptill stands in second place with 172 sixes under his belt. Chris Gayle (124) and Virat Kohli (104) are the only other batters who have more than 100 T20I sixes on their name.

Rohit also happens to be the highest run-scorer in the T20I format (3677 runs). Meanwhile, Twitter went berserk after Rohit’s match-winning knocks. Here are the best of them.