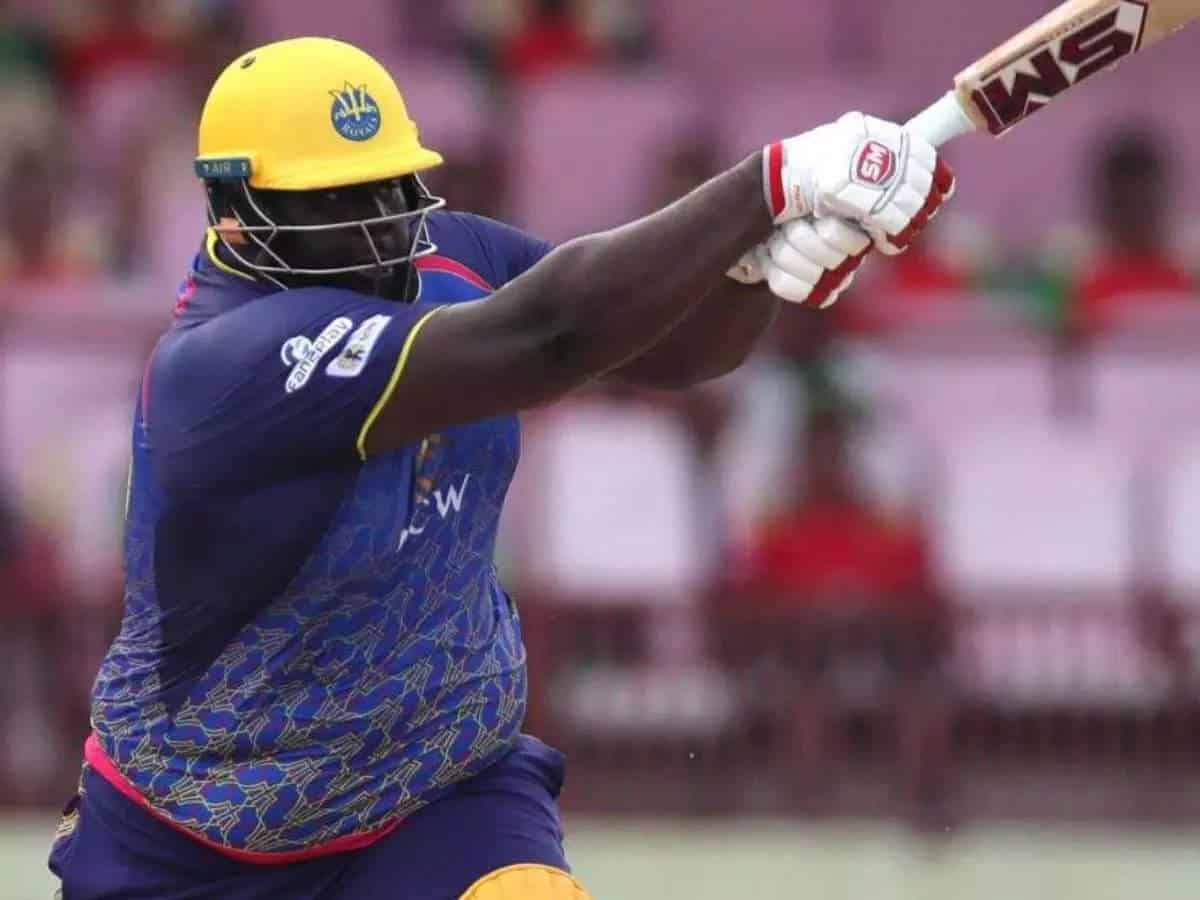 The entire cricket world is currently stunned by an achievement registered by the West Indies cricketer Rahkeem Cornwall. He smashed an unbeaten 205 runs in just 77 balls with a strike-rate of 266.23. He hit 22 sixes and 17 fours which no one ever has ever done. The amazing achievement took place in the Atlanta Open T20 Cricket Tournament in Atlanta.

Cornwall is usually known for his massive hitting and while playing for Atlanta Fire, Cornwall came to the middle as an opener in the Caribbean Premier League, in the match against Square Drive. In the end, the team registered a victory of over 172-runs.

The Atlanta Open is a big cricket tournament. The tournament consists of 16 teams divided into four groups. The winner of the competition is slated to receive $75,000. Many cricket experts are now highlighting the amazing performance of Cornwall and appreciating the efforts put forward by him.

The Minor League Cricket too highlighted Cornwall’s effort, by tweeting, “ARE YOU NOT ENTERTAINED?! Rahkeem Cornwall put Atlanta Fire on top with a DOUBLE century going 205*(77) with 22 MASSIVE sixes.”

The videos of his batting are now going viral on social media.