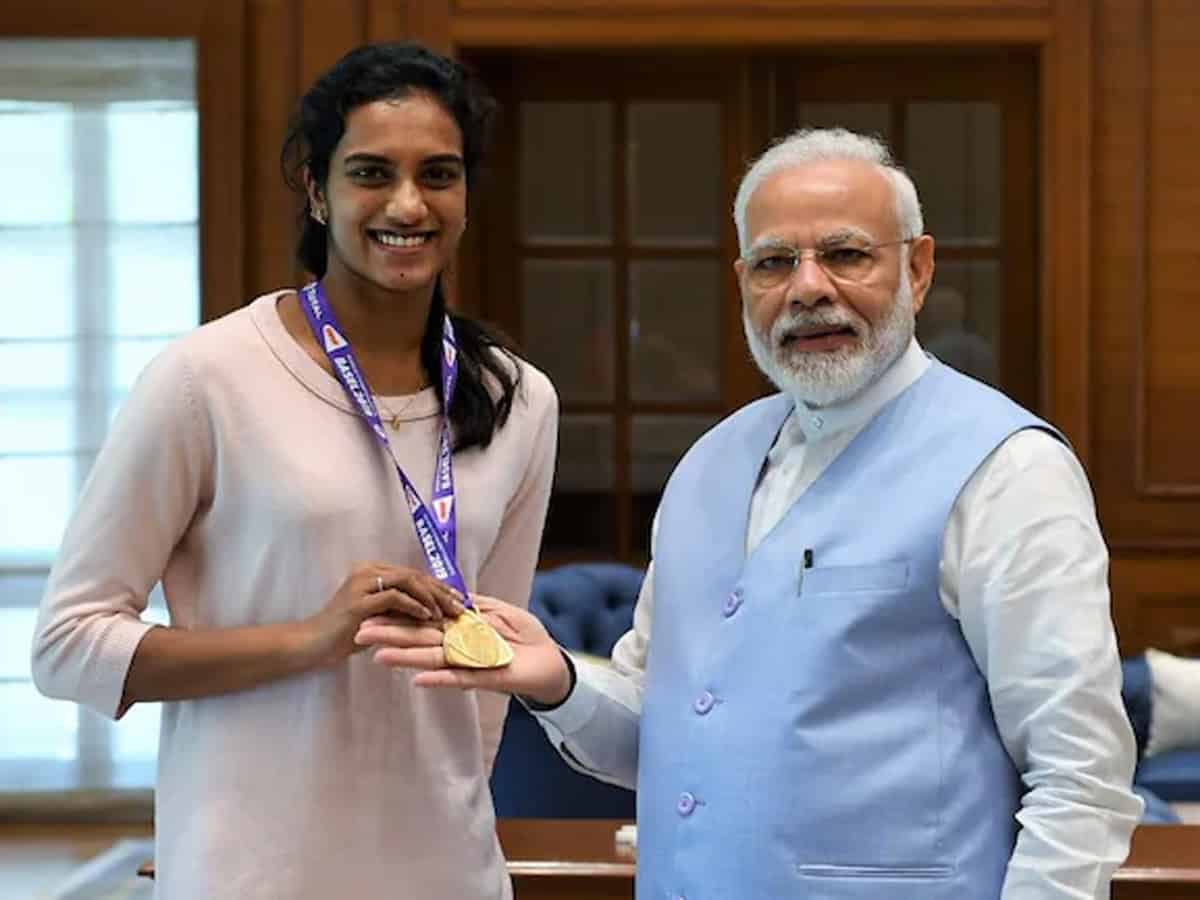 Prime Minister Narendra Modi interacted with the Indian athletes earlier today ahead of their Olympic tour to Tokyo. His interaction brought much-needed motivation to all the athletes who are gearing up for the historic event.

During the interaction, Modi shared a fun chat with Telugu shuttler and 2016 Olympic Silver Medal winner PV Sindhu. Modi asked about the progress of her training. Sindhu stated that the badminton stadiums used for the Olympics are very big and thus, she chose Gachibowli Stadium as a venue for her practice sessions.

She thanked the government for arranging all the facilities right after making a request.

PM Modi also pointed out he has heard that her parents are not allowing Sindhu to eat ice cream. Sindhu said that it is true. She stated that her parents are helping her in maintaining a strict diet ahead of this landmark event. Even she is self-controlling her cravings to do well in Olympics.

PM Modi then told Sindhu that he will eat ice cream with her if she manages to win a medal at the Olympics. He congratulated and wished all the luck to the athletes who are going to represent India in Tokyo Olympics.