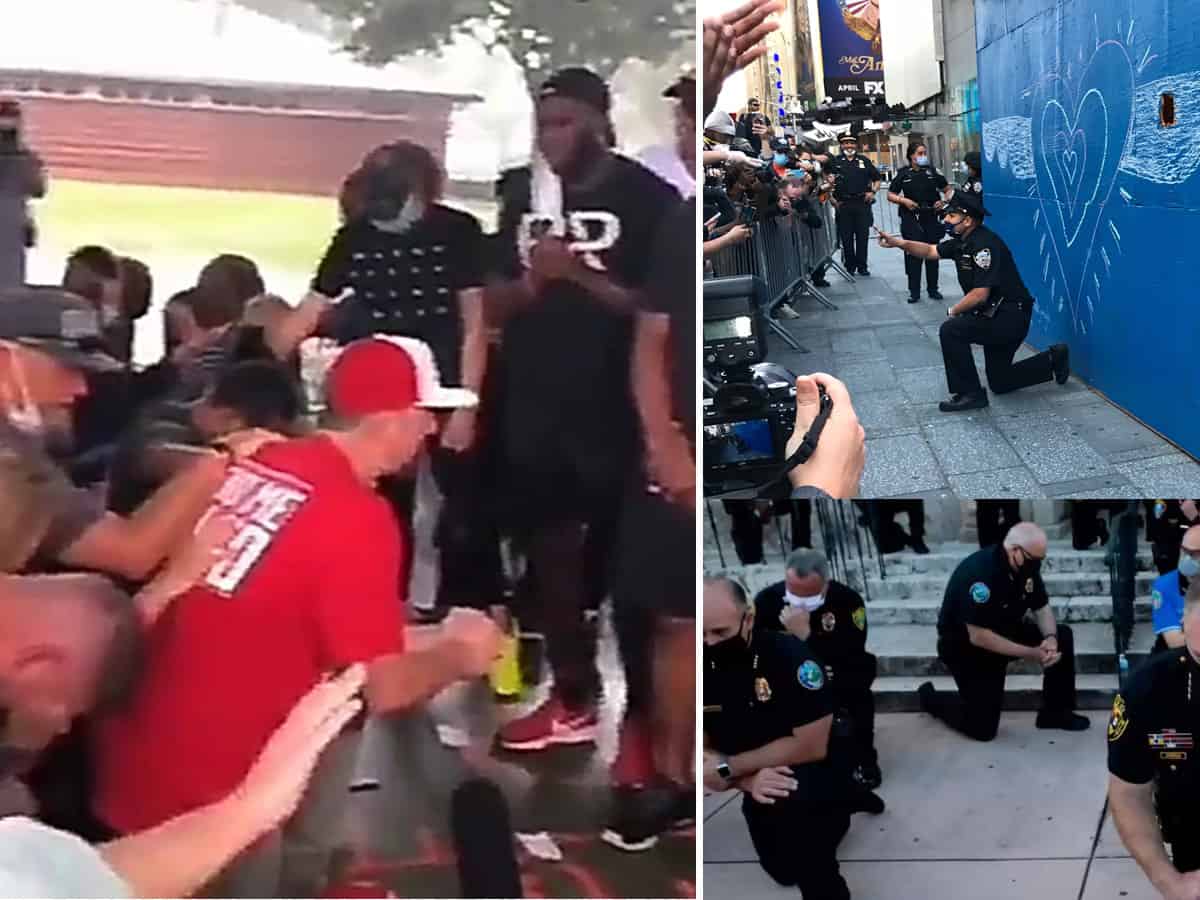 The USA is on fire with protests turning violent after it spread to more cities in the country. President Donald Trump had to hide in the bunker upon the advice of secret service and this clearly indicates how chaotic the situation in the US cities is. But, then there are white communities coming out in almost all the cities protesting the killings of black people, with the slogan ‘All Lives Matter’.

Not just that, there were many men in uniform who knelt down to the black community in their expression of solidarity with protestors. An NYPD officer also took a knee for which he received chants of ‘thank you’ and ‘keep the peace’ amid the protests on Jamaica Avenue in Queens.

On the other side, the protests spread to many more cities, and curfews had to be imposed in the night hours in many downtowns. The riots turned violent and that led to attacks on white people who tried to save their store from looters.