Elephant Abuse: We, humans, Are Sorry For Your Excruciating Pain 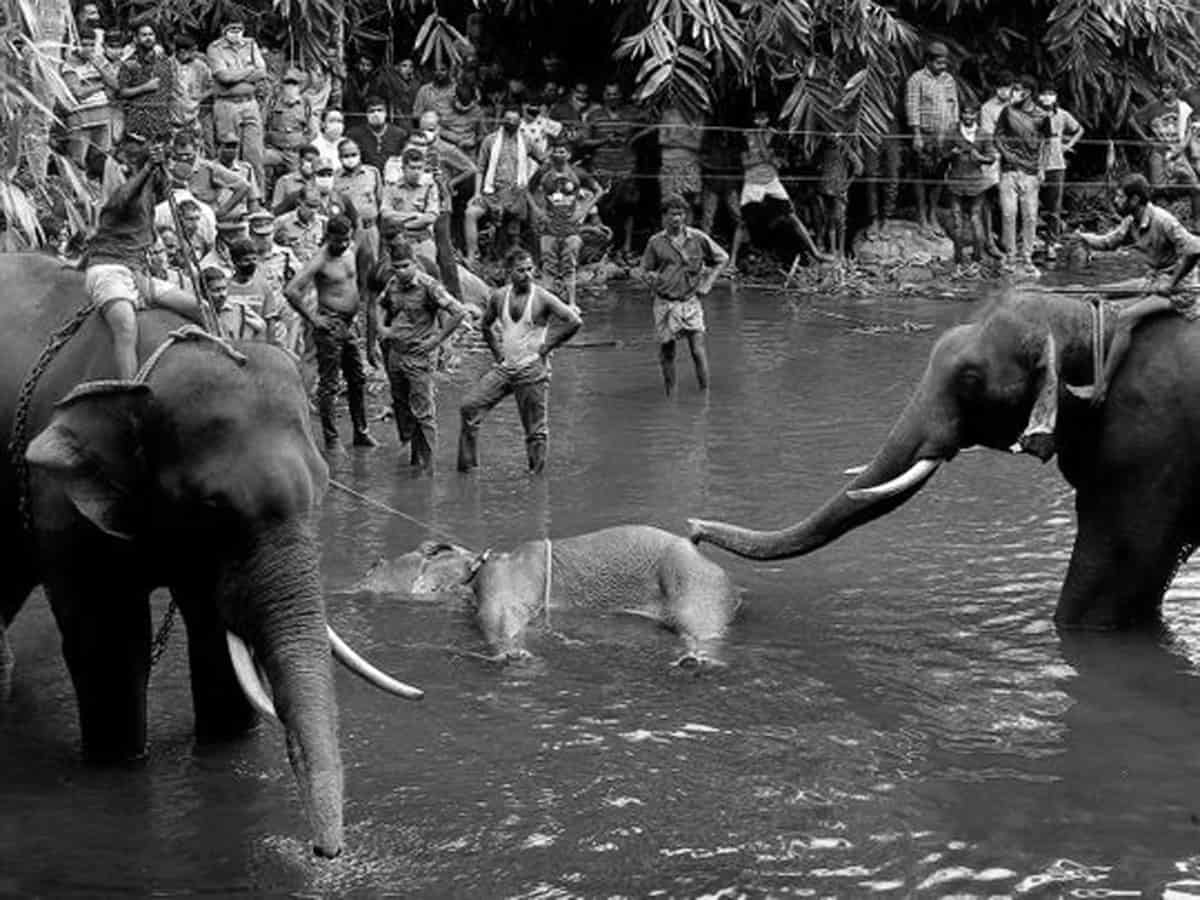 The topic of animal abuse is not only a very sensitive one but also based on sheer cruelty. The latest abuse on a pregnant elephant in Kerala has vastly moved people from all corners of the world and we are sorry to have cruel-filled humans among us. However, it is satisfying to see a huge number of people being the voice for the voiceless with a viral picture of an animated elephant.

The picture shows a pregnant elephant with a baby inside her womb. The mother elephant says “They (humans) gave you food, baby”. And the unborn baby elephant says “Humans are so good”. We owe to our animals and need to treat them with compassion. But, we have become demonic and evil lacking empathy. All we can say now is, we are sorry! The picture has gone viral with netizens, including celebrities reposting it.

Yesterday, the horrific incident shows a pregnant elephant eating pineapple, thinking that humans gave it to her as she was hungry. But, some hooligans fed her a pineapple stuffed with crackers. The incident which happened in Kerala’s Malappuram explicitly tells that we are a disgrace to the human race in doing so.

The poor elephant had crackers exploded in her mouth and suffered several injuries in mouth, jaw and throat. She died in the river, in a standing position and the visuals are indeed heart-breaking. Forest officer Mohan Krishnan, who was part of the Rapid Response Team to rescue the elephant wrote on Facebook in Malayalam, “She trusted everyone. When the pineapple she ate exploded, she must have been shocked not thinking about herself, but about the child, she was going to give birth to in 18 to 20 months.”

Elephants usually destroy things and people in their surroundings when in pain. But this good animal did not hurt anyone in spite of being in so much pain. An FIR has been lodged against unidentified people under the relevant sections of the Wild Life Protection Act (WPA), confirmed a forest range officer at Mannarkkad.