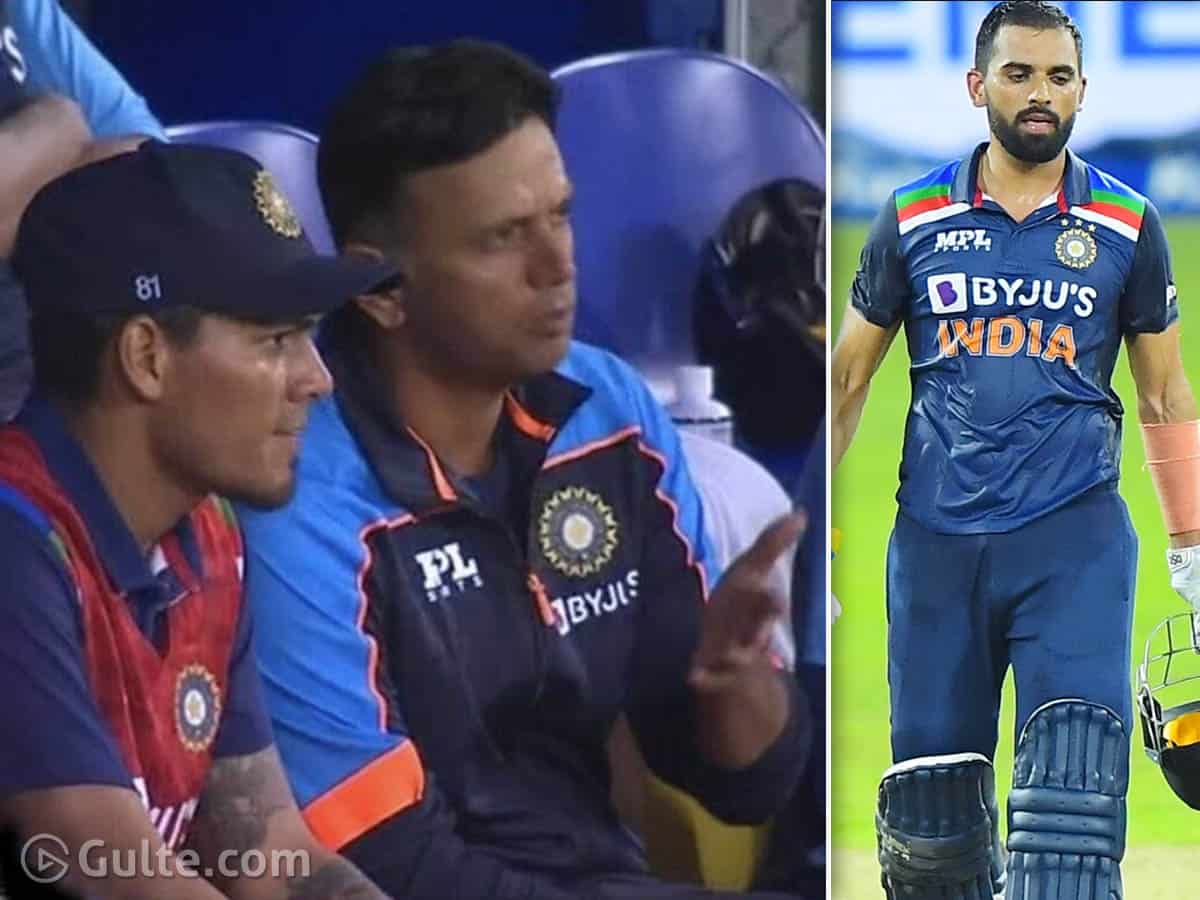 However, team India was in a spot of bother while chasing. India lost six wickets at the score of 160 runs and needed another 116 runs to win the match. There were no specialist batsmen and Dravid was also in a panic mode. Seam bowler Deepak Chahar was sent ahead of vice-captain Bhuvneshwar Kumar.

When Deepak and Bhuvi were batting, Dravid who was in the dressing room reached the dug out of team India. In the 44th over Dravid spoke to Rahul Chahar (Deepak Chahar’s brother) and during the overs break, a message was passed on to Deepak.

Apparently the message was Lanka’s spinner Hasaranga had picked up three wickets and Dravid advised Deepak not to play big shots. It worked out and Deepak went on to score his maiden half century and ensured team India chased the total. Post the match Deepak credited Dravid for his batting and Bhuvi also said it was Dravid’s call to send Deepak ahead of him.

But before that the pictures of Dravid talking to Rahul were caught on camera and are going viral. Generally we don’t see Rahul Dravid in panic mode and he is known to maintain his composure even in pressure situations.

This is Rahul Dravid for us and that’s why cricket fans are applauding the BCCI’s decision ever since they announced Dravid as coach.