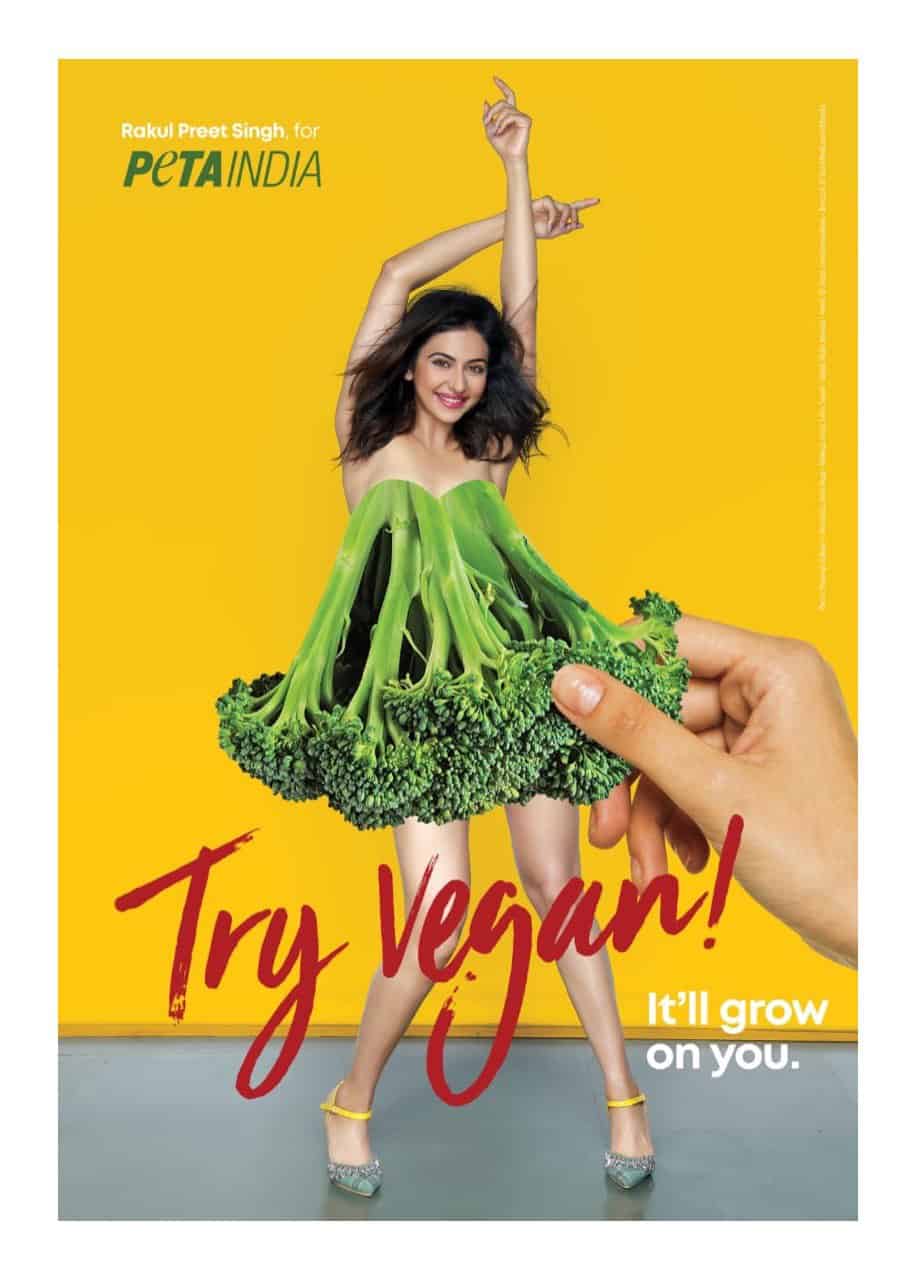 The vegan diet/veganism lifestyle is gaining popularity across the world for its highly beneficial traits by marking a tremendous improvement in overall health. It is nothing but eliminating animal products, dairy, eggs, meat and live only on whole plant-based foods.

On the occasion of World Environment Day today, actress Rakul Preet Singh appeared in a new campaign for PETA India (an animal rights organization) that encourages fans to “try vegan”.

Rakul is seen posing behind a graphical big stalk of Broccoli and it was shot by ace photographer Shivangi Kulkarni. “Try Vegan, It’ll grow on you.” This #WorldEnvironmentDay join @PetaIndia and me in saving animals and the planet by eating vegan (sic).” read Rakul’s tweet. Rakul is said to have gone vegan early this year and she cannot emphasize enough the wonders it did on her health and wellbeing.

She also called turning into a vegan is her best decision so far. According to the study, meat consumption uses one-third of the world’s freshwater resources and one-third of global cropland for feed. But, when we eat Vegan, they are much higher in nutrients and fibre. We have many Indian celebrities who have collaborated with PETA like Kartik Aaryan, Anushka Sharma, Shahid Kapoor, Hema Malini, R Madhavan, and Rakul is the latest to team with the organization in order to promote meat-free meals and save the planet.