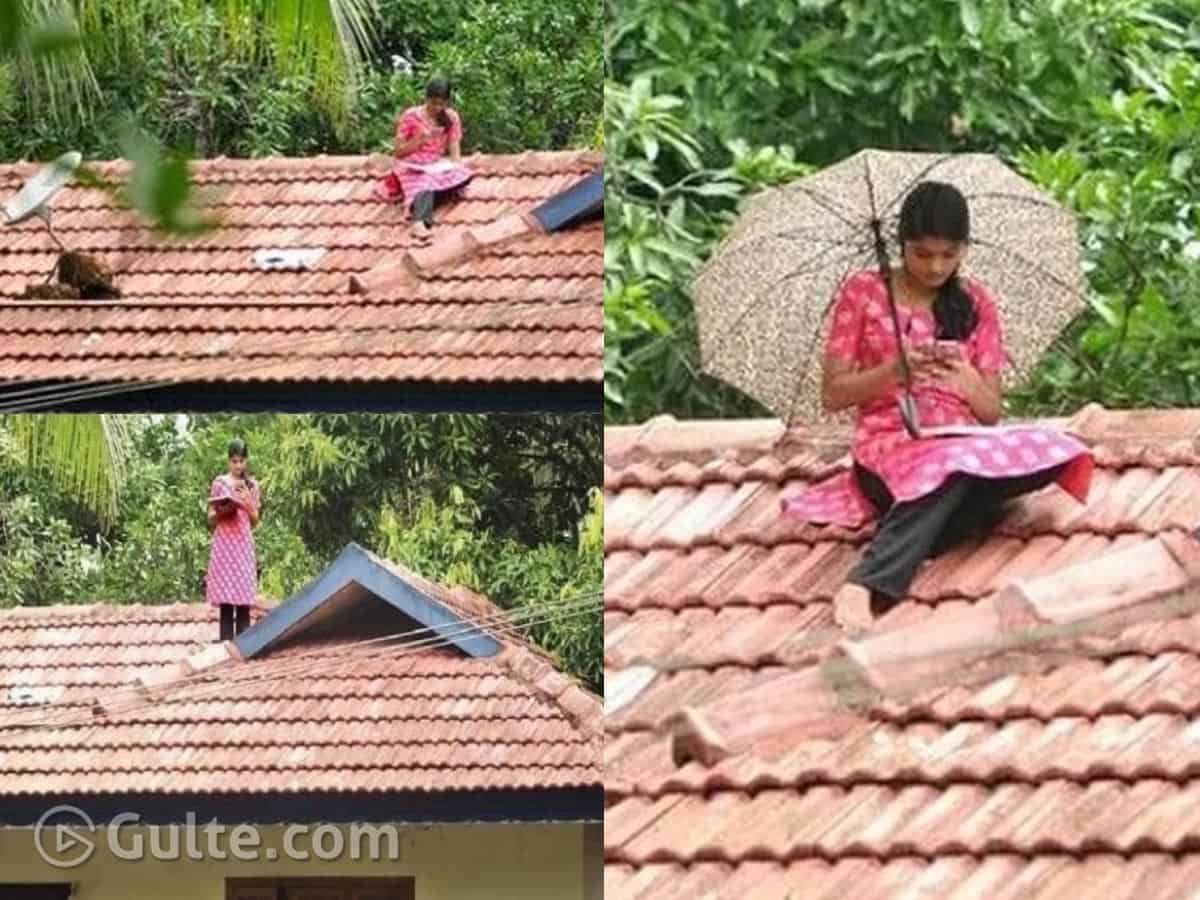 This photograph of a young girl standing on the rooftop of her two-storey tiled house is going viral on social media. The girl is Namitha Narayanan, a 5th year BA English student from Areekkal in Malappuram.

The picture was clicked by a bystander while Namitha climbed her house to catch better signals while attending online classes. Apparently, Namitha tried all the places in her house, including verandas and roofs and finally managed to get a good signal strength on the top of her house.

Namitha is a student of KMCT Arts and Science College, Kuttippuram. Her father is an employee at Kottakkal Arya Vaidya Sala and her mother is a teacher at GMLP school, Malappuram. In an interview after her photograph went viral, Namitha said that there are many more young students who are trying out different ways to get better signals in her area.

Namitha’s parents and their neighbours had approached several mobile phone operators and requested them to provide better connectivity. However, the movie companies expressed their helplessness due to the lack of cable availability.