America Marks The 20th Anniversary Of 9/11 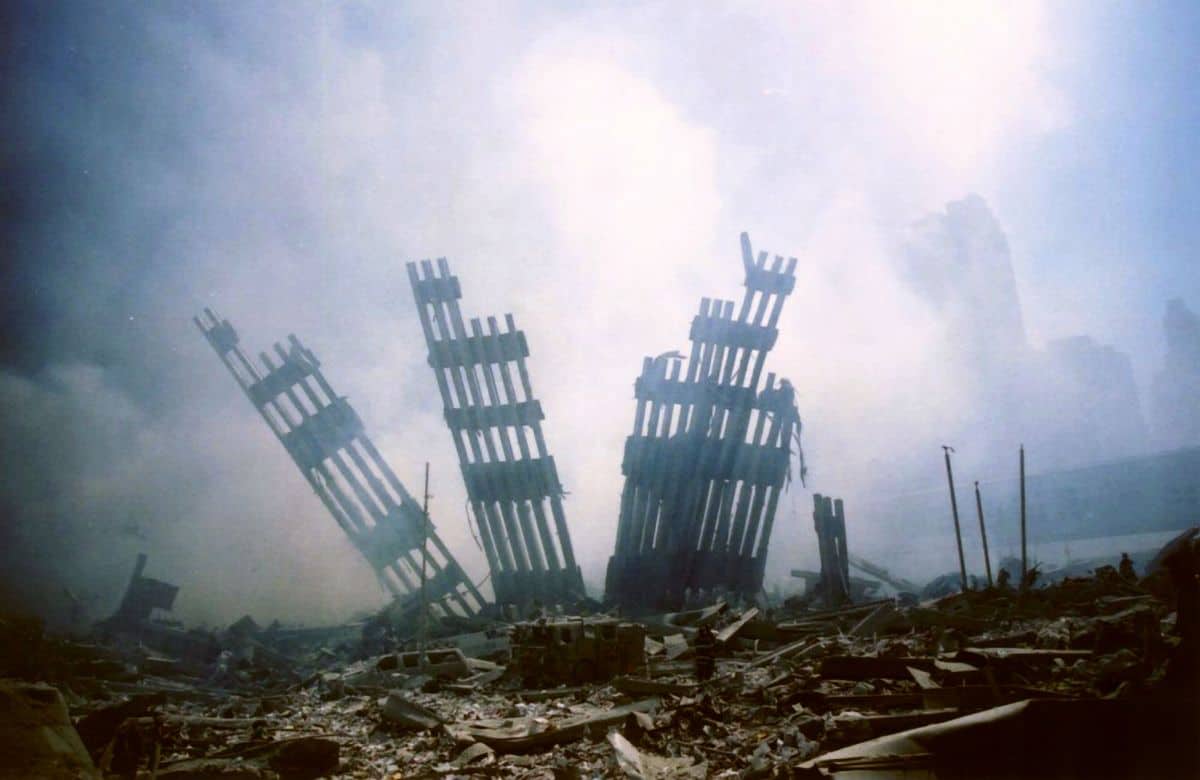 FILE - In this Sept. 11, 2001 file photo, the remains of the World Trade Center stands amid the debris following the terrorist attack on the building in New York. Families of the victims of the worst terror attack on the United States in history gathered Wednesday, Sept. 11, 2013, to mark their 12th anniversary with a moment of silence and the reading of names. The Sept. 11, 2001 attacks in New York City and Washington killed almost 3,000 people and lead to a war in Afghanistan. (AP Photo/Alexandre Fuchs)

9/11 – On that day in 2001 the entire country collectively experienced loss and grief. Americans are still haunted by that event in their subconscious mind and the melancholy lives until the last breath. Americans today live in a constant state of fear, and unfortunately every time a crisis does occur people become more judgmental or distrustful. Today, the world is remembering all those people who lost their lives even after two decades.

On the other hand, the then US President George W Bush defended his decision to invade Afghanistan following the 9/11 attacks in the United States and his action changed the course of history. Al Qaeda chief Osama bin Laden was eliminated in a US raid in Pakistan’s Abbottabad in early May 2011. And now, the Taliban are back to power in Afghanistan.

In the latest documentary titled 9/11: Inside the President’s War Room, Bush said, “I think I was right”, in relation to the decision to go to war with terrorists. “I made some big decisions. Starting with the big thought of America being at war. And those decisions were not made out of anger, they were made with a goal in mind, which was to protect the American people. I think I was right,” Bush said.

“You know, there weren’t any other attacks on America. We’ll let the historians sort all that out. Let’s just say this – I’m comfortable with the decisions I made,” he added. He said that the first plane was an accident, the second one was an attack and the third one was the declaration of war, in relation to the hijacked commercial aircraft slamming into the two World Trade Center towers.

Joe Biden has taken the decision to end America’s longest war and withdraw troops from the Central Asian country. In a video posted on the eve of the anniversary, Biden urged Americans to show unity, “our greatest strength.” “To me, that’s the central lesson of September 11th. It’s that at our most vulnerable, in the push and pull of all that makes us human, in the battle for the soul of America, unity is our greatest strength,” Biden said in a six-minute message from the White House.