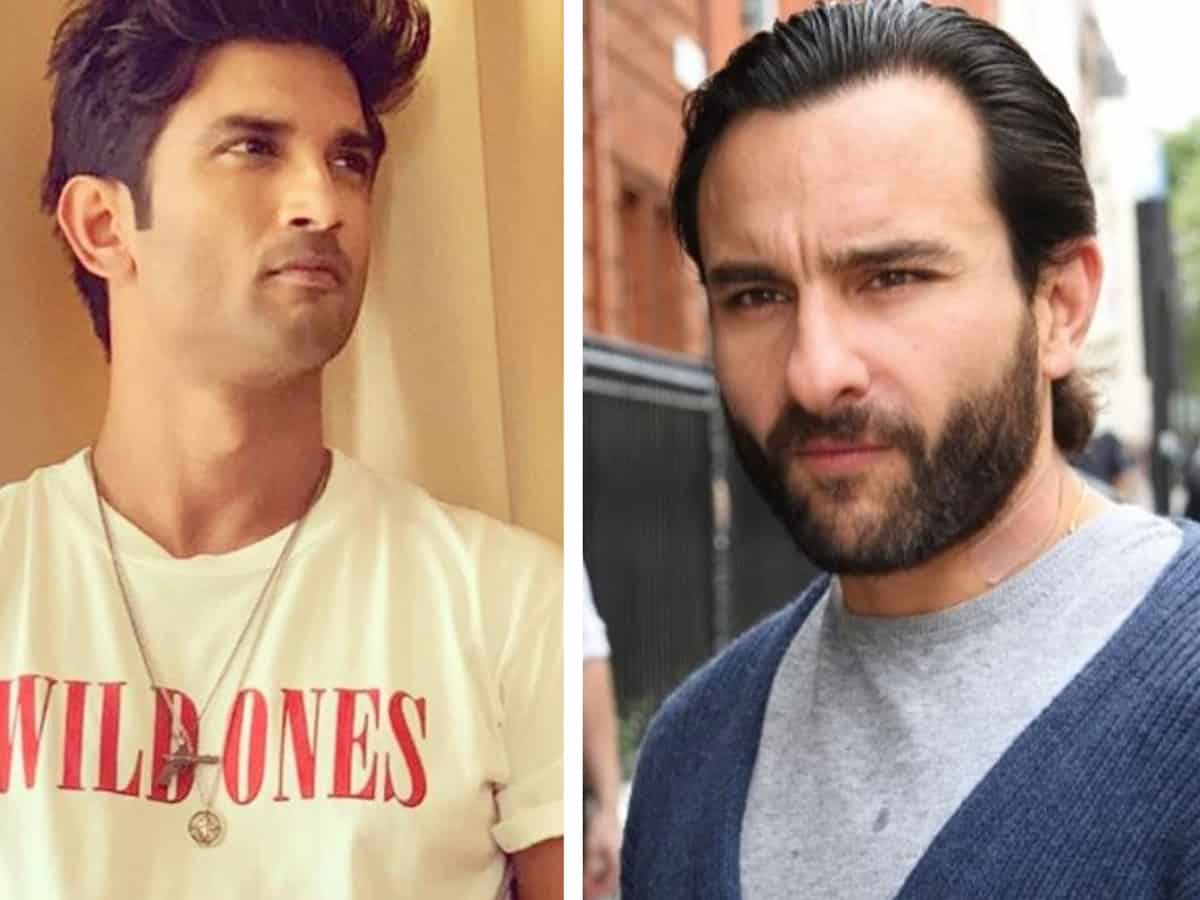 After many celebrities reacted on Sushant Singh Rajput’s shocking suicide, actor Saif Ali Khan Pataudi also expressed his views on the sad incident. But, before we talk on what Saif articulated, let’s know that the dark secrets and ugly truths of the Bollywood industry, or be any film industry for that matter, which has been unveiled by various personalities.

“It might sound cowardly but I do agree that if you speak out about the casting couch, it will end your career” – said by Ileana. “I was told the hero has to be fair and good looking to be famous in North India” – said by Dhanush. “Every morning It was a struggle to wake up in this showbiz”- by Deepika. What made these actors say harsh truths? Well, certain beauty standards, fixed nepotism, compulsory casting couch and domination by a few big families are the probabilities of these struggles.

Now talking about Saif, the actor has opened about the hideous truth of the industry and it is something that we admire today. Saif lashed out at stars who are writing caring and affectionate messages to Sushant after his death. He said “The industry don’t care about anybody. It’s a very cutthroat line of work. But to pretend that you do care is like the ultimate hypocrisy and I think that’s an insult to the dead It’s an insult to the soul that’s gone”. Being a star kid himself, Saif pointing out the realities is applaudable.

The Pataudi added that it would be more believable and appropriate if one remains silent than pretending as you care. He added that there are some people in the industry who are gaining mileage from the death of the young actor. “There are so many people who’ve made comments so quickly. And it just seems to me that people are somewhere gaining some mileage from this poor fellow’s tragedy, you know, whether it’s to show compassion or to show interest or to show some political stance. So many people are talking rubbish in this nonstop kind of barrage on social media and it’s just embarrassing, really”.

Unfortunately, not only Bollywood, the whole Indian film industry suffers from too much nepotism with a huge flag-bearer of heartlessness. Apparently, the sports industry is somewhat safe from this ugliness. But, nepotism has started its downfall and with Sushant’s case, it is leaving people intolerable., which is a good sign.