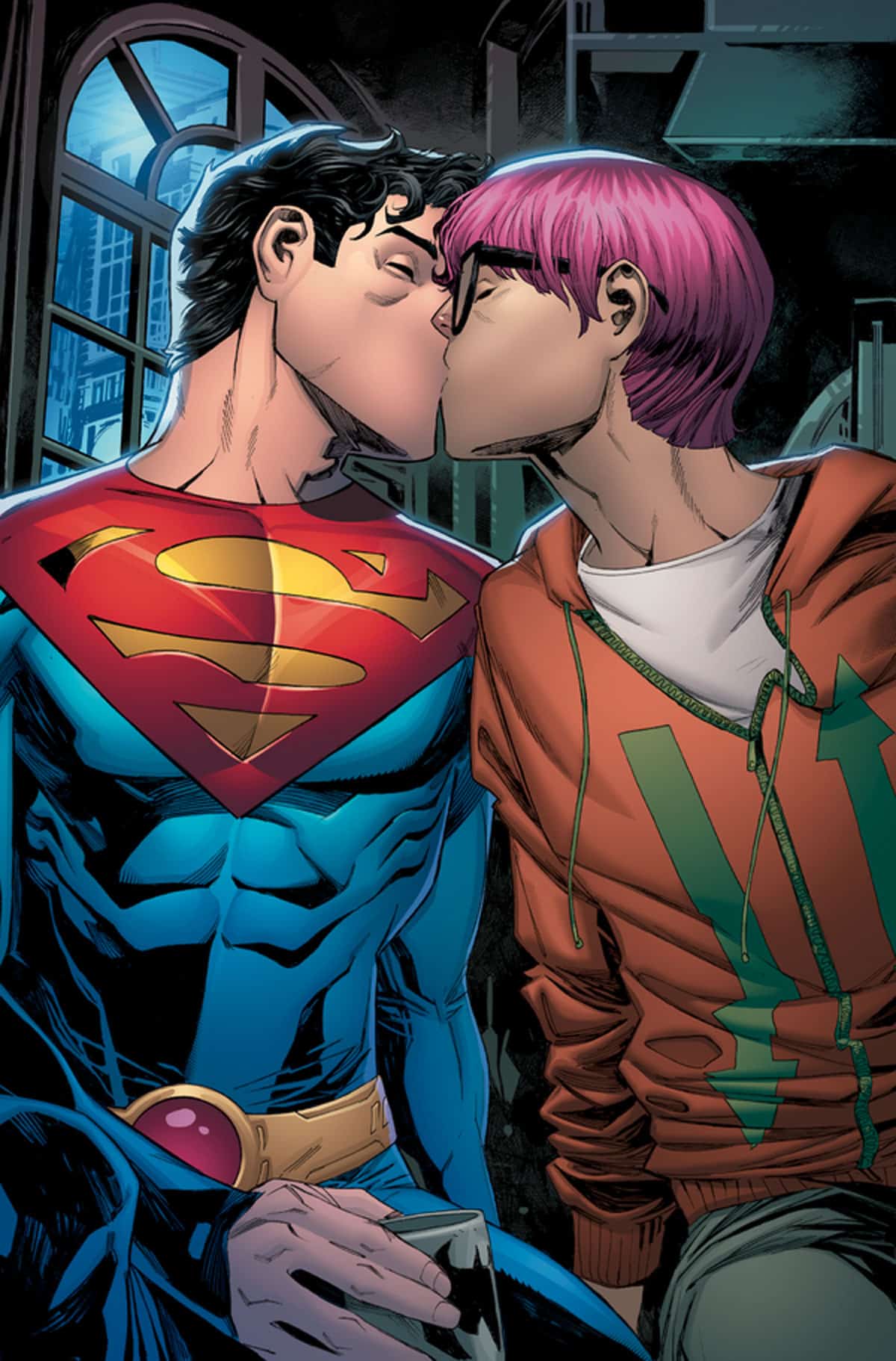 The ardent fans of Superman are aware of the fact that there is pink Kryptonite in the comics which makes Superman gay. That was the real story in the original comic books. And today, on an annual LGBTQ awareness event, the National Coming Out Day, DC Comics made a new announcement stating that in the next comic book issue of Superman, the main character would be involved in a homosexual relationship with his friend Jay Nakamura.

The new series, where Jonathan Kent will take over from his father Clark Kent, is titled ‘Superman: Son of Kal-El’. Duo To Be Romantically involved, the issue showed that Jon had struck a friendship with Jay Nakamura, a pink-haired reporter. According to the international publication BBC, DC Comics stated that the pair will be romantically involved after Jon burns out mentally and physically from trying to save everyone he can.

The latest tweet shows a picture of Jon and Jay sharing a kiss. The series writer Tom Taylor said that he gave a thought on what Superman should do in the present age when he was given the opportunity. “It struck me that it would be a real missed opportunity if we replaced Clark Kent with another straight white saviour”.

He was elated to learn that DC Comics were already thinking over the idea of the new Superman being a bisexual. The writer said that there had been a fundamental shift in people’s mindsets in recent years. He said, “Ten years ago, five years ago, this would have been more difficult, but I think things have shifted in a welcome way”. Nevertheless, Superman represents the best of humanity. He is the thing that we are supposed to aspire to.