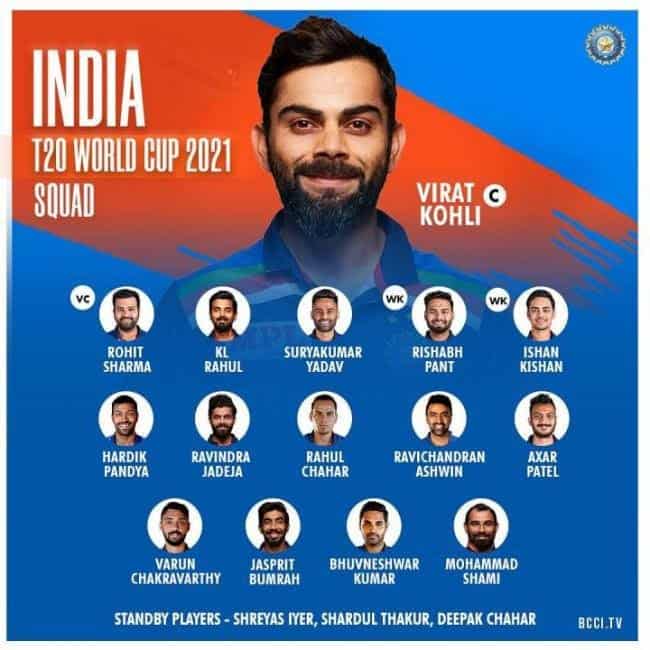 The T20 WC is just around the corner. Before mentioning the whole Indian squad, there has been one change to ICC Men’s T20 World Cup 2021 squad, calling up the fast-bowling all-rounder Shardul Thakur, and leaving out Axar Patel. The spin-bowler all-rounder Axar will now join the list of standby players and it is the only change to India’s side named so far.

Shardul Thakur, who has played 22 T20Is for India and has 31 wickets, has emerged as a reliable batter and has impressed with his 18 wickets in the ongoing IPL for Chennai Superkings. In their release, BCCI also confirmed that Avesh Khan, Umran Malik, Harshal Patel, Lukman Meriwala, Venkatesh Iyer, Karn Sharma, Shahbaz Ahmed and K Gowtham would all be part of the bio-bubble to assist the squad in the preparations for the mega-event.

The T20 World Cup will be played primarily in the UAE – where IPL 2021 is also currently in progress – with some games of the preliminiary stages in Oman.