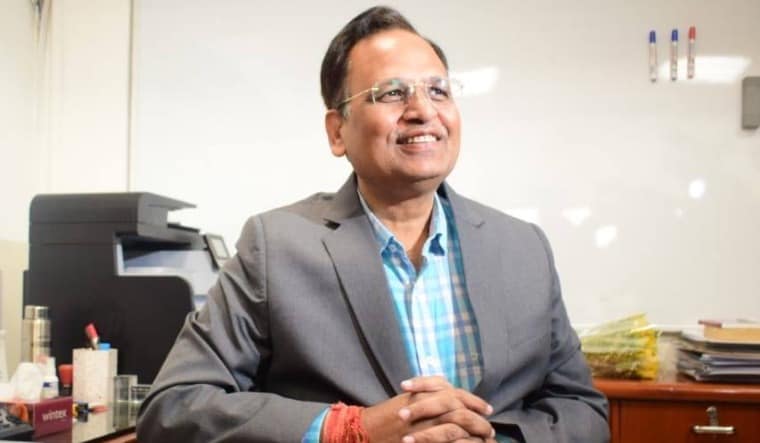 Delhi health minister Satyendra Jain, who tested positive for Covid-19, has been put on oxygen support at the ICU of Max Super Speciality Smart Hospital in Saket after his lung infection increased. He was reportedly diagnosed with pneumonia.

Fiftyfive-year-old Jain had developed a lung infection during the treatment for Covid-19 at Rajiv Gandhi Super Speciality hospital on Tuesday. Government sources said that he faced difficulty in breathing and during the CT scan, it was found that the pneumonia patch in his lungs has widened. His condition is slightly critical, doctors said.

Meanwhile, Delhi Chief Minister Arvind Kejriwal said that Jain complained about giddiness since Friday morning. His condition is being monitored, he said.

Initially, Jain complained of fever and a drop in oxygen levels but he had tested negative for the virus. However, as his symptoms persisted, he was tested again on Wednesday and the results were positive.

Last week, Delhi CM Arvind Kejriwal was tested after he developed mild fever and complained of a sore throat. His swab samples tested negative for Covid-19.