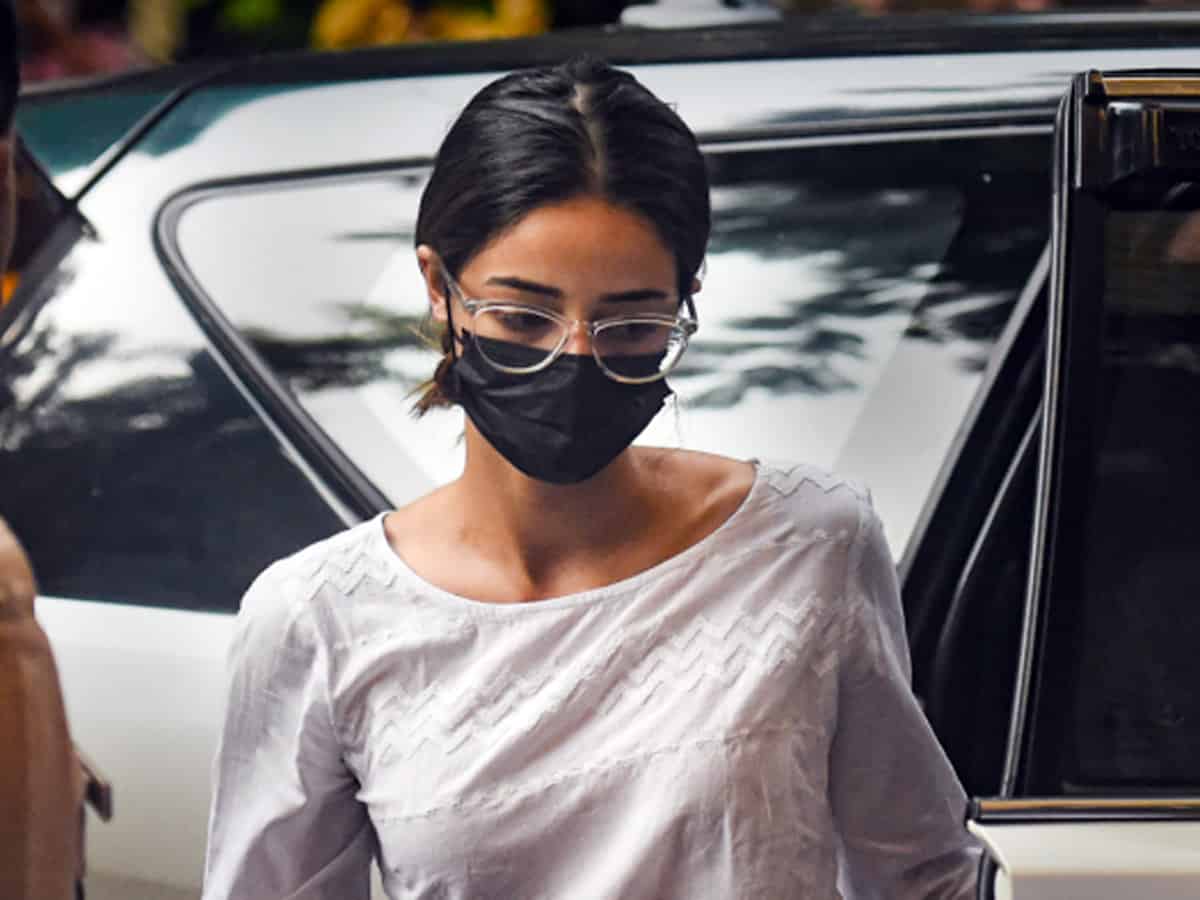 Bollywood actress Ananya Panday, who is about to make her Telugu debut with Puri’s Liger, has been summoned twice by the NCB over a drug case involving Shah Rukh Khan’s son Aryan Khan. In the latest update, Ananya has reportedly been grilled over ‘suspicious financial transactions’ by the Narcotics Control Bureau.

She was also reportedly questioned about her WhatsApp chats with Aryan, who has been arrested by the NCB in the Mumbai Cruise Ship drug bust. Ananya, who is fully occupied with a huge line-up of films, has been called twice by the NCB for questioning after a raid at her house. Her mobile and laptop were also seized.

She will further be summoned again on Monday, October 25. But, ANI reports that the actress was grilled over suspicious financial transactions and also in connection with WhatsApp chats with Aryan Khan, which is a huge blow to Panday family. It was also reported that Ananya apparently told the NCB during her questioning that she may ‘know someone who can supply, or has once or twice supplied drugs’ to Aryan Khan.

Every time Ananya was called by the NCB, her father was along. Meanwhile, Aryan’s custody has been extended till October 30, 2021. His bail hearing in Bombay High Court has been scheduled for October 26.