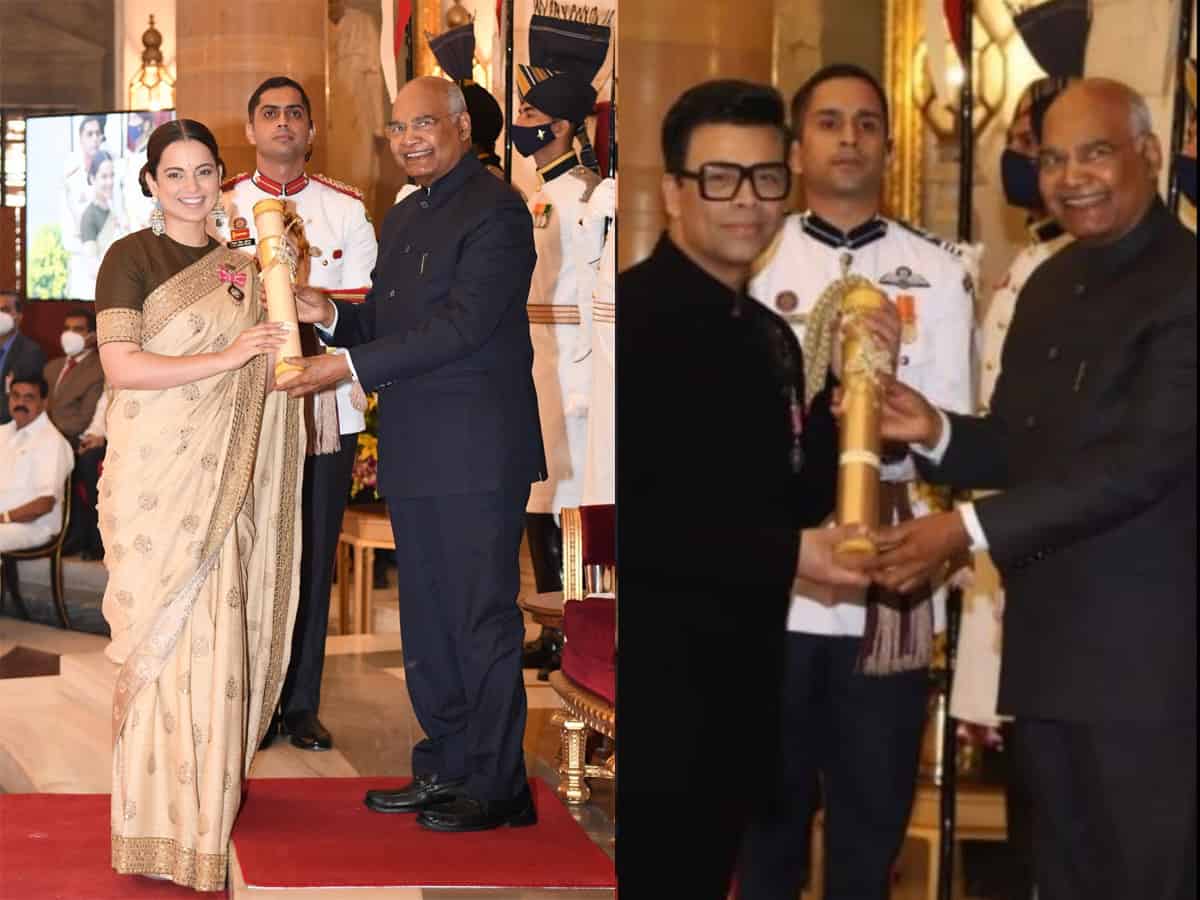 Whatever Kangana Ranaut speaks, it is a must headline or a sensation, at least from the last two or three years. The actress had been picking up hot topics and her style of making statements is making it a burning topic. Her recent comments on India’s freedom and her answer to trolls on Padma Award, all made it to the news. The actress has not stopped there but made some comments on Karan Johar yet again.

Kangana Ranaut and Karan Johar, both received Padma Awards on the same day, but Kangana says she could not spot Karan Johar at the event. She also knows why. The actress again reveals that the event organizers made sure that the two celebrities receive their awards in completely different time slots, so they won’t have to face each other, thanks to the feud between them.

Kangana has been criticizing Karan Johar for nepotism for a long time and when asked about the possibility of meeting Karan at Padma Awards, she said, ‘I tried to spot him around and he wasn’t there. I would have spoken to him. There can be conflicts and disagreements but that doesn’t mean that you do not believe in co-existing. That’s what I speak about and giving equal opportunities to all, be it outsider-insider, underprivileged, nepotism. I encourage co-existence of all kids so I was not going to misbehave.’

Karan Johar and Kangana have been avoiding each other ever since the criticism from the latter went way too high after the Koffee with Karan Event, wherein Kangana called the host ‘the flag bearer of nepotism.