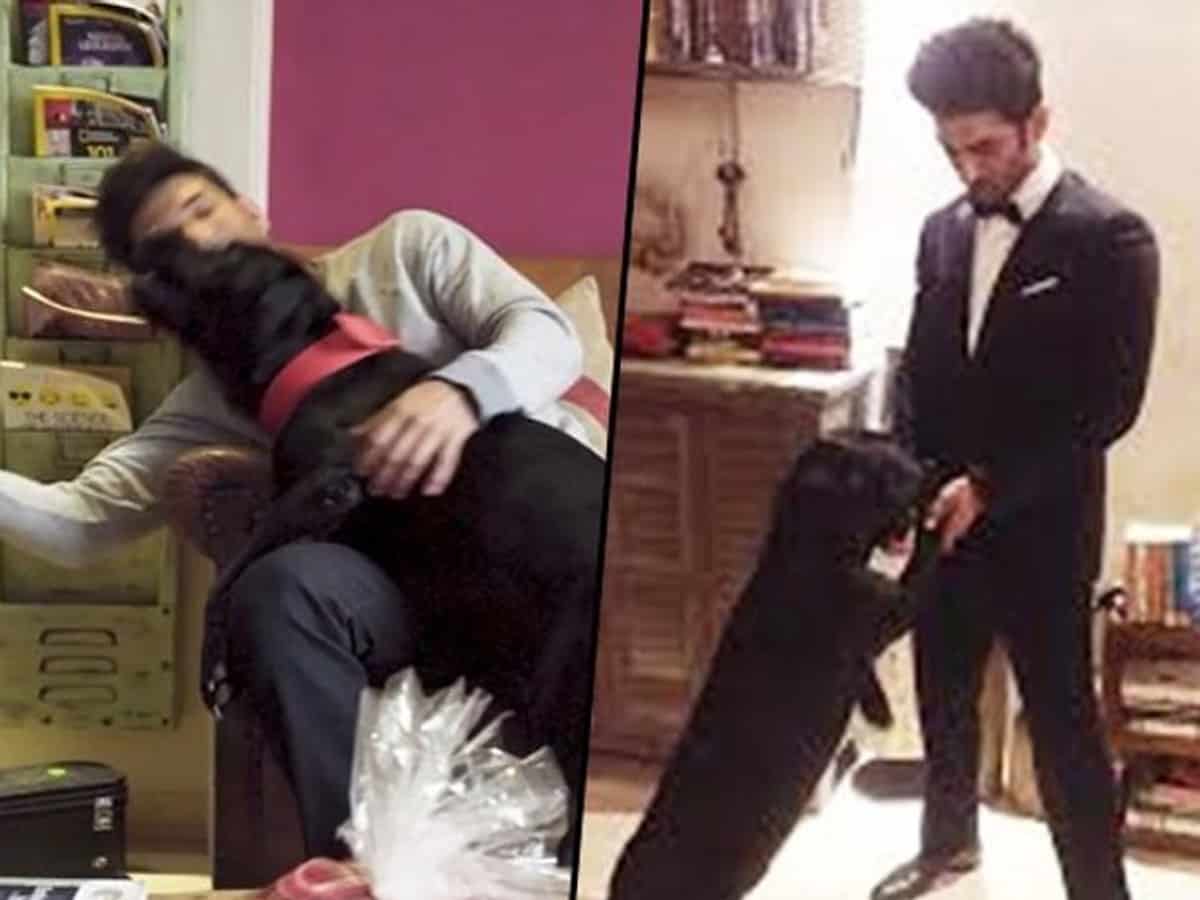 B-town’s young and talented actor, Sushant Singh Rajput’s suicide came as a big blow this year after losing a few prominent Indian actors recently. Back to Back death news of favourite stars have left cine-goers in great sorrow but, Sushant’s death caused deep saddening among his fans. Also, the late actor’s black labrador, Fudge’s pics and news on its howabouts are circulating on the internet ever since Sushant’s death.

The pictures depict the dog’s emotional state and grieving process after losing its best friend, Sushant. These pictures also made everyone teary-eyed, looking at that poor fur baby. Usually, when a dog loses its close and cherished companion, who would basically be its owner, it suffers just like humans and grieving is pretty normal for animals. Many dogs express their grief with physical symptoms or behavioural changes. Here, Fudge is said to have stopped eating food, having a great impact on its well-being.

Now amid Fudge’s videos and pictures, one more news started going viral and it claimed that the dog had passed away today after unbearable grieving. However, with thorough fact check, it is learned that Fudge is very much alive and is doing okay now. Also, Sushant’s four other dogs are also pretty fine. They are currently staying at his residence in Pavna. The videos and pictures of Fudge are already heartbreaking and it is pathetic on those who are creating such rumours.

The happy old clippings of Sushant playing with his dogs at his residence, their outings and sweet moments have made netizens request the late actor’s family members to provide additional love and affection to the pets. And, these baseless rumours are leaving fans infuriated and asked people to be compassionate in this fragile moment and stop spreading rumours anything related to Sushant.