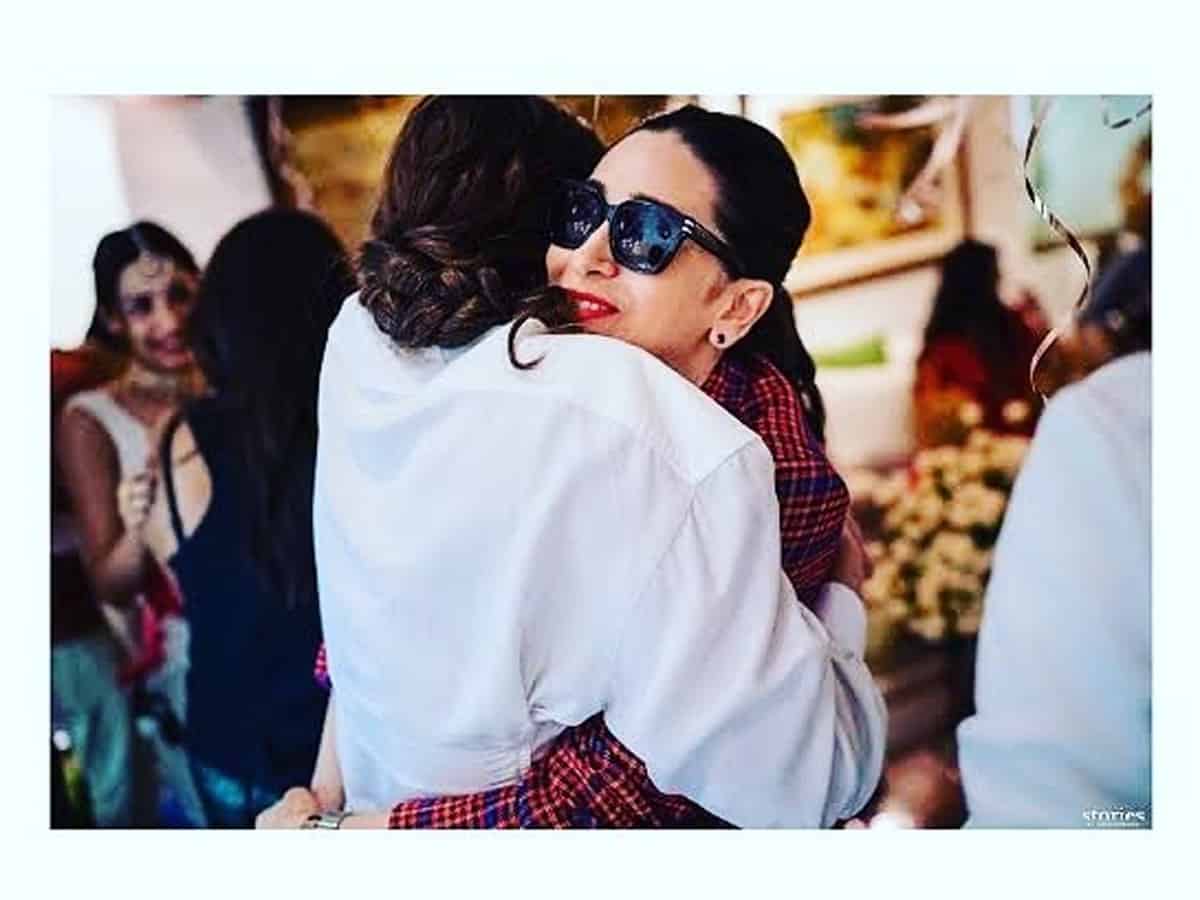 After Sushant Singh’s suicide, the topic of nepotism has reignited in B-town and netizens slammed almost all the star kids who have said to be enjoying their struggle-less privileges in their respective careers. Among many star kids, Anil Kapoor’s daughter Sonam Kapoor was also trolled and criticized in terms of being a nepotism product. But, Sonam broke her silence unlike other star kids and was quick to give it back to people who slammed at her.

Her proud Fathers’ day message stating that she shows pride in being a daughter to an actor like Anil Kapoor, Sonam was soon labelled as arrogant and egoist. The actress also disabled her comment section on Instagram after netizens highlighted her one of the old interviews where she is seen making faces when asked if Sushant was hot or not. Amid many, one more action by Sonam has irked Twiterrati and that is….

As Karishma Kapoor celebrated her 46th birthday, Sonam Kapoor wished the actress, but with a nepotism touch. “Happy birthday Karisma Kapoor. You are our inspiration for hard work, determination and doing things no matter the challenges. Also, thanks for paving the way for the Kapoor girls in movies… If it weren’t for you, we all wouldn’t be here. Love you,” Sonam wrote. (Which means, Sonam was giving credit to Karishma for making it easy for her and also for Kareena and Janhvi to enter into movies)

In the comments section, Karisma Kapoor thanked Sonam and wrote: “Aww! So sweet, darling. Thank you. Love you too.” As we know, Karishma was one among very few first star kids to come on big screens. But, she made her mark with her talent and charisma. Karishma was also one of the first ladies from Kapoor Khandan to enter into films and earn a huge fan base all by herself.
Ergo, netizens once again did not leave the opportunity and trolled Sonam saying that she is nothing when compared to Karishma’s talent. Karishma has been called as an exception in nepotism subject and stars like Sonam needs to do a lot of hard work to achieve the former’s status, came in the comments.