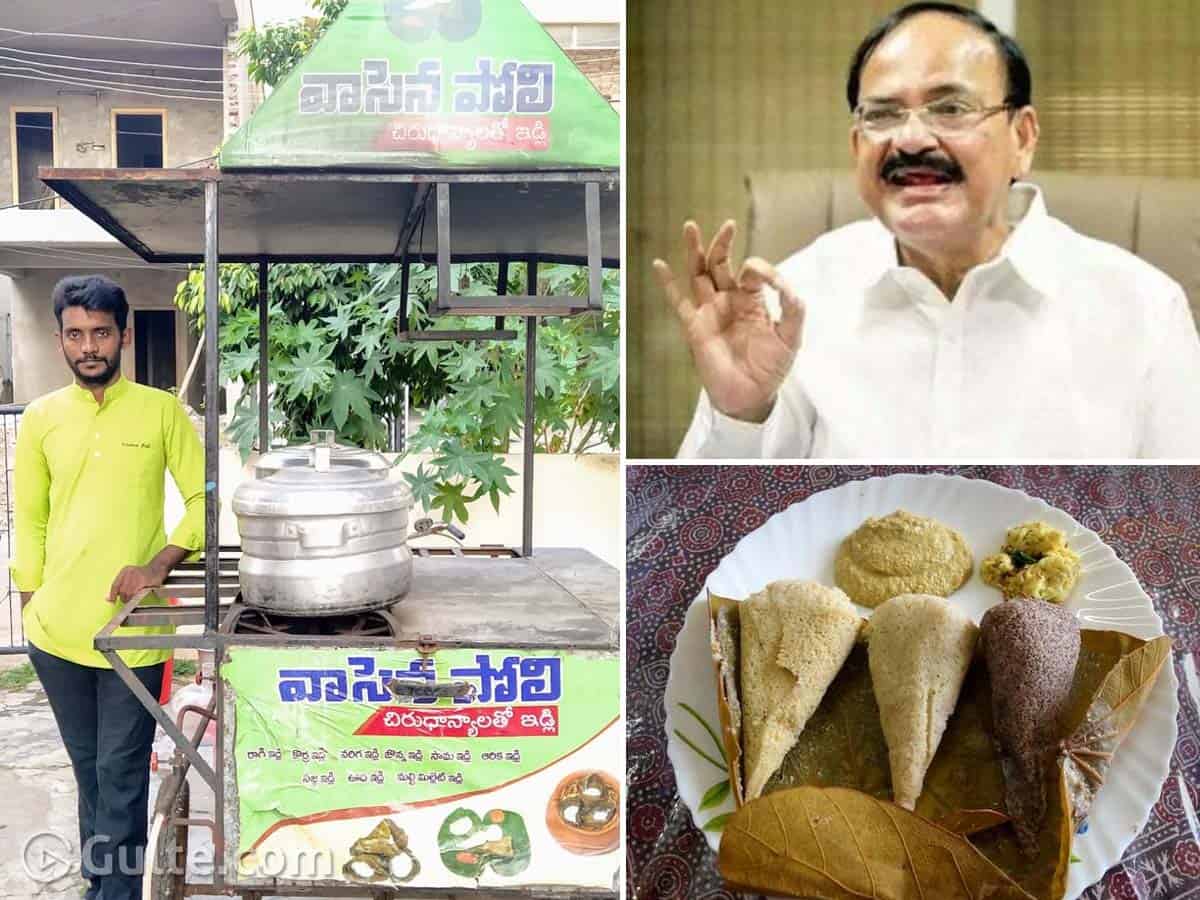 Vice President Venkaiah Naidu was inspired by a youngster from Vizag who runs a breakfast centre that makes traditional foods with millets such as maize, raagi, sorghum and others. This morning Naidu had idli and was floored by the amazing taste.

Taking to his Twitter, Venkaiah wrote, “This morning, I had Vasena Poli’s Idli. Seemed very tasty. Everyone should be encouraged to eat a healthy similar diet. Young people in particular need to improve their health through such a diet.”

He also shared pictures of the Sudheer and millet idli. Venkaiah’s tweet will certainly make the food lovers to hit the place.