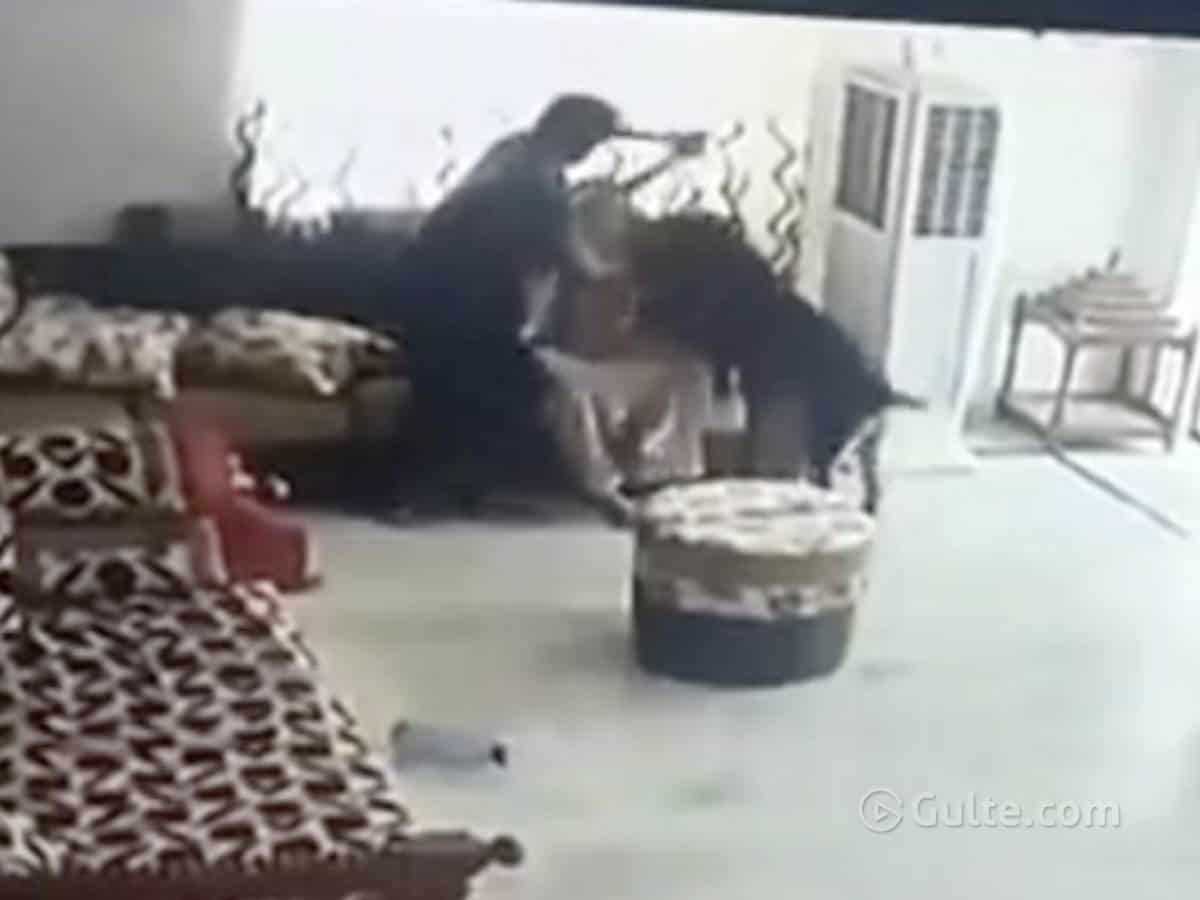 Suicide or murder: Pilot takes techie wife to hospital after finding her
hanging in their house.

The CCTV footage of a man assaulting his wife in the living room even as their pet dog tries to intervene had gone viral on the internet in the last 24 hours. At the end of the footage, the woman is seen walking away catching her stomach in pain.

Similarly, video of a woman pleading TS Chief Minister K. Chandrsekhar Rao to hang the husband of their daughter who died by suicide, unable to bear the harassment by him was watched by millions of internet users. If the CM cannot hang that man, the woman wanted Cyberabad Commissioner Sajjanar to kill him in an encounter like he did with the accused in the sensational Disha case.

According to reports, the CCTV footage belonged to M. Lavanya Lahari (32), who worked as a techie with an MNC till last year in Hyderabad but hanged herself to death unable to withstand the torture meted out by the man in the visuals, her husband, as she was not able to bear children.

Her husband, Venkateshwar Rao (35), is a pilot with a commercial airline, and he was arrested following his wife’s death. The couple live at Shamshabad in the suburbs of Hyderabad.

Lavanya blamed her husband for her suicide and even uploaded a video on the social media about the physical and mental torture she had been put through by her husband. This video is in circulation among her friends and relatives.

Her parents demanded that Rao either be shot in an encounter or hanged in public view so that no other man would torture his wife as Rao did to their daughter. They even suspected that Rao had killed their daughter and tried to picturise it as a suicide.

The duo got married eight years ago and everything was alright for some time. Later, differences cropped up and they had disputes frequently though Rao married Lahari after falling in love with her.

On Thursday night too, the duo had an argument and Lahari mentioned, in the suicide note, that her husband was having an extra-marital affair with another woman working along with him, police said.

Her mother Taramani, principal of a government college at Darsi in Prakasam district, claimed that her daughter was an intelligent girl and that Venkateshwar Rao was behind her for two years. He promised and convinced us saying that he would take care of our daughter and married her, she recalled. At that time, he was not employed, she added.

Taramani blamed Rao for her daughter not bearing children. She said that her daughter had miscarriages thrice and that the last time, in 2019, when Lahari was a six-month pregnant, Rao hit her in the stomach.

Police said that on Thursday, Rao reached home in the evening and then around 11.30 pm, her parents received a call that Lahari had hanged herself and that she was admitted to a hospital. Immediately, they started off to Hyderabad from Darsi.

Lahari’s mother said that in Deloitte, where their daughter worked till last year, she got opportunities to work abroad four times but her husband did not send her. “We requested him to send her at least for a month but he was adamant,” her father Eswaraiah, an ex-serviceman said.

Police said that during the recent lockdown, Rao and his female colleague, with whom he had an affair, had flown to Bengaluru and other places.

“Noticing the hotel bills in his trouser pockets, Lavanya questioned him. To this, he said that he would marry that woman and that she also can stay with them. Even his parents also told the same to our daughter,” Lavanya’s parents said.

Police registered a case against him under sections 306 and 498A of the IPC.